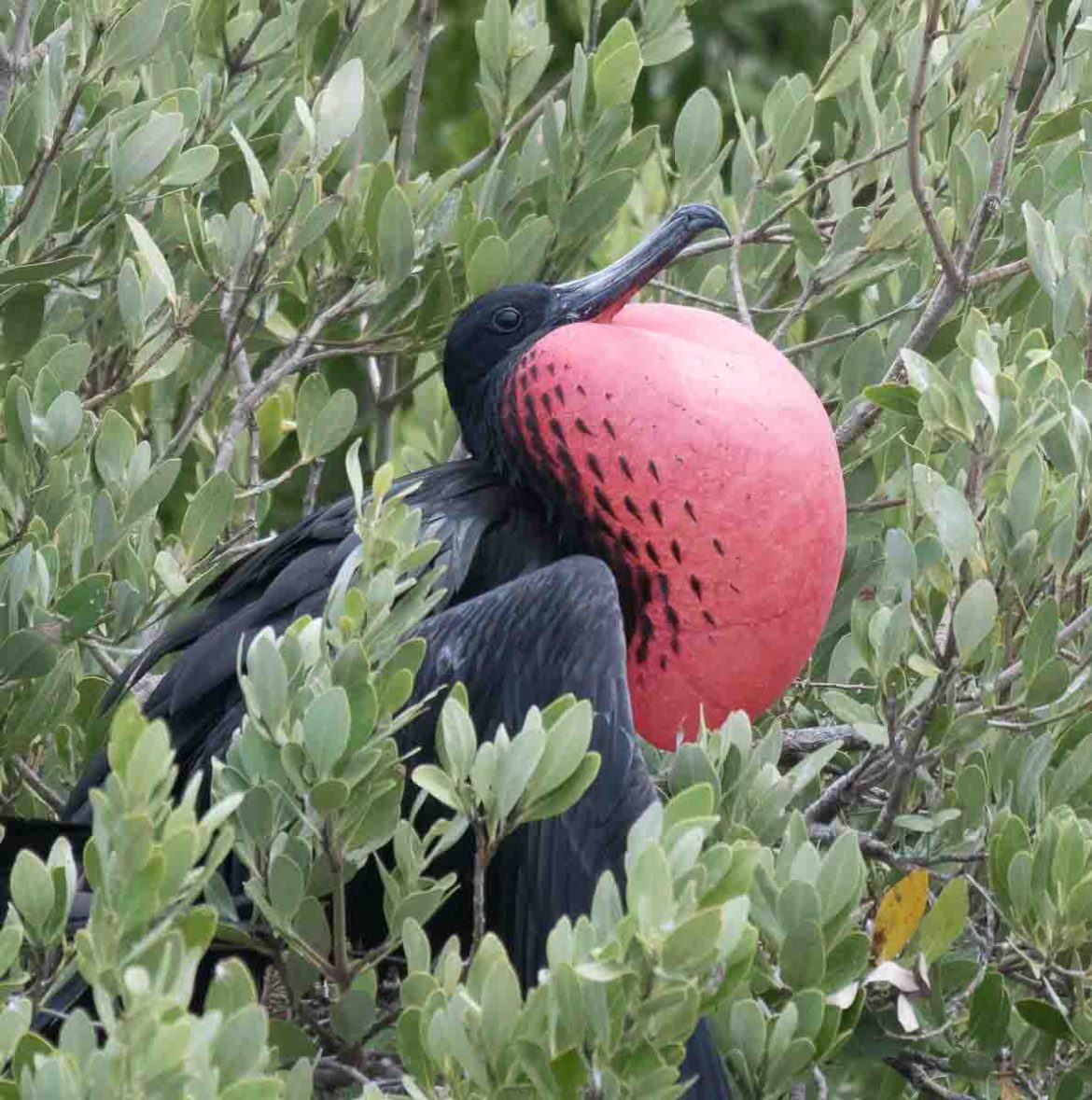 And mating is what it’s about on Isla Contoy. Magnificent Frigates are fairly common worldwide but their numbers are declining in the Americas because development is threatening the breeding grounds. So while Isla Contoy attracts some 150 different kinds of birds, from warblers to seagulls, none is as important as the Magnificent Frigatebird.

The mid-March day we visited, the Frigatebirds seemed oblivious to the intrusion.  Narrow wooden walkways lead to within a dozen yards of the breeding grounds, and from there you can watch and take photos without creating a disturbance. It truly did feel like we’d stumbled on another time. And for those three hours, time seemed to stand absolutely still.

A veteran birder shares the secret of her success: Learning to listen

This is a wonderful site by some people who together have all the skills to make an exceptional Website for promoting the plight and the beauty of all birds. As I am someone who peers in at the bird watchers, watching the birds, hoping one day if I set my mind to it, I will catch the itch as well. I live right by Prospect Park in Brooklyn and I see so many birders in the Spring and Fall when I am jogging. I always feel that I should be birding not jogging…one day. I love the stories and photos and I think I can rely on Flying Lessons to steadily educate myself and spark my passion as well. Thank you Anders and Beverly for letting us peer in with you!!! And Congratulations on finding a way to give back to the birds.