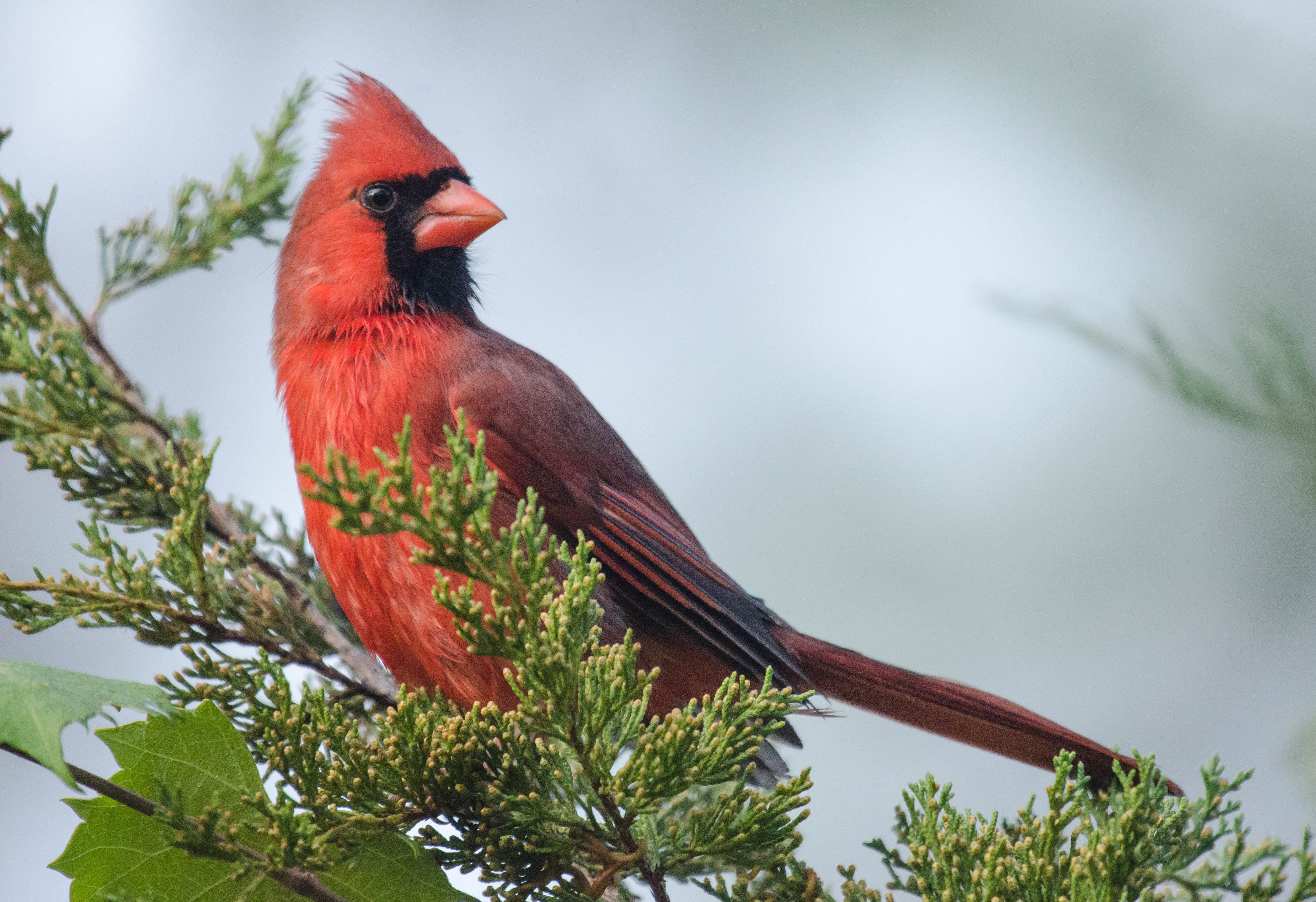 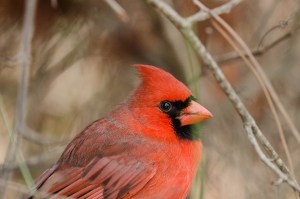 A dull day was transformed as the pair paused to show off their stately profiles. We came home and promptly elevated the Northern Cardinal to “Bird of the Week” status here at Flying Lessons. 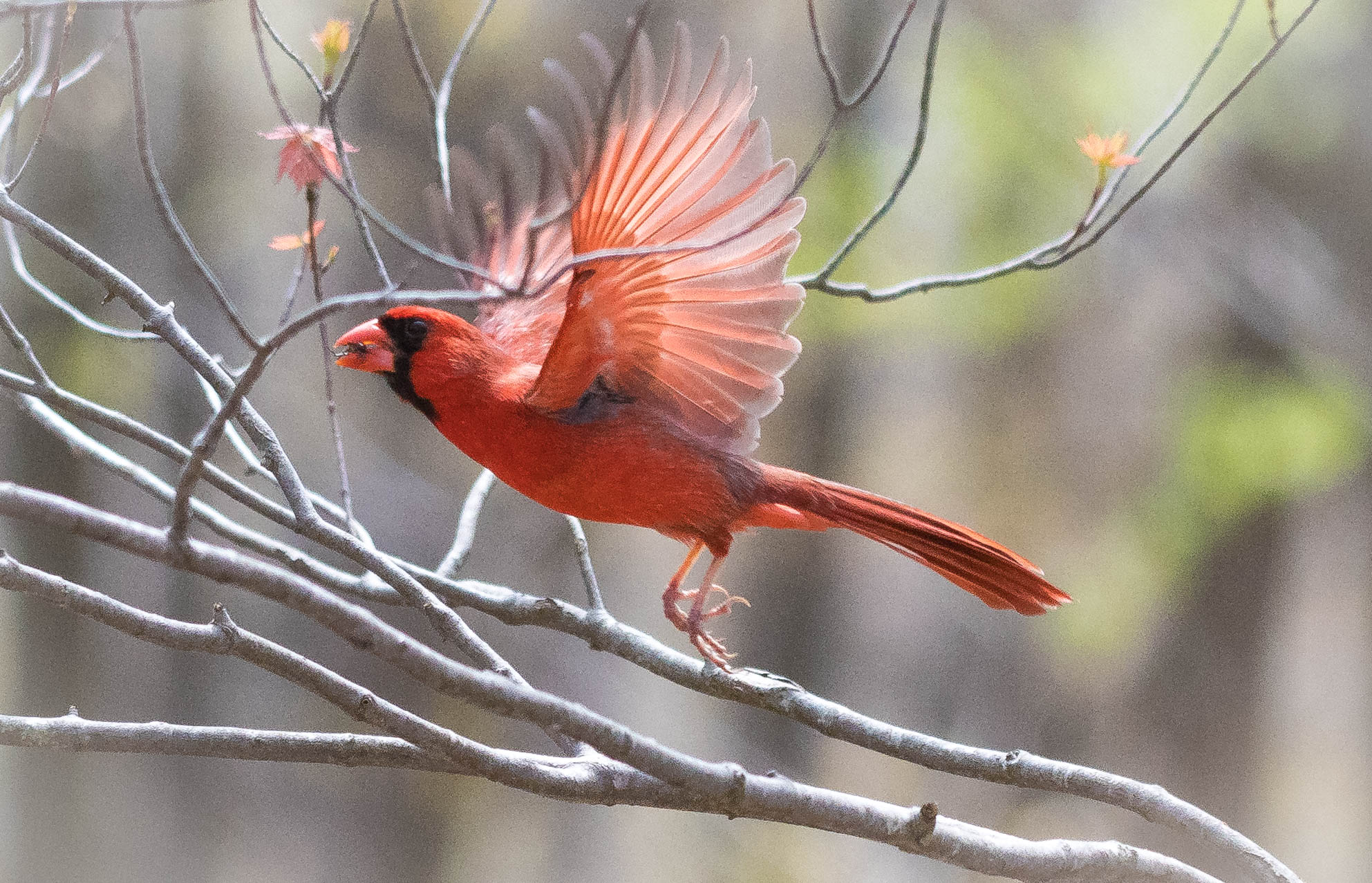 The Cardinal is a fortunate species in several ways. Its numbers are growing at a time when many are in decline. It’s been able to adapt to change, expanding to varying habitats. Since it doesn’t migrate, the Cardinal can instead devote its time to staying healthy and multiplying.

If you’re lucky enough to have a bird feeder stuffed with sunflower seeds, you’ll already know that the Cardinal is one of the most common backyard visitors. Not a shy one, this bird. It puts up with people, even in close proximity, which lets us get a good look when they come our way.

Perhaps all of this has helped to make the Cardinal one of the most popular birds in its range. The Northern Cardinal is the state bird of seven states – outranking any other bird. (The Mockingbird is second with six states.) 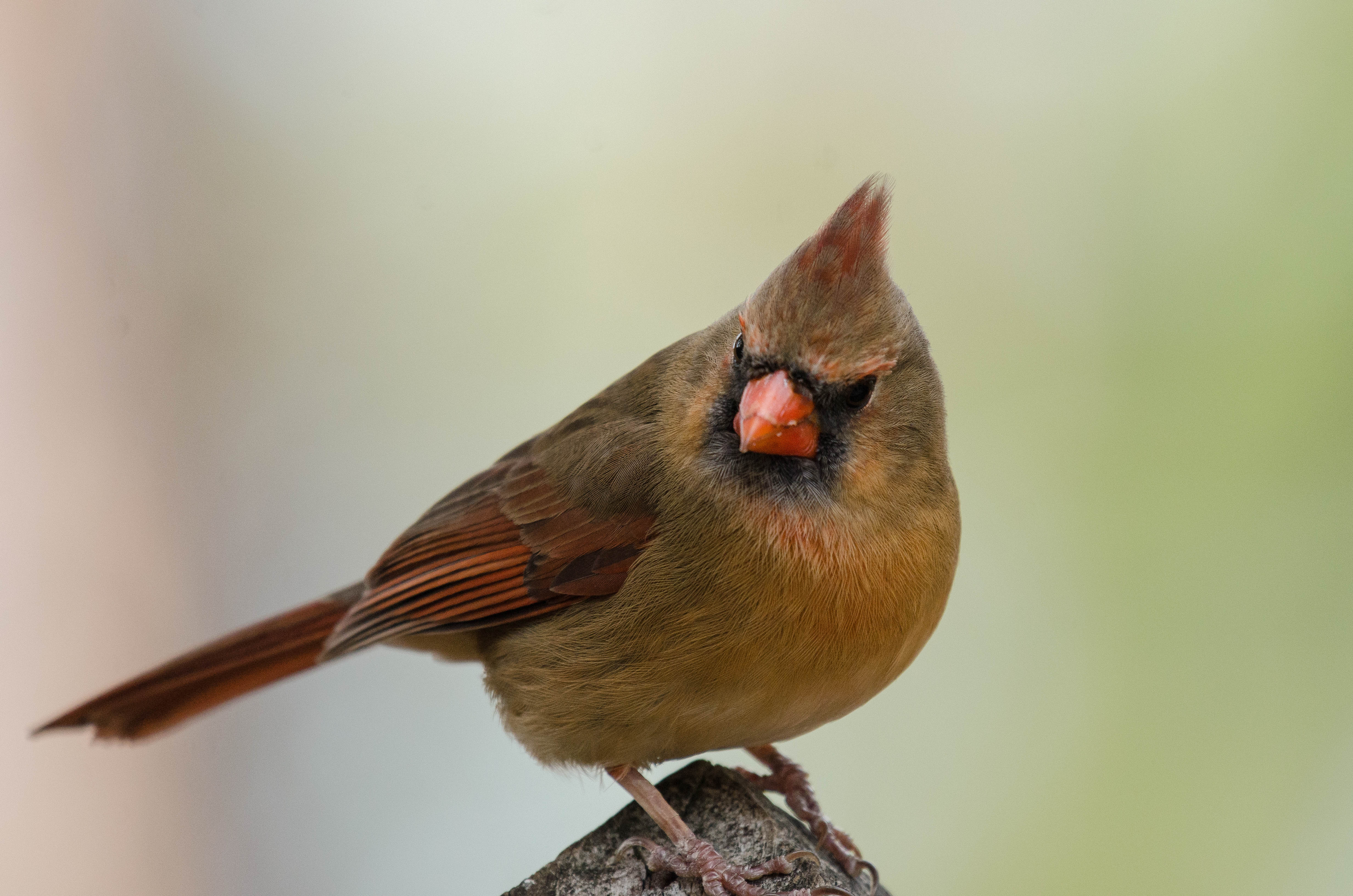 The male Cardinal’s flame-red plumage is due to its diet and is made brighter in winter by a couple of factors:  They’ve generally finished molting, so their feathers are fresh and new. Secondly, natural selection favors the reddest males, as the brighter their plumage, the more attractive they are as mates.

All of this combines to make the Northern Cardinal a delightful antidote to winter.

Here’s a gallery of Cardinals, striking a pose from almost every angle: 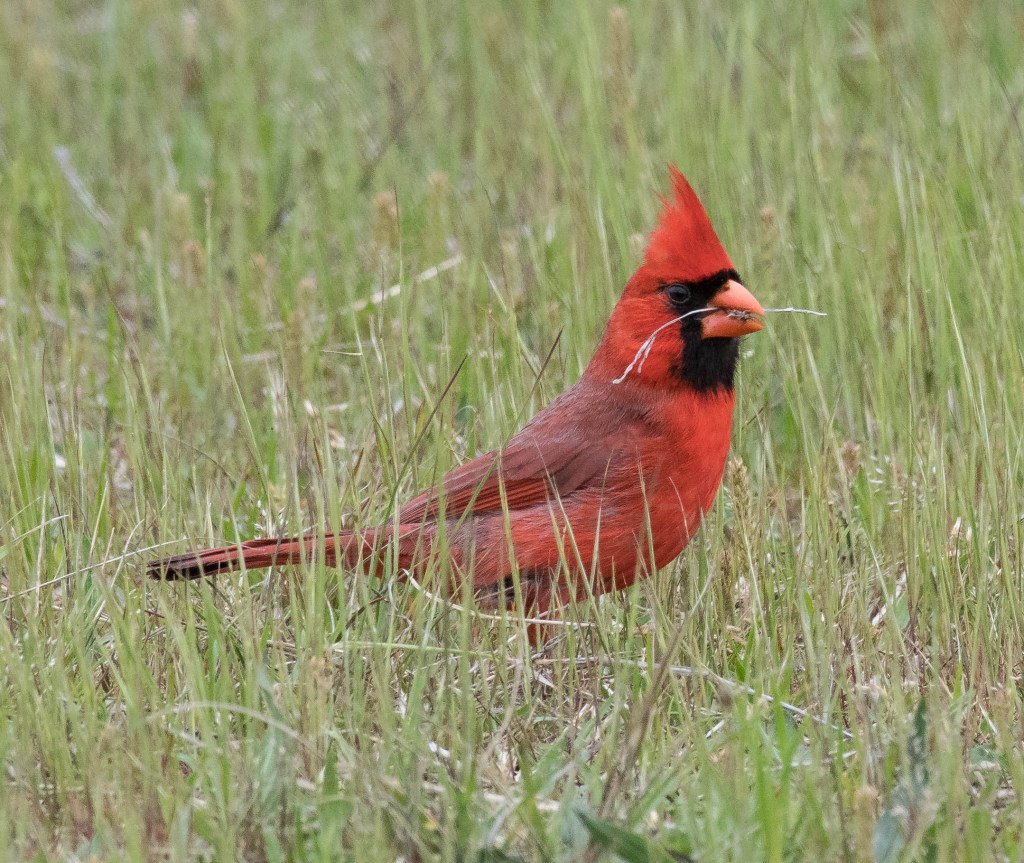 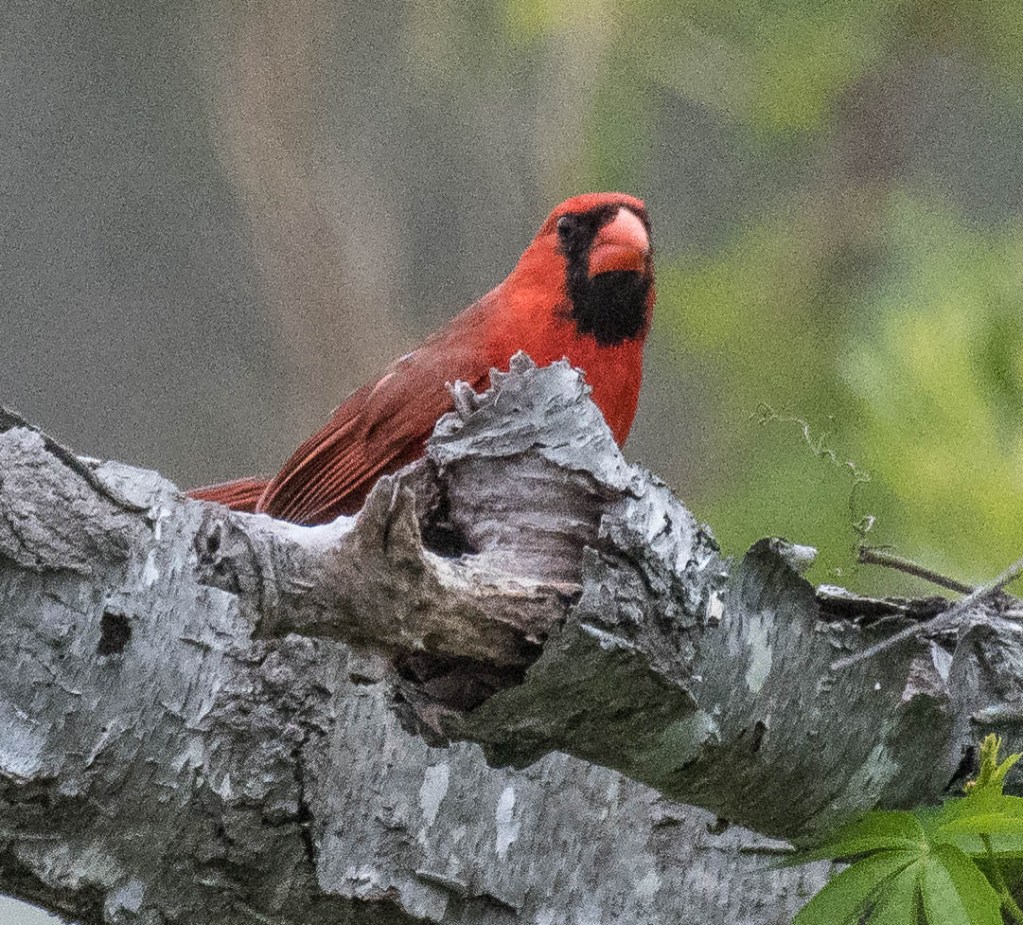 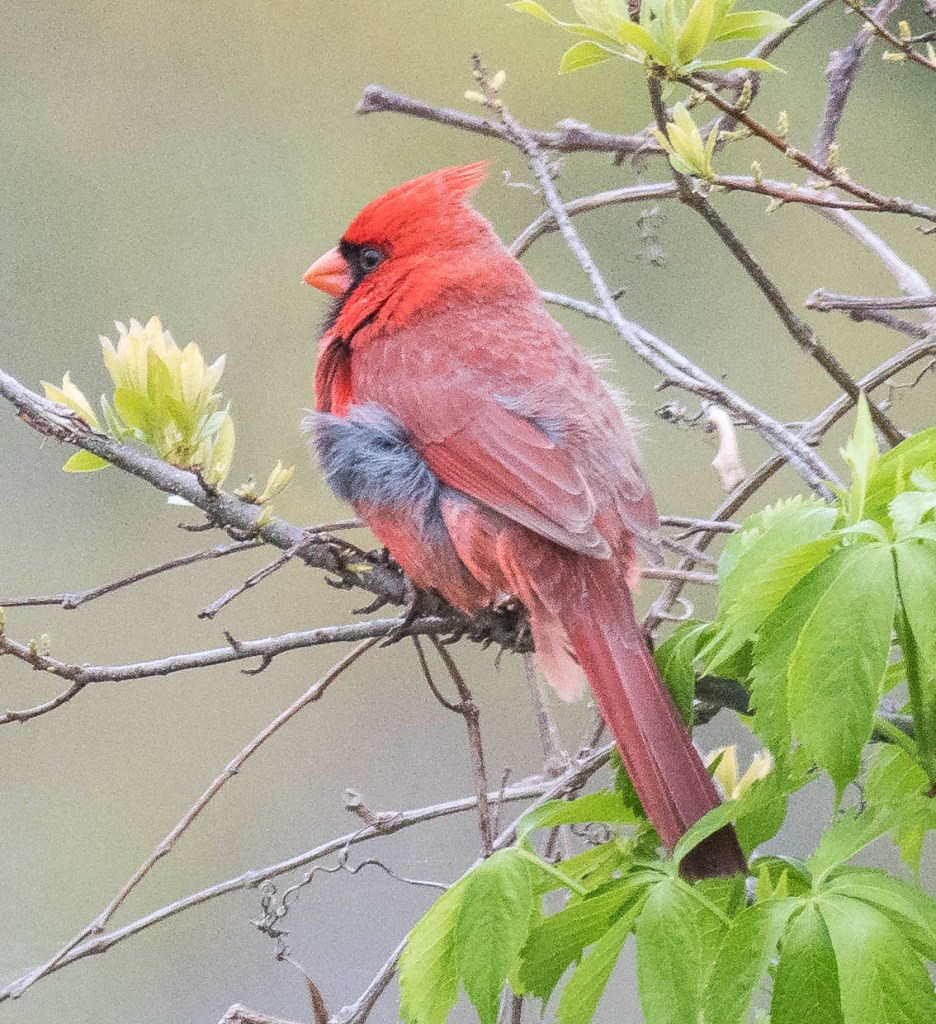 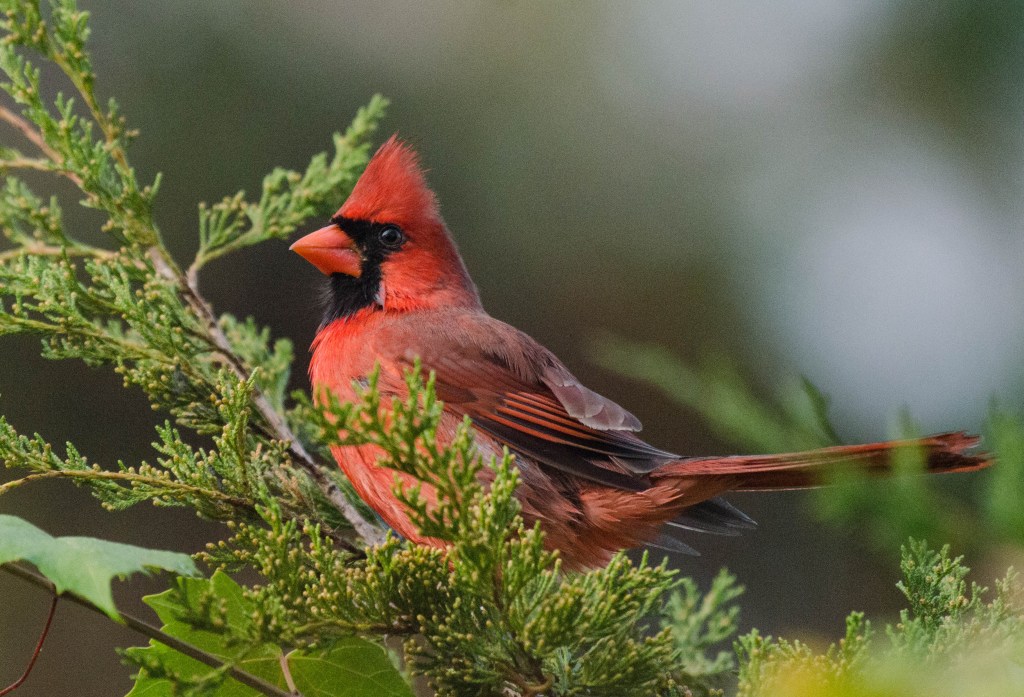 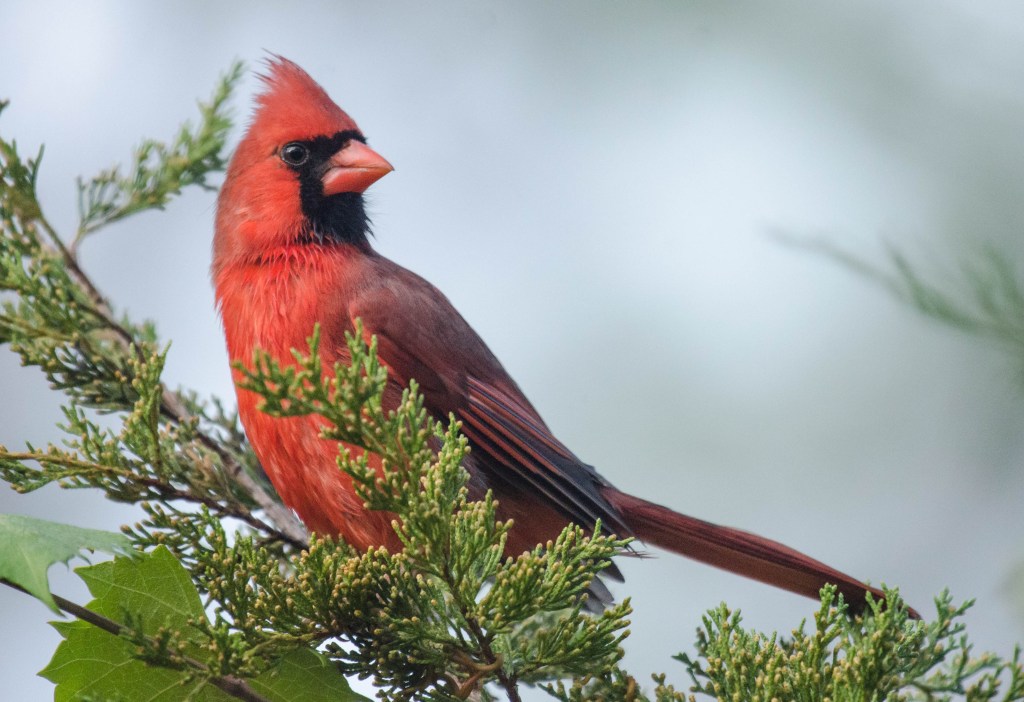 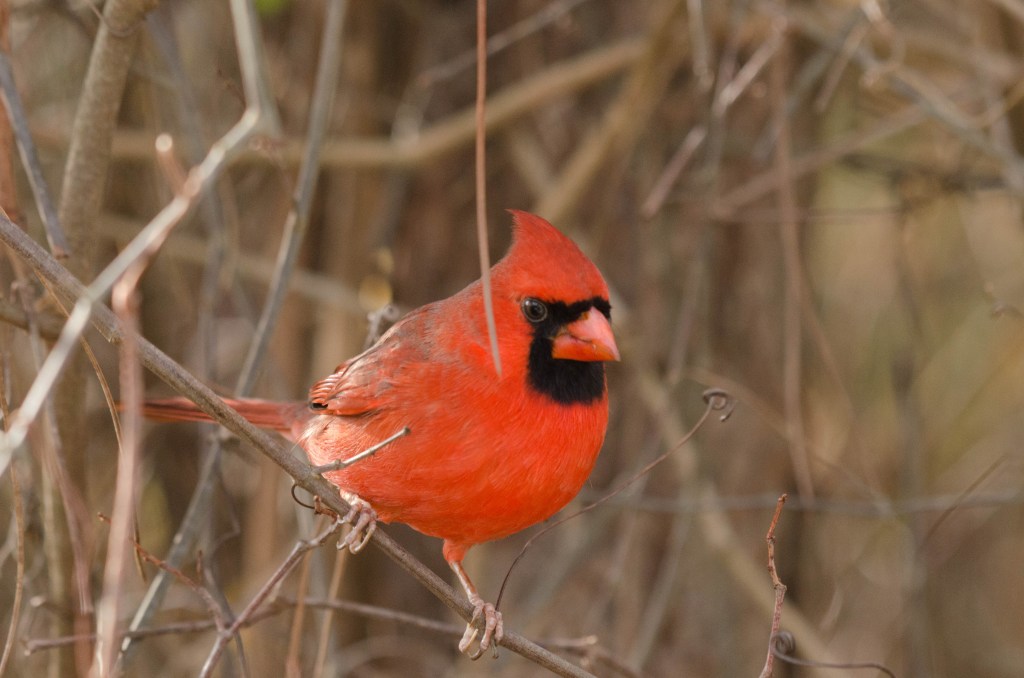 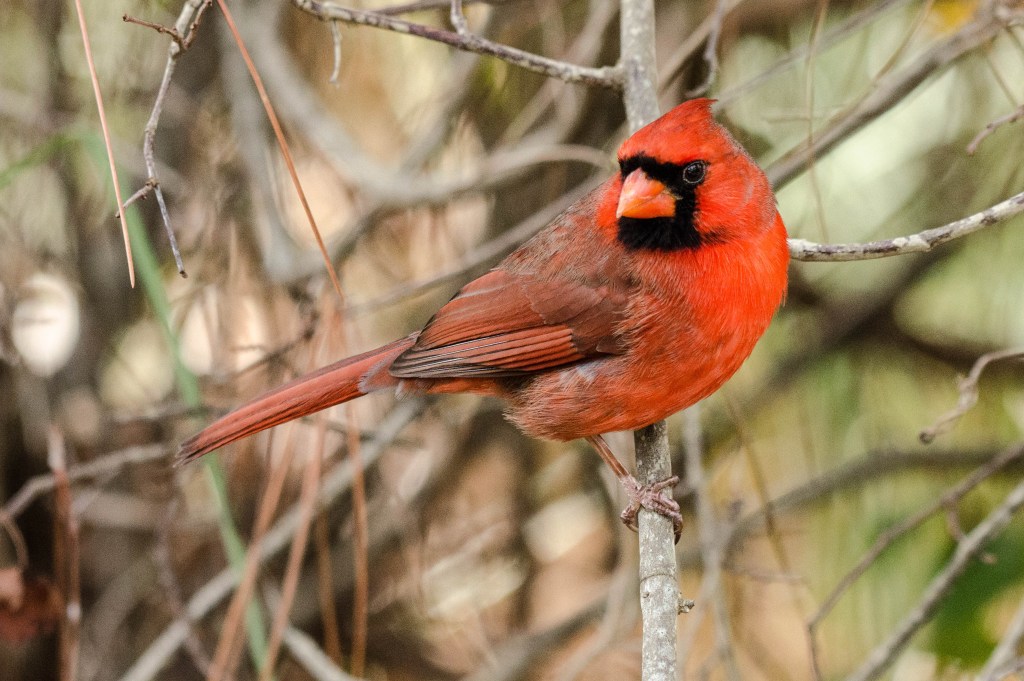 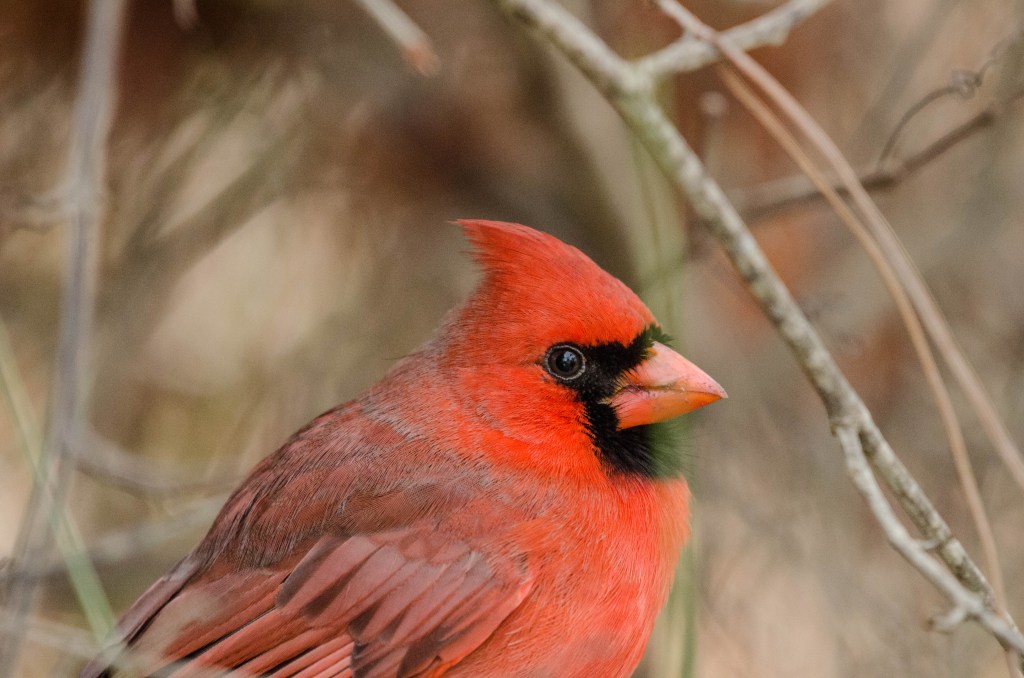 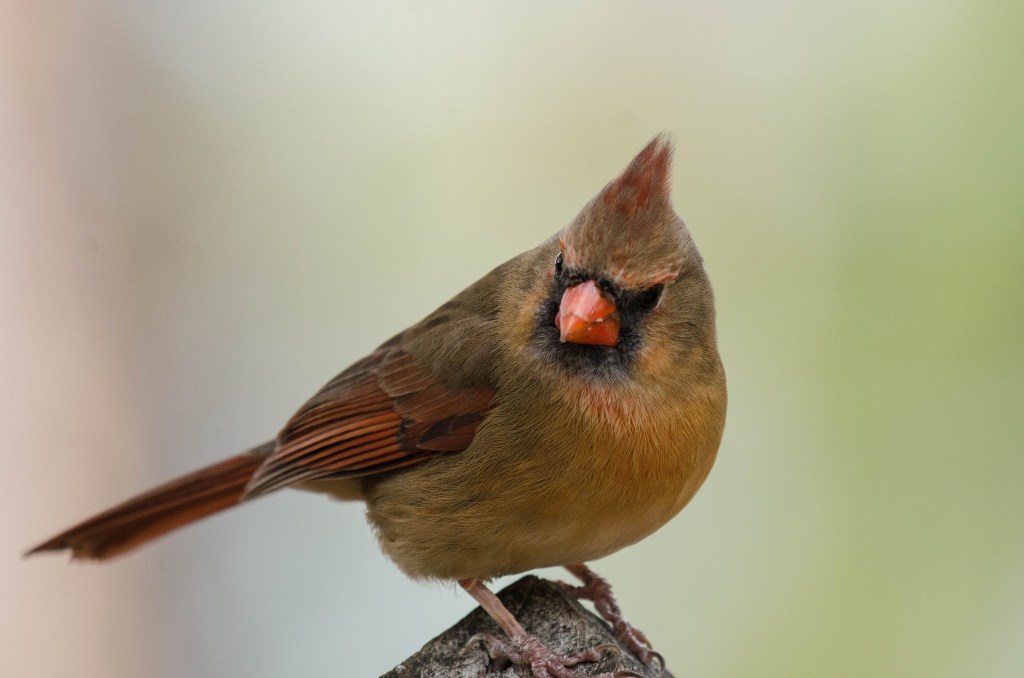