How did a Great White Pelican fly around...
How on earth? Great White Pelican shows up...
Floridians and their Scrub Jay: Can they coexist?
In the blink of an eye, this bird...
How an invisible bird is saving the rainforest
Hummingbirds on the move: Evolution on fast-forward
Third major report in succession establishes a new...
What started 150 million years ago — and...
Here are 5 top-flight gift ideas for your...
Can the Wild Turkey survive? Thanksgiving is the...
BirdingBirds storiesFeaturedPhotographySpecies 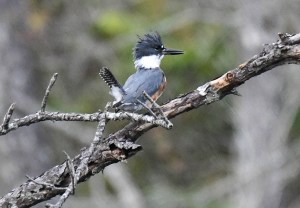 It isn’t hard to know when a Kingfisher is nearby: It cruises to a steady series of calls and complaints that telegraphs its every move.

The next several times I came upon Kingfishers were along the Florida coast, from the Keys to the Panhandle. I’d spot them on a pole or channel marker, but they’d be gone before I could get the camera turned on. If they saw you first, you wouldn’t get a second look. 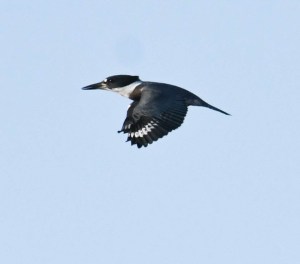 Zipping across the lake in Nova Scotia.

I managed a few photos over the years, but none that did justice to this bird. My longest encounter came in Nova Scotia, where twice I found them fishing on remote lakes. One was a small enough lake I thought I had a chance. Each time I got close enough for a respectable shot, the Kingfisher would skitter to the opposite side. I’d work my way slowly along the rocky, barely passable banks and begin to shoot just as the bird crossed yet again. It was hard not to think we were playing some kind of game I was destined to lose. 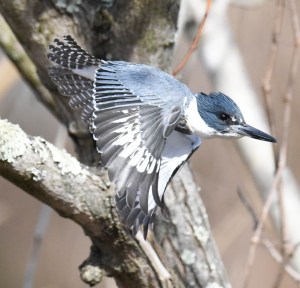 I finally caught a Kingfisher in mid-flight with a Nikon D500 and a 600mm lens.

Beverly and I were birdwatching along a canal that follows the Potomac River less than a mile from our home in Washington, D.C.  I wasn’t expecting to be out for long on a cold, windy afternoon, but I heard the familiar rattle call. Not one, but two Kingfishers were working the waterway.

Maybe it was the fact that their territory was such a narrow stretch of canal. Maybe these two had grown used to people walking and biking along this particular path on the edge of the city. Or maybe my years of patience finally taught me to move more quietly than ever.

But on three separate stretches that afternoon, I got my chance. I came home with hundreds of frames, taken over more than an hour. I think I finally did justice to this magnificent bird. Several shots caught this guy in mid-flight with its feathers spread out like artwork. 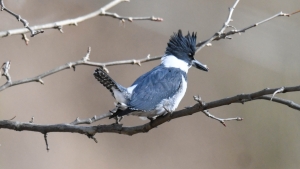 I love this photo, taken the other day along the Potomac, where his stance seems full of attitude and spunk.

Of course the pursuit never ends. Not long ago I came across the story of a photographer, a professional, who had been trying to catch a Kingfisher just as it hit the water after a fish. He took 720,000 photos over six years, (for a total of 4,600 hours), before he captured what he was after. It’s a beautiful photograph, which you can see on this link. It’s beyond my amateur’s reach, but I do think I’m ready to try for a photo of my Kingfisher hitting its catch. I’ll get back to you when I have something to show. 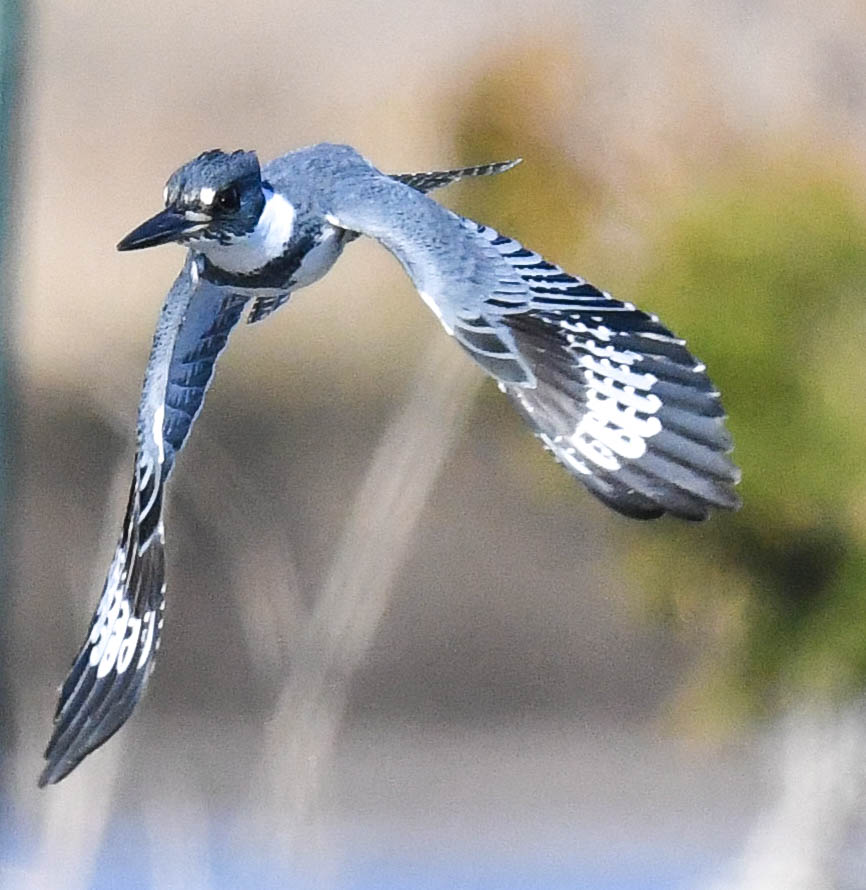 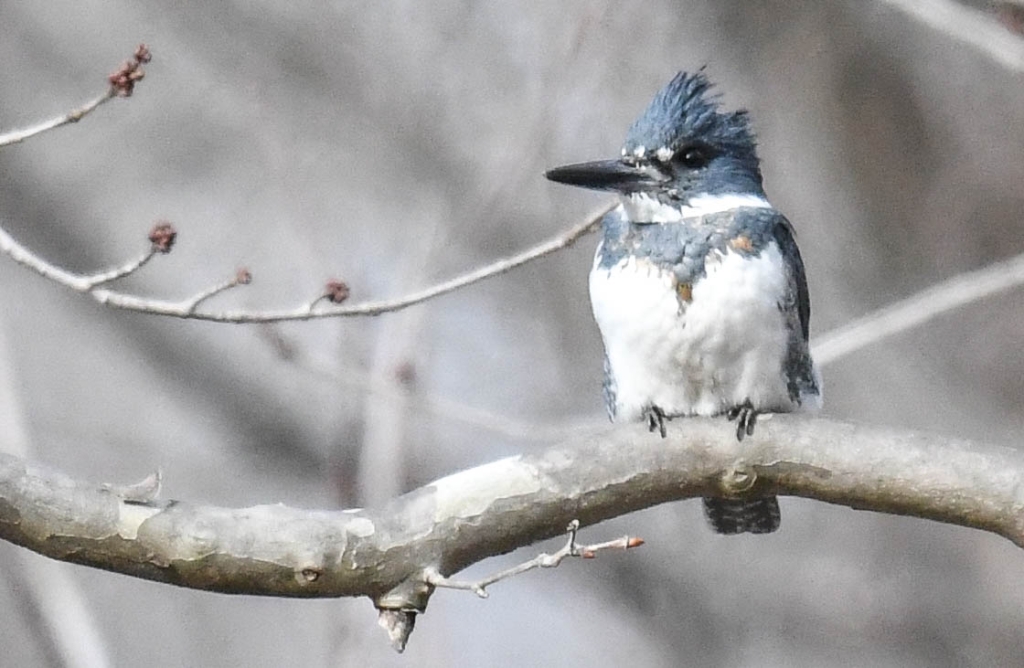 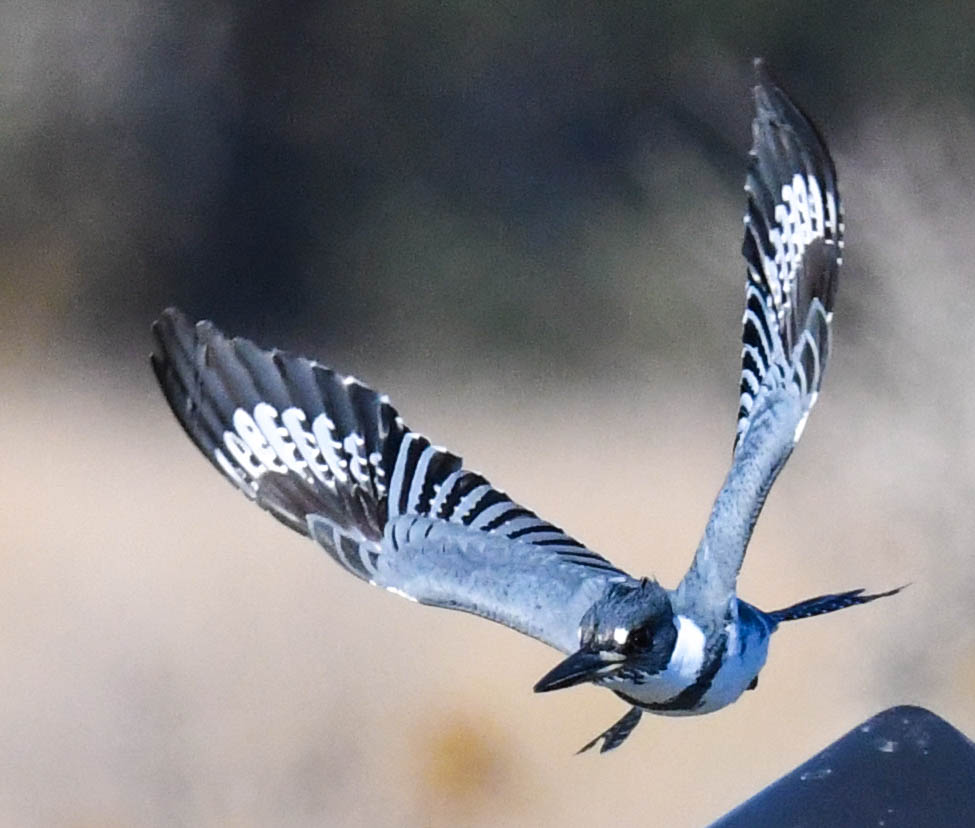 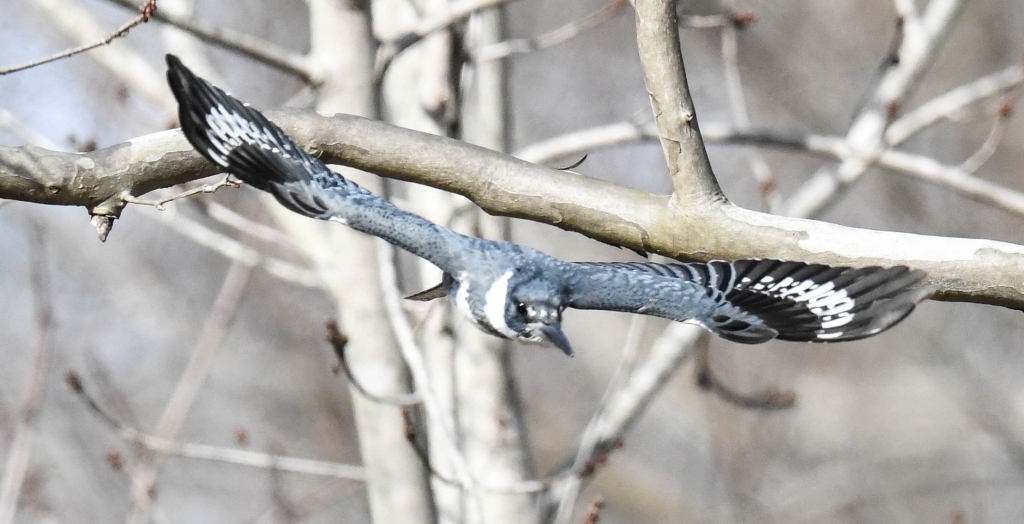 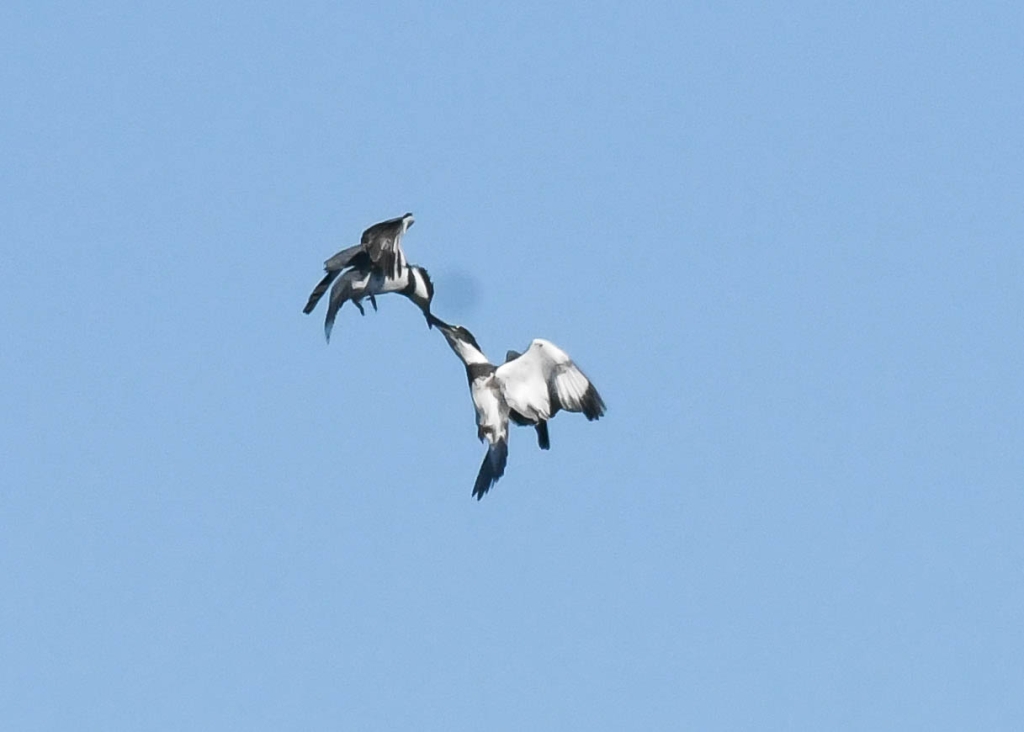 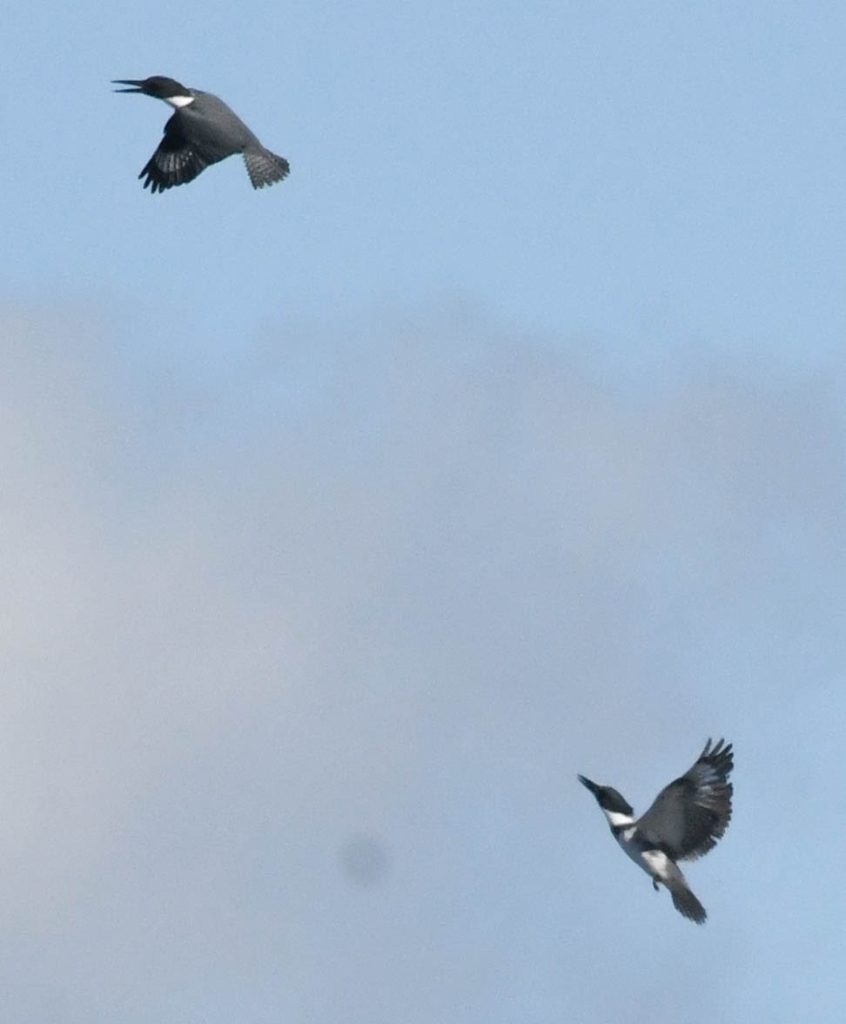 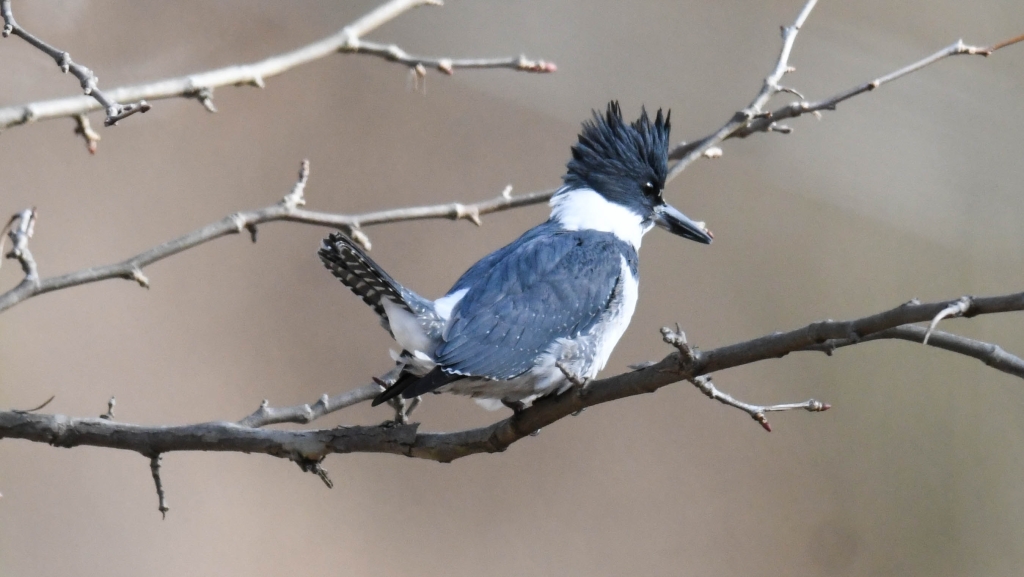 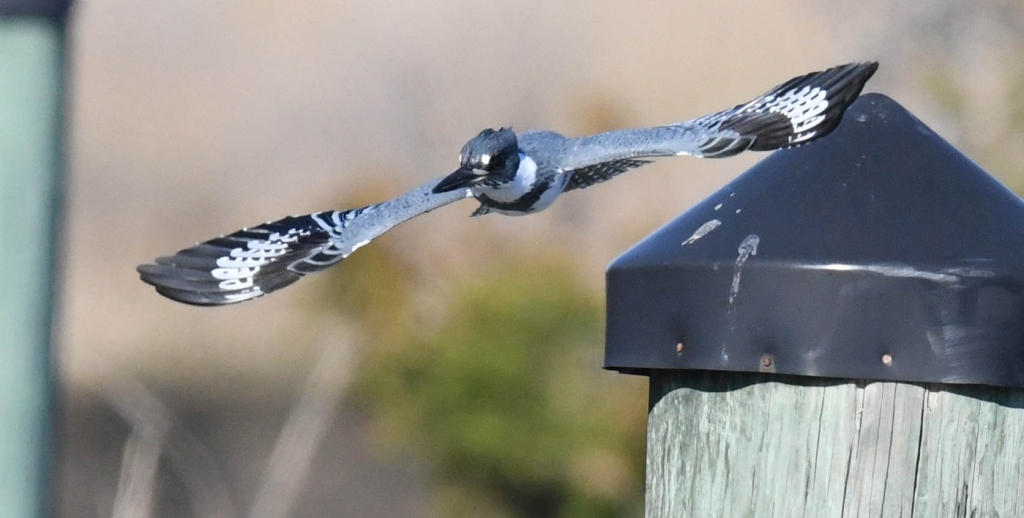 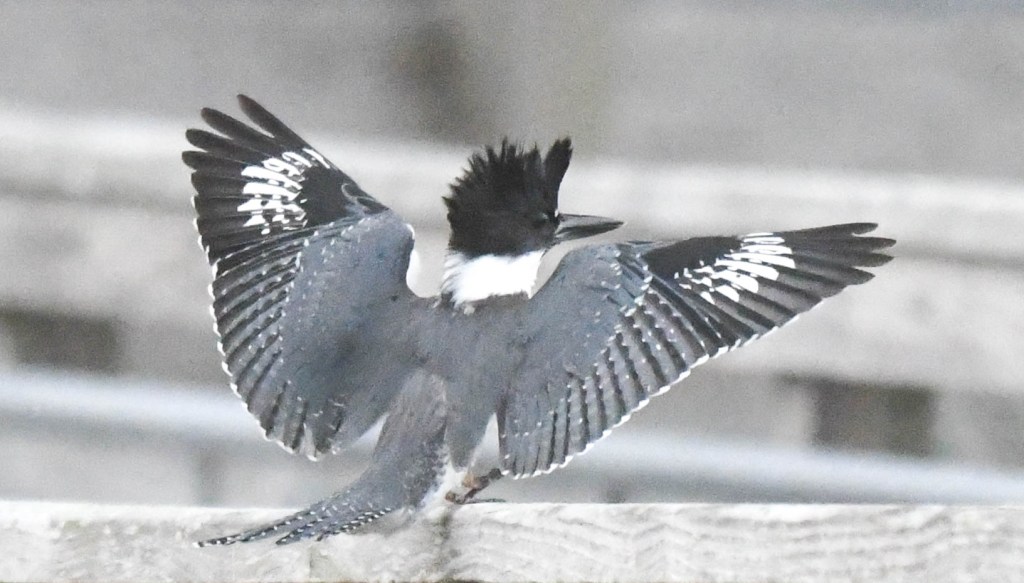 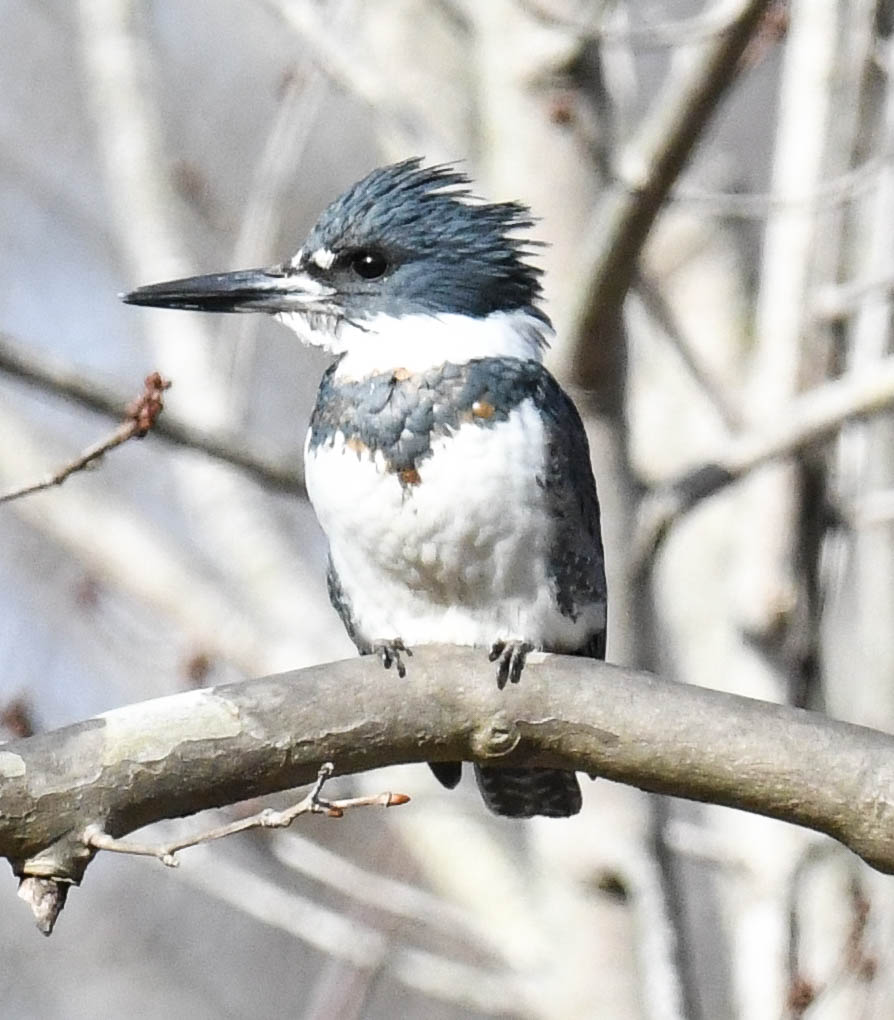 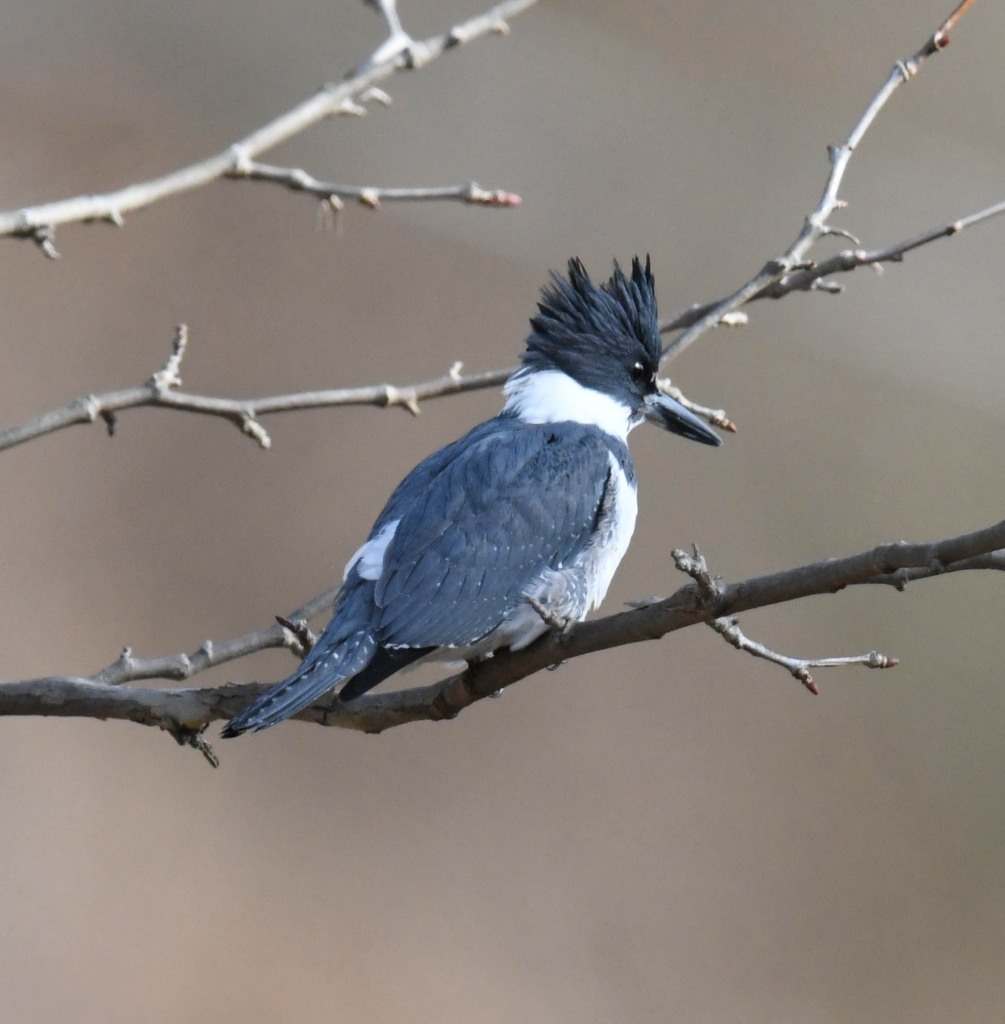 Here are 5 top-flight gift ideas for your...

These pictures, especially of the two birds in mid air, moved me to tears they are so beautiful. One of the appealing things about kingfishers is that they are written of in myths, and make me think of halcyon days.

Patricia: Thanks so much for your delightful comments — and for being such a dedicated reader in general. Where do you live and what kind of birder are you? Many thanks, Anders

Anders, I share your thoughts and experiences with the Belted Kingfisher. No bird has teased me more, no bird have I ended the day with only shots of him from far across the river. Just since this last fall I have started birding from a kayak, somehow that is far less threatening to the birds. I was able to float much closer to a Belted King Fisher, he took off and flew downstream and again I floated up very close getting off another roll of better images. I have to say your set of photos of those two BKF’s are inspiring, nice images, nice article, thank you.

Thanks so much for this note. It’s good to know we’re not alone out there in this pursuit. Hope all is well your way. -Anders