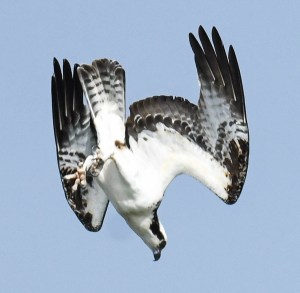 It’s one of nature’s greatest shows: The Osprey dives from hundreds of feet in the air, slowly brings it talons forward, splashes into the water, grabs a fish and then hoists itself back into the air and flies away.

It’s such a compelling performance that a small crowd stood on the banks of the Potomac in Northern Virginia the other day to watch when an Osprey began circling late in the afternoon around dinnertime.

I’ve been following Ospreys all over the country, fascinated by their fishing prowess that has an impressive success rate averaging about 50 percent per dive, a series of studies says. They are built to catch fish, and live almost entirely off the two or three they snag each day. They are acrobatic flyers with a wingspan of up to 6

feet on lithe bodies of just 3 or 4 pounds. Their oversized talons, which lock into place when fishing, have powerful grips. Their eyes are loaded with sensors that help them to see 6 to 8 times better than humans.

But this is the story of one fish that got away.

The Osprey population was in sharp decline along with the Bald Eagle 50 years ago. Both have made comebacks since the DDT ban went into effect in 1972. Today, more than 500,000 Ospreys soar, dive, climb and coast along the salt and fresh waterways in every state of the union. With so many of us living near water, it’s not hard to catch an Osprey in action.

Mason Neck State Park is known for its Eagles, but this time the Osprey took center stage. The magnificent raptor, which chocolate-brown feathers and a mostly white underbelly, drifted up and down the riverbank, usually staying above the shallow water looking for a good-sized fish near the surface. 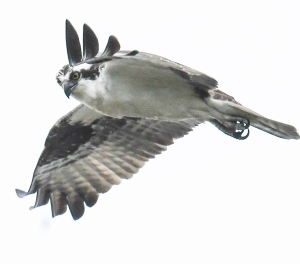 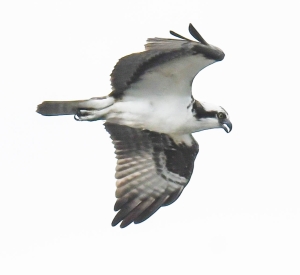 The hawk started its dive once or twice before pulling out and moving on. Then it began a dive with such speed, there was no turning back. It hit the water with a giant splash, and the growing crowd stood hushed to see what he had. 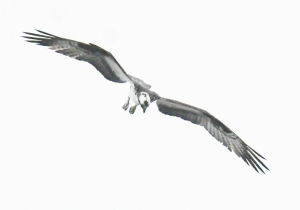 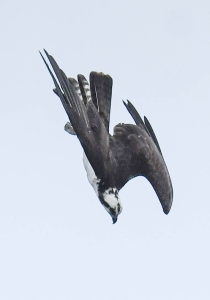 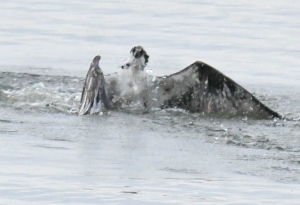 There’s a moment after a dive when the Osprey sits in the water, either digging its talons into the fish or preparing to lift off in empty-clawed disappointment. When this Osprey emerged from the Potomac, it had a beautiful, foot-long fish in its clutches. (From a distance it looked like a catfish.)

The Osprey adjusted its grip a few times and slowly began its ascent. You could see the fish twisting and turning from the shore. A cheer went up from our corner of the bank. Slowly, steadily, the Osprey gained altitude and seemed to be on its way. 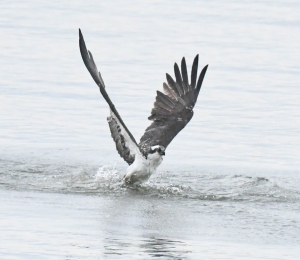 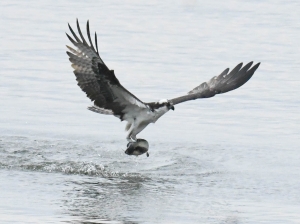 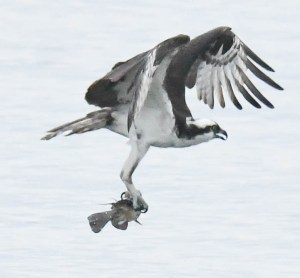 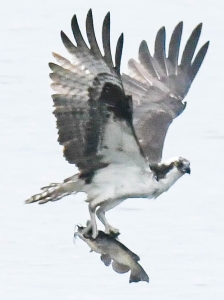 Then, just as suddenly, the fish slipped from its grasp and splashed back into water. “Oh, no,” someone shouted. 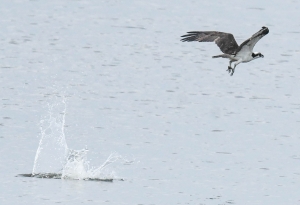 It’s hard not to root for the Osprey in these duels, but you also can’t help wonder how it felt from the fish’s perspective. Plucked from the water out of the literal blue, hoisted 50 feet into the air, then somehow escaping to swim another day.

Still soaking from its plunge, the Osprey went back to work looking for a new target. Que the next showing of one of nature’s magnificent performances.

Here’s a gallery of some of our favorite Osprey photos from Virginia, Maryland, New Jersey, North Carolina and Florida: 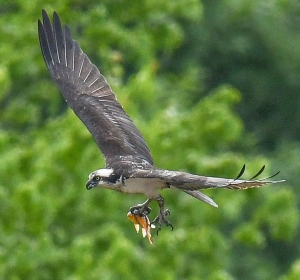 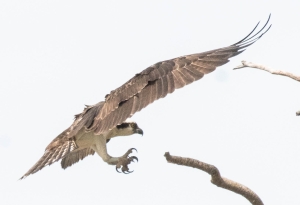 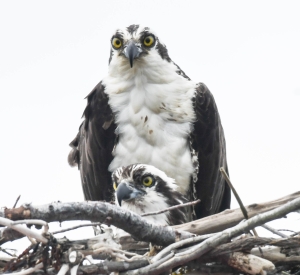 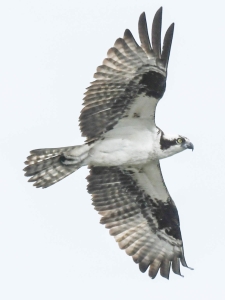 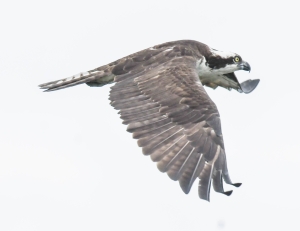 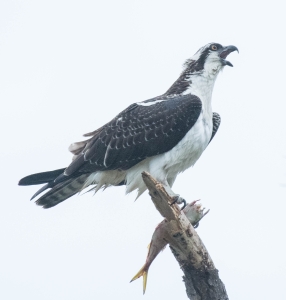 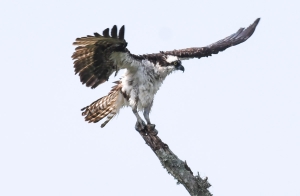 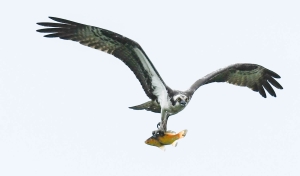 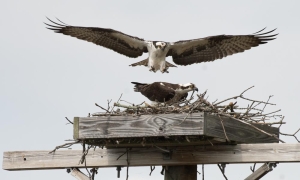 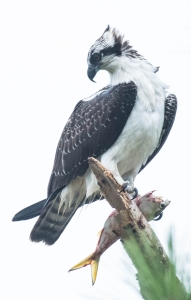 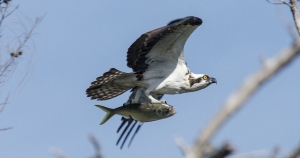 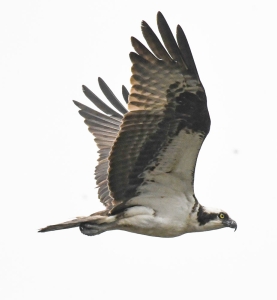 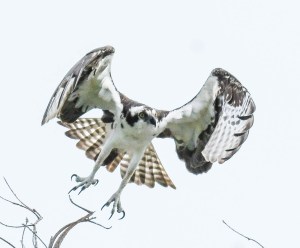 What a stunningly beautiful photo essay! Thank you.