Cedar Waxwings are dining their way north: Don’t...
Tanagers are one big, beautiful family of birds....
They unlock the Earth’s treasury of hummingbirds. Does...
Pittsburgh’s National Aviary takes you around the world...
“He’s close.” On the trail of a rare...
It’s a bird-eat-bird world: Pileated Woodpeckers on the...
Tree Swallows caught in midair: A rare glimpse...
What a show: Battle of the Hummingbirds reaches...
Can we save this globe-trotting sandpiper? Only if...
Taking off in a cloud, Snow Geese create...
BirdingPhotography 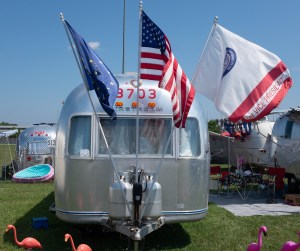 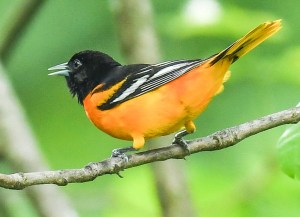 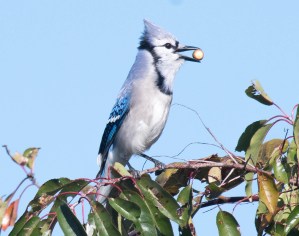 This transformation toward birding addiction began seven years ago when we started spending weekends camping in unspoiled state and national parks. While we sipped coffee by the fire, birds hopped from branch to branch or pecked at a fallen log. Often there’d be a startling glimpse of blue, or maybe orange, as a Jay or Baltimore Oriole zoomed toward a neighboring campsite. 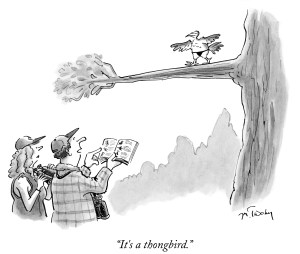 Anders had finished his part of the presentation weeks ago. He’d put together a slideshow of his gorgeous photos – songbirds in mid flight with feathers splayed, hawks on the prowl and hovering Hummingbirds. (He’d also thrown in a few of his favorite New Yorker cartoons – like the one by cartoonist Mike Twohy.)

But Tuesday night, with only hours to go, I was still agonizing. There’s actually an awful lot to know about birding – shelves of books with titles like “How to Be a Better Birder” and “Birding for Dummies.” What’s most helpful to the beginner?

So I skipped the evening’s entertainment, hunkered down in my cosy Airstream cocoon and forced myself to focus. I thought back to those earliest walks in the woods. How exactly did our basic curiosity about the birds we were seeing evolve into such a passionate pursuit? 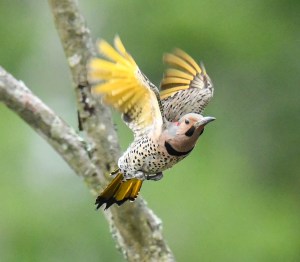 At the end of the day, becoming a birder is simple. To appreciate birds, you just have to see them up close and then be able to figure out exactly what it is you’re looking at.

In my experience, it requires just two things: A pair of binoculars and a pair of free smartphone apps from the Cornell Lab of Ornithology.

When seen through binoculars, a blur of feathers becomes this magnificent creation with a canvas of colors, textures and patterns. 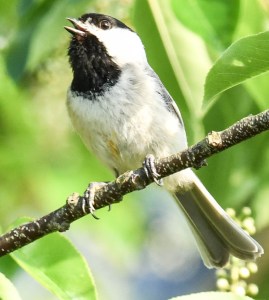 At close range, observing a bird becomes an intimate encounter. It’s hard not to assign them distinct personalities and human-like qualities. Focus on a Chickadee for example, and you’ll see the saucy tilt of the head and amusing expressions. Once we watched a male Cedar Waxwing feeding a female during a spring mating ritual.

Click here for the Audubon Society’s detailed and very helpful chart comparing brands of binoculars in prices ranging from $200 to over $2,000. (Though it’s not an Audubon pick, we’ve had good luck with Nikon’s Monarch 5 model with a power of 10×42. They cost about $250 on Amazon.) 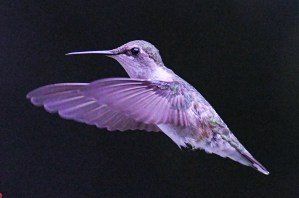 As for the Cornell apps, “eBird and Merlin Bird ID,” you answer three multiple-choice questions, and the app instantly presents a few photos of the mostly likely targets. The apps use geolocation from your phone to know where you are, and the Lab’s extensive data in eBird pinpoint what birds are in the area. (For detailed information on downloading the apps and how to use them, click here.) 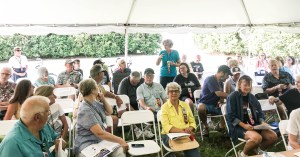 A participant asks a question at the rally seminar.

Finally Wednesday morning dawned, and people began filling the rows of folding chairs in the seminar tent. We could barely believe it when nearly every seat was taken at 9 a.m. We had optimistically printed 30 copies of our “resources” handout, but nearly 50 fellow Airstreamers showed up.

The presentation seemed to be a success – our audience eager and curious. Many of them have backyard feeders and had also been exposed to an array of species on their camping adventures. Afterwards it took an hour to answer questions and help folks who came up to peer through our binoculars. 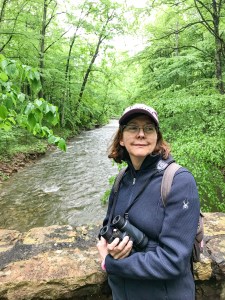 Beverly birding in the Virginia mountains

So, sticking with the theme of Flying Lessons, what did I learn from this anxiety-provoking ordeal?  First, it was incredibly fun to be at the center of a swirl of ”regular” people so easily energized about digging a little deeper into birding.

Although I knew 18 million Americans are active “away-from-home” birders, (according to a nationwide study by the U.S. Fish and Wildlife Service), it’s still a huge number that’s difficult to believe. So perhaps I should have known all along this would be an easy sale to make. But roaming through deserted forests and fields can be isolating, and I sometimes wonder if my relatives are right about how seemingly odd we’ve become.

In the end, I found this whole experience affirming and reassuring. It reminded me to just be who I am, do what I love, and to trust the irresistible beauty of nature and its birds to do the rest.

Beverly,
Are willing to do talks at other Morotohome/RV Rally’s beside airstream?

Thanks for your message — and your interest. Sure, we’d be glad to talk about doing other talk elsewhere. To make it easier to discuss, why don’t we switch to email. Beverly is at Bevmillsgyll@gmail.com, and Anders is at Agyllenhaal@gmail.com.

All the best, Anders and Beverly

What a delightful piece! And helpful, too, to this birding beginner. I’m awaiting my Nikon Monarch 5 binoculars from Amazon and look forward to continuing that walk we started during your visit. You and Anders are wonderful guides to a birds eye view of the world. Thank you!

Leave a Reply to Recruiting new birders at the Airstream Rally: Have I lost my mind? – Flying Lessons – Wolf's Birding and Bonsai Blog Cancel reply