Can the Wild Turkey survive? Thanksgiving is the...
Can we save this globe-trotting sandpiper? Only if...
Petrels and Shearwaters: The coolest birds you never...
Two tanagers talk up a storm: So what...
Lessons in generosity: Birds benefit when we’re all...
How is a warbler like an apple-glazed donut?...
Ode to a Red-tailed Hawk: Electrifying, grace and...
Fledglings take flight: Good news for the nation’s...
Spring migration helped save our sanity; can the...
You’ve started down the path to becoming a...
Birding researchConservationPhotographySpecies 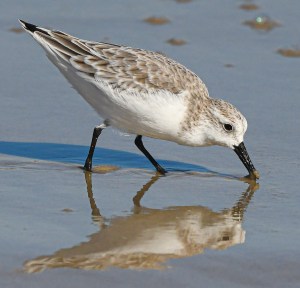 The long-term Sanderling research, based in Canada, is still underway. But it’s already uncovered some of the keys to how the Sanderling fly distances of as much as 6,000 miles for migration and then return to the same locations year after year:

The base of the latest research on Sanderlings is at Chaplin Lake in southern Saskatchewan, where salt deposits have created a haven rich in brine shrimp and other food supplies. Its location makes the lake a perfect resting stop for the Central Flyway that runs down the center of the continent.

Sanderlings — in their non-breeding plumage — march along in step

Each spring and fall the lake is overrun by tens of thousands of shorebirds, many of them Sanderlings that arrive thin and exhausted. And every season, researchers are waiting there to study the birds as they spend several weeks loading up on food for the long flights ahead. By the time they take off again, the birds will have doubled in weight. 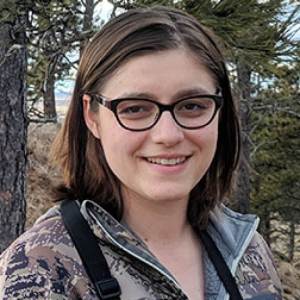 Jessica Howell, one of the Sanderling researchers now working as the Northern Plains Conservation Specialist for the American Bird Conservancy, says you can feel how the birds bulk up during the stopover. The researchers handle the birds constantly since their work involves trapping, tagging and attaching transmitters to follow the birds on future flights.

“If you hold them in your hands, you can definitely tell the difference between a bird that’s just arrived and one that’s been there for a while,’’ she said. “You can feel the fat in your hands. They’re almost squishy.’’

Here’s a gallery of the birds: 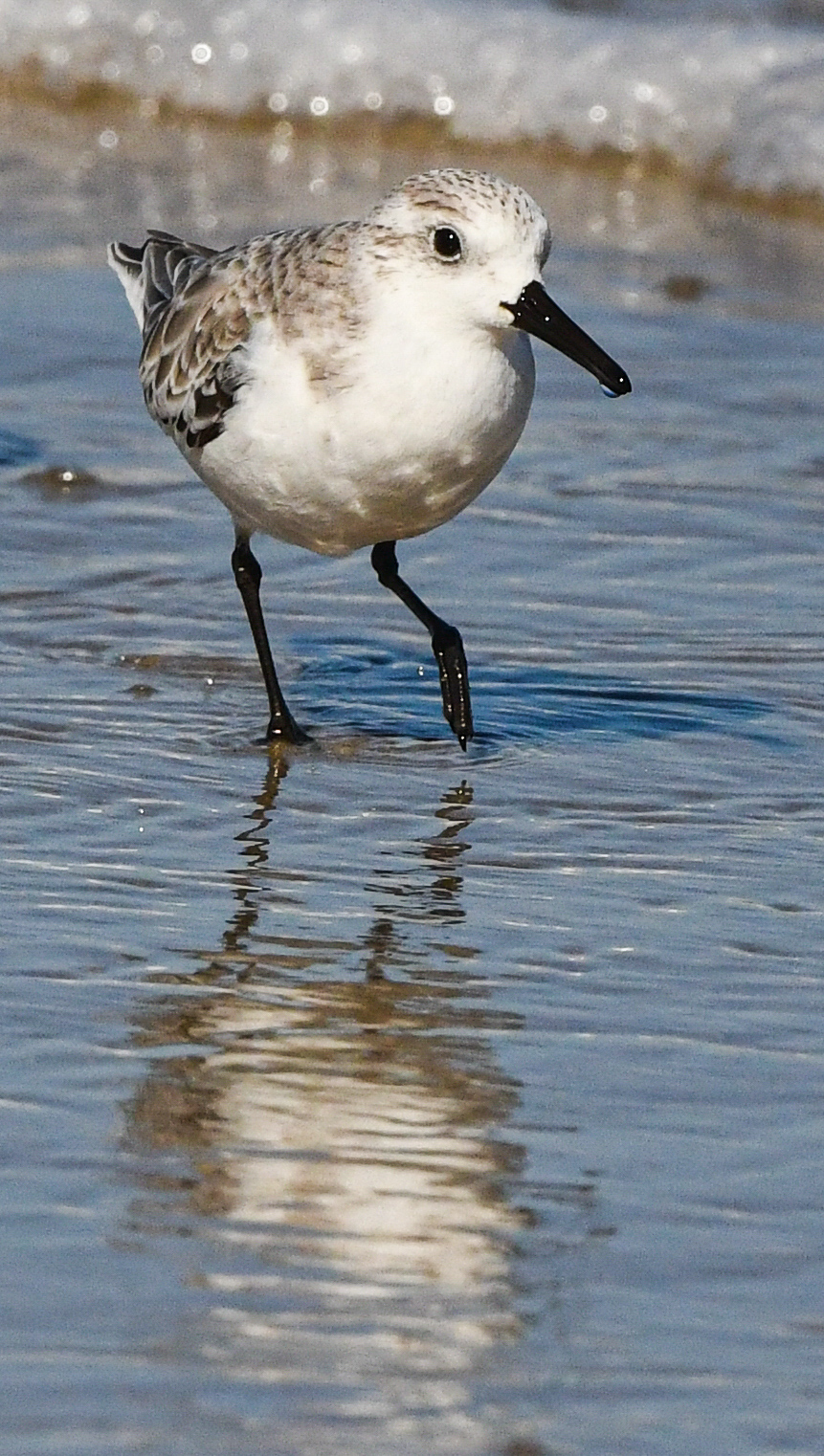 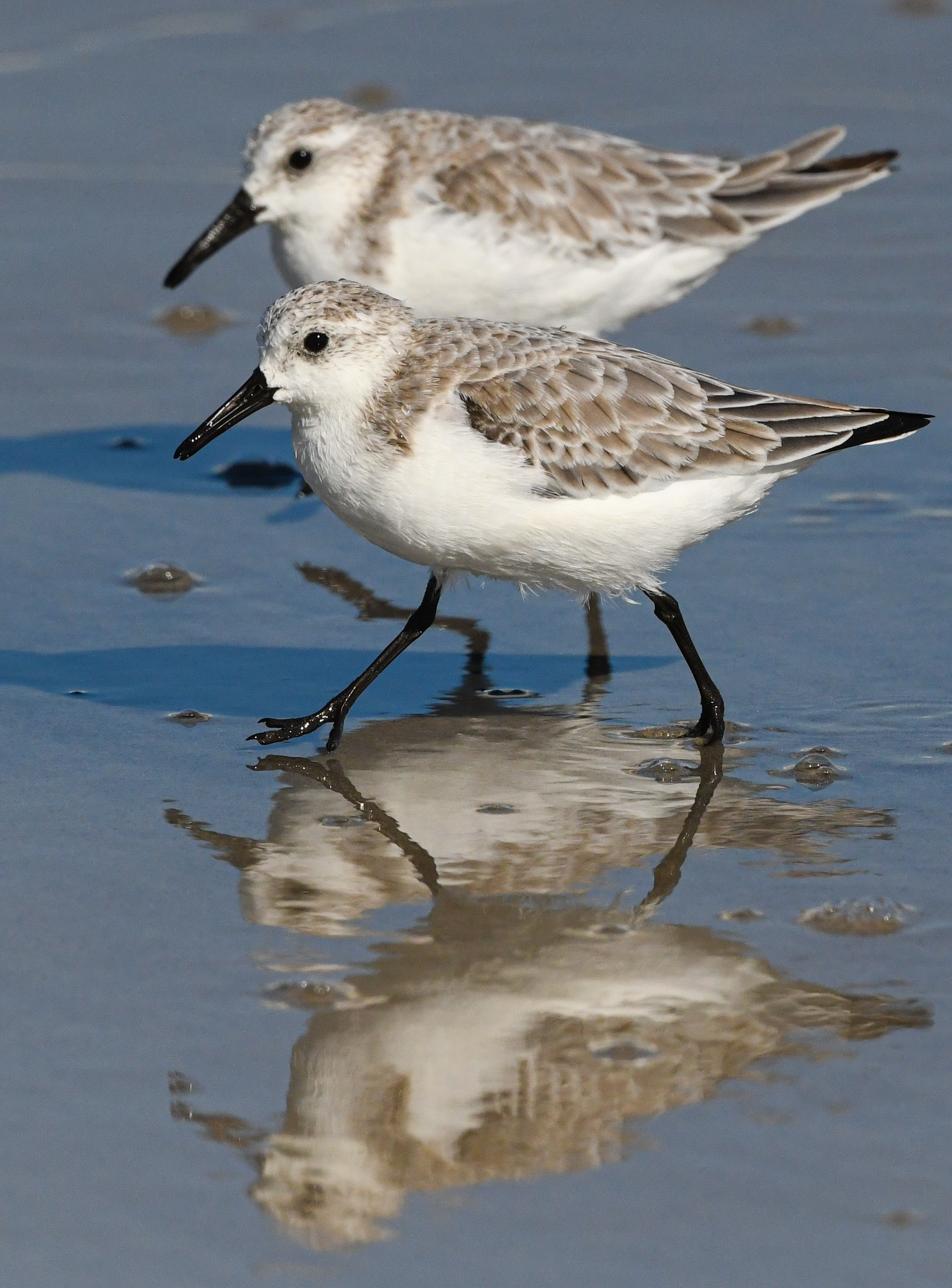 Now that transmission devices are light enough to use on Sanderlings, the project is tracking the birds all across the hemisphere with the help of a growing network of radio tracking stations in the U.S. and Canada that pick up signals from the transmitters as the birds fly over. 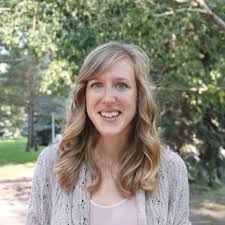 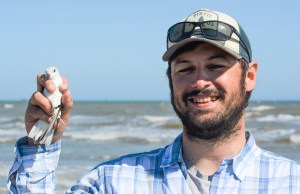 Jess Cosentino with a Sanderling on the Texas coast. Photo by Kate Goodenough with University of Oklahoma.

“Their feathers have a unique chemical signature of the environment,’’ said Cosentino, who has collected Sanderling feathers all over South America. “We’re trying to piece together the larger puzzle of where the birds are coming from.’’

As the research identifies the precise migration routes and stop-over spots, that information can be used to argue for protection of key locations the birds need. The more precise the information, the more focused and persuasive the push for conservation steps can be.

The researchers working on the Sanderling project hope their findings will be used to shape public policies that will protect the birds and help set aside land for them or at least provide some protection for the stop-over sites.

They recognize the barriers they’re facing: 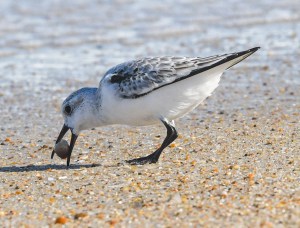 The Sanderling weighs about 2 ounces — or about the same as a golf ball — but will double in weight to prepare for migration.

Migratory birds in particular have to rely on a string of different countries they pass through, some of which have few resources to devote to caring for birds. The loss of habitat and changing climates aren’t easy issues to address in any country. And the Sanderlings spend much of their year on the world’s beaches that are increasingly developed and crowded with people.

“It’s pretty depressing,’’ said researcher Kristin Bianchini. “But that motivates me to try to answer these questions and help raise awareness about what’s happening with the birds. They need our help.’’ 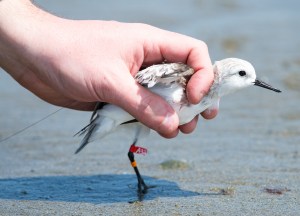 A Sanderling is released after tagging in Chile. Photo by Lucas Berrigan, Birds Canada.

Jessica Howell said that part of the answer is getting the word out that we can no longer take shorebirds like the Sanderling for granted.

“These are such beautiful birds, full of personality,’’ said Howell. “I like to think it’s a matter of outreach. Once people realize how far these shorebirds are traveling, it makes them so interesting and cool. It’s really mind-boggling what they do, and we don’t fully understand how they’re even doing that. There’s some real mystery involved.’’