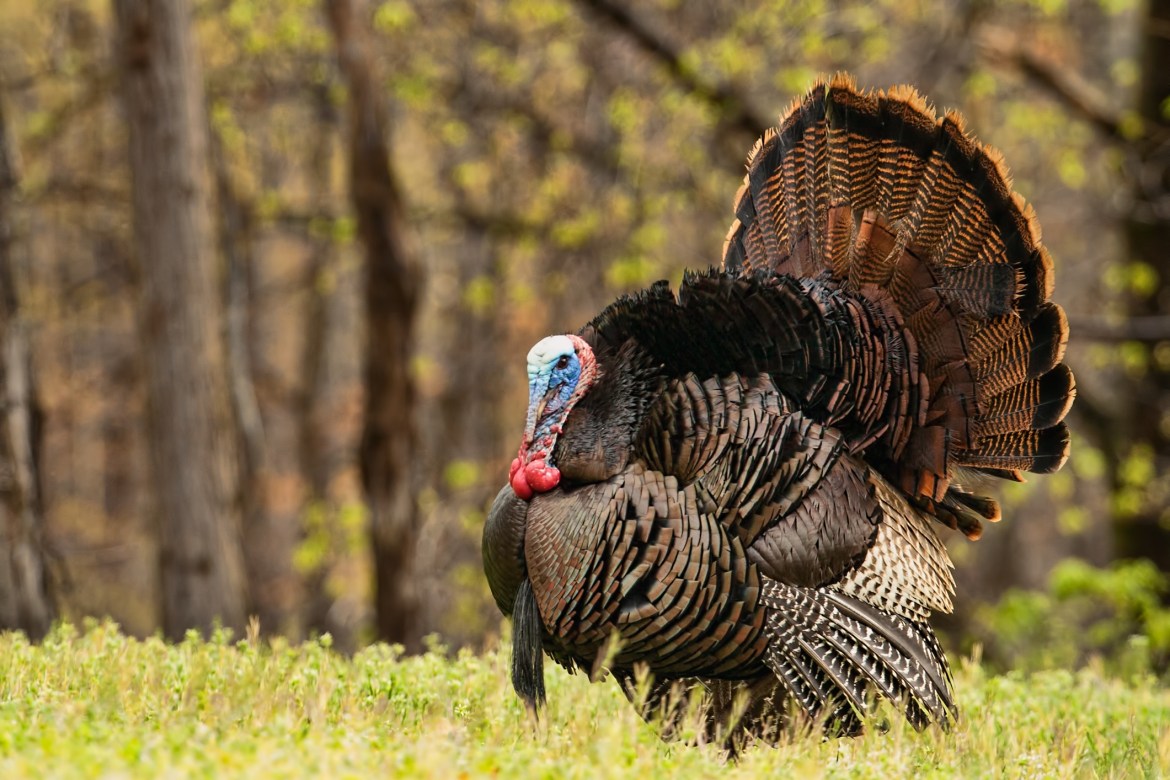 Something is after the Wild Turkey. Actually, almost everything is. 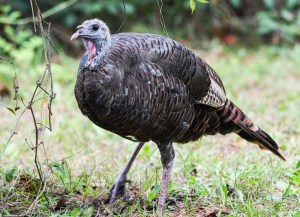 A Wild Turkey in Northern Virginia.

A combination of coyotes, loss of habitat, hawks, hunters, climate change and troubles in the nest is undermining the species that once competed for the title of national bird. In parts of the country, populations are down by half and the overall drop is about 15 percent.

“A lot of things like to eat turkeys,” said Michael Chamberlain, a University of Georgia wildlife expert who leads a 15-state consortium working to find a response.

For the past half century, the Wild Turkey was the poster bird for how to bring back a species approaching extinction. Starting in the 1970s, after decades of overhunting and habitat loss, hunters, environmentalists, wildlife managers and researchers joined forces in a campaign that pushed the nationwide population up to more than 7 million birds.

But today, the combination of accelerating development, warming temperatures and all those predators has started setting back that progress, particularly in southern states.  “We thought maybe it was just a natural phenomenon, where the population had peaked,” said Chamberlain.. “But fast-forward to today, the populations are not doing as well.”

The Wild Turkey is a tough bird and more versatile than many species, which is part of the reason it has spread to almost every state in the union. But what worries researchers the most is the steady decline in chicks, or poults, suggesting that the conditions turkeys need to reproduce have been altered too much. In the year years since the first version of this post was published, Chamberlain said there was some progress on the number of poults, but it’s not enough to make up for the overall declines.

A pair of Wild Turkeys forage in Eastern Maryland.

Researchers are puzzled by what exactly is leading to the reproduction problems.

“We really don’t have a full understanding of what this is doing to turkeys in the nest and during the brood-rearing season,” said Mary Jo Casalena, a biologist with the Pennsylvania Game Commission and a nationally recognized expert. “You’ve got to have a balance of everything.” 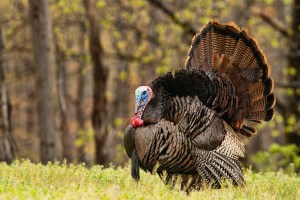 A male turkey, or tom, show off his massive form, beautiful tail feathers and impressive “snood” that hangs down his front. (Getty image)

Turkey is on our minds this time of year. Nearly 90 percent of American households will serve turkey at Thanksgiving. And although the pandemic is leading to smaller celebrations — and often smaller turkeys — early indications are that turkey will still be at the center of the table. A few Wild Turkeys are part of those meals, but the vast majority of the 40 to 50 million birds that will be carved up come Thanksgiving were raised on farms.

The domesticated cousin of the Wild Turkey is more like a distant relative today, after farmers steadily boosted up its weight and bred the color out of both feathers and meat to make the bird more appealing at the supermarket.

But those working to save the Wild Turkey hope the popularity of turkey in general — and its story, dating back to the origins of the nation — should help with the conservation work ahead. 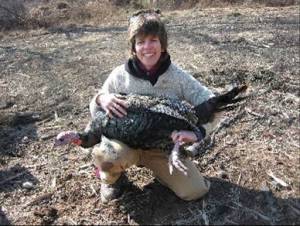 Casalena said she expects nothing but support from all the parties involved, particularly hunters, who led the way on the earlier campaign and also pay for most conservation measures with fees and taxes. “Hunters are supportive,’ said Casalena. “They know it means they’ll have more turkeys in the future.”

And as more and more people come to understand the fix the Wild Turkey faces, researchers think that will help the push for solutions.

“The Wild Turkey has a broad and diverse history in our culture,” Chamberlain said. “The domestication of the turkey has been important to the fabric of North America, and it’s a huge recreational engine focused entirely on hunting this bird. You wrap those two together, and you have an important species that means a lot to people.”

This is an updated version of a post that ran last year at this time. The primary researchers we originally interviewed told us that the outlook is much the same. So we’ve added a number of points and shared again with Thanksgiving on the way. 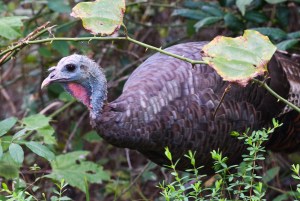 A Wild Turkey makes its way through the underbrush at First Landing State Park in Virginia Beach. The Wild Turkey population has spread to every part of the U.S.

The last 5 years have seen an explosion of turkeys at our home in central Minnesota. For the first 25 years we hardly saw any turkeys. We currently have what we think are 3 flocks totaling 40+ birds. We go through 80-100 pounds of sunflower seeds each week, with the turkeys getting the biggest share. They wait in the trees at the outskirts of the yard until they see my husband come with the bucket of seed. As soon as he’s done throwing the seed out, they come running across the yard. They are a lot of fun to watch, and interesting, too.