It may look like a comical performance, but it's all about the fish

If you see a Reddish Egret in the shallows of a marsh, just pause for a bit because you’re likely to see an exotic performance. With wings arched over its head, the bird leaps into the air then rushes sideways through the water. The choreography of crisscrossing feet is worthy of Fred Astaire. 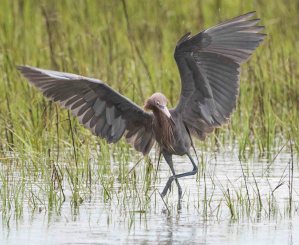 We came across this spectacle on the edge of Galveston Island State Park in coastal Texas one rainy afternoon. The scene was transfixing: the egret leaps from the water one moment, tilts its heads far over to the side in the next and then appears to tiptoe.

Made all the more compelling by its willowy breeding plumage, this bird isn’t dancing for our benefit. He’s busy working, and the grand finale is a beak full of fish.

In researching what may be the most beautiful of the egret species, we learned that every part of this comical ritual has purpose. When the bird dances through the shallows, he’s stirring up the fish. By raising his wings overhead, he’s creating a shadow that draws prey to within easy striking distance. A strange and gawky lurch forward is actually an attempt to catch the next fish unawares. 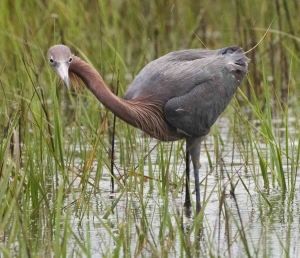 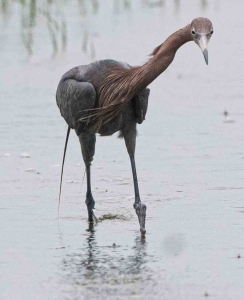 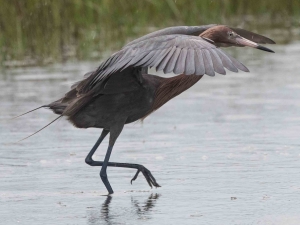 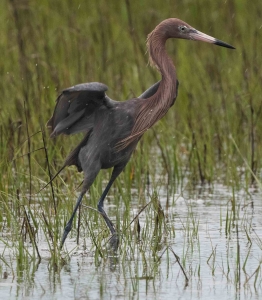 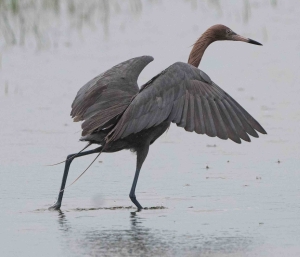 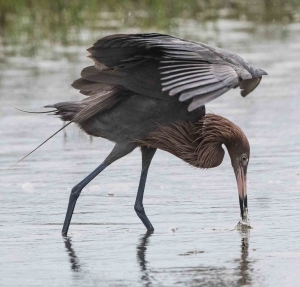 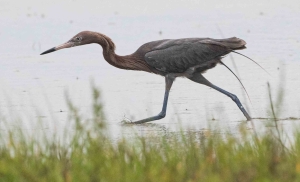 On the rainy day we watched our egret, the shallows were full of food. Over and over he jammed his entire head into the water, catching something every time. A few of the fish were small, but several took some effort to swallow — yet another show worth watching. 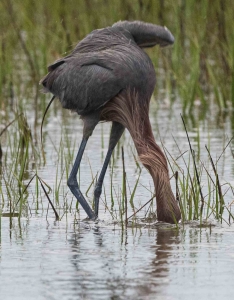 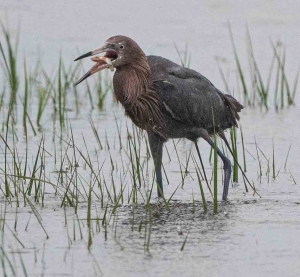 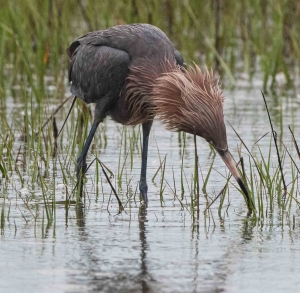 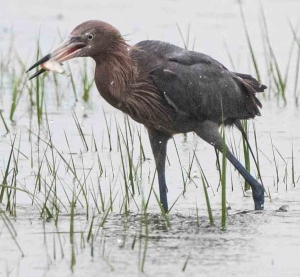 The Reddish Egret gets its name from a rusty-colored head and neck on a grayish body. They’re found along the Atlantic coast as far north as Maryland, and along the Pacific, its range stretches north to central California. It’s also found in Central and South America — from Mexico to the top of Columbia. Sometimes they can be seen in inland wetlands from coast to coast in the southern half of the United States. According to the Cornell Lab of Ornithology, the Reddish Egret is most plentiful in Texas and Florida. Here’s Cornell’s range map:

We watched our bird perform in the rain until he made its way out of sight, still dancing and jabbing for fish. We waited a while in hopes of an encore, but the show appeared to be over.

This post was originally published in the spring of 2021 during our journey around the country to research our new book, “A Wing and a Prayer: The Race to Save our Vanishing Birds,” which will be released by Simon & Schuster this April. We’re rerunning timeless post while were preparing for the book launch. For those of us who can’t quite get enough of this elegant egret, here’s a gallery that show this bird’s every move: 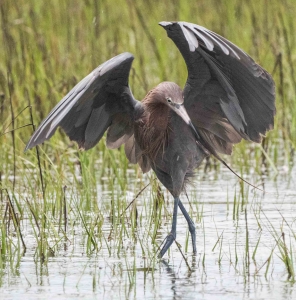 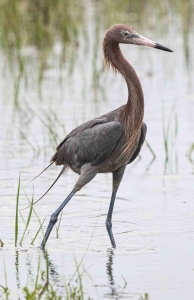 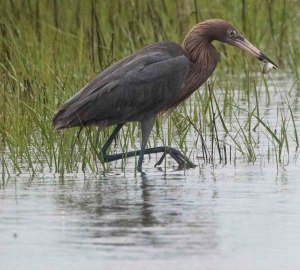 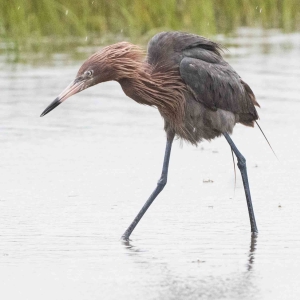 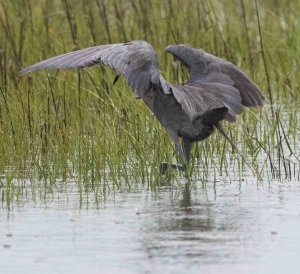