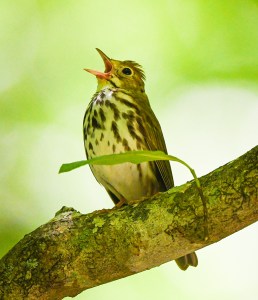 You can usually hear the Ovenbird from a long way off. Its piercing, crystal clear voice cuts through the woods as if singing through a sound system at a Broadway theater.

This is a bird that deserves a stage.

PhotoPost, a new feature on Flying Lessons built around visuals, starts with a video that puts you in a front-row seat for an Ovenbird’s performance:

We aren’t the first to be captivated by the Ovenbird, a stately warbler with oversized eyes and striped plumage that looks like he’s dressed up for the occasion. (Actually it helps the birds blend in with the ground where they spends much of their time.). The species is named for the nest it builds that looks like a tiny bread-baking oven.

The Ovenbird has long been recognized for its song. More than a century ago, poet Robert Frost wrote a sonnet to its haunting tune that, to the poet’s ears, mourned the passing of the season in mid August. 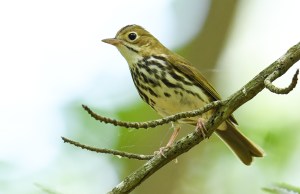 When it sings, the Ovenbird throws its whole body into the act, raising its head to the canopy and turning this way and then that. 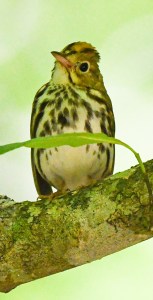 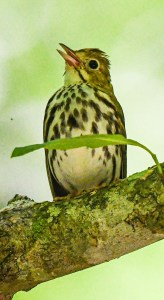 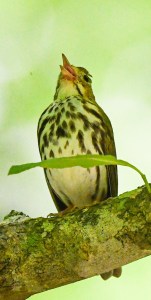 Here’s another take on the Ovenbird that puts its song in the orchestra of the dawn chorus. Lang Elliott has spent 30 years recording the sounds of nature, collected on this intriguing website. A few years ago, he captured the Ovenbird leading the birds at dawn in this recording. 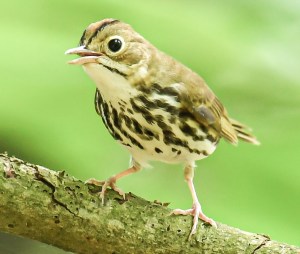 The Ovenbird is so loud and consistent that researchers have turned to its songs when needing to study bird audio. The most famous findings dates back to 1958.

Researchers concocted a complicated test that let them compare the Ovenbird’s reaction to birds it had heard before against those it hadn’t. The study came to the important conclusion that Ovenbirds, and presumably other species, can tell the differences in tones of the songs of other birds. That study had stood for decades as a premiere finding on the listening skills of birds.

Most birds don’t give you much of a show before fleeing when people approach. But every time we’ve come across an Ovenbird they’ve delivered a whole symphony of birdsongs. Most of these photos are from an encounter in the North Carolina mountains this summer. We were walking through the Dupont State Forest on the North and South Carolina line when we heard the Ovenbird’s unmistakeable voice that seems to sing “teacher, teacher, teacher.”

At first, we couldn’t locate the bird, but he wasn’t going anywhere so we had time to look for him. We finally zeroed in on a low branch, not far from our path — and there he was as the video above captured, pure poetry.

Robert Front’s poem is about the bird — and also the observer and the passage of time. We’ll let him have the last word:

There is a singer everyone has heard,

Loud, a mid-summer and a mid-wood bird,

He says that leaves are old and that for flowers

Mid-summer is to spring as one to ten.

He says the early petal-fall is past

When pear and cherry bloom went down in showers

On sunny days a moment overcast;

And comes that other fall we name the fall.

He says the highway dust is over all.

The bird would cease and be as other birds

But that he knows in singing not to sing.

The question that he frames in all but words

Is what to make of a diminished thing.

And here’s a final gallery of Ovenbird photos: 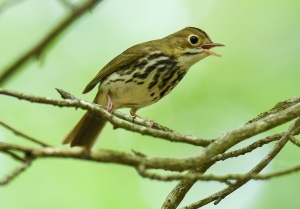 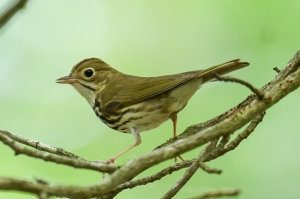 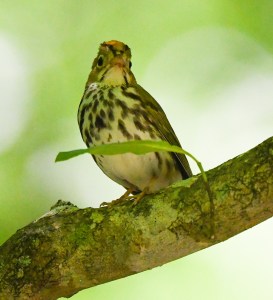 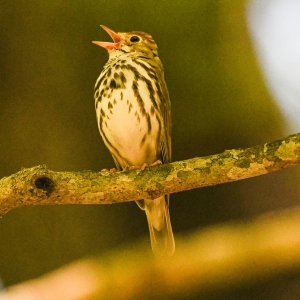 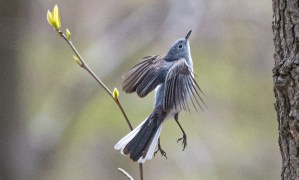 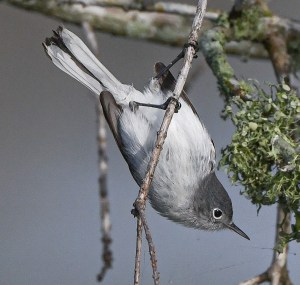 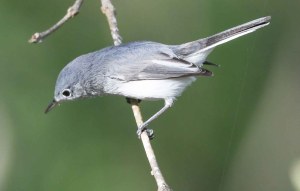 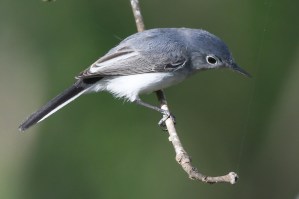 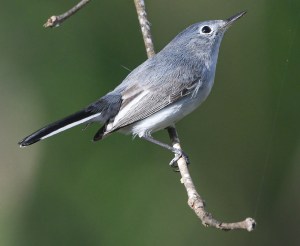 PhotoPost is a new feature on Flying Lessons built around photos and videos. Today’s subject is the bluebird, a conservation success story that can be found in every state in the U.S. The bluebird seems sent from central casting, with deep luminescent blue color, musical song and daily routines that make it easy to watch. All of this makes the bluebird an avian startlet.

The most striking trait is its royal blue color, which is actually an illusion created by the refraction of light in its plumage. It’s depth of color varies with the sun, as this Eastern Bluebird shows in the soft afternoon light.

Bluebirds were in sharp decline in the mid-1900s, squeezed out of their habitat by starlings and finches. That led to a rescue campaign that planted bluebird boxes across the U.S. and brought back the three species, the Eastern, Western and Mountain Bluebird. Today, they are often on display where people tend to live, perched on fences, wires and branches, and simple to identify as a flash of blue. They’re active, expressive and don’t seem to mind an audience, as these photos show: 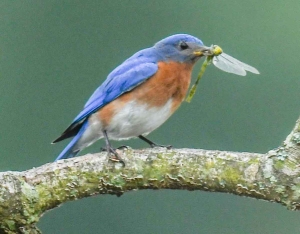 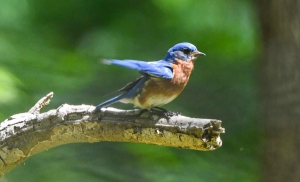 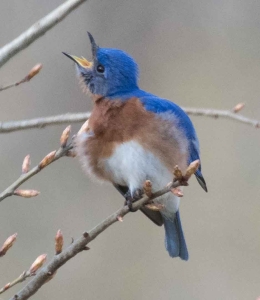 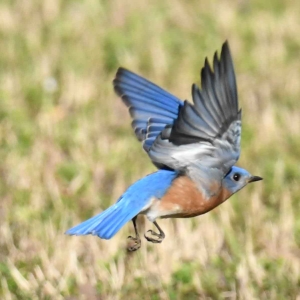 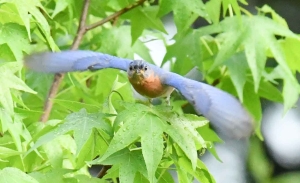 Here’s a 45-second video of an Eastern Bluebird in hunting mode. Watch how he studies everything around him: