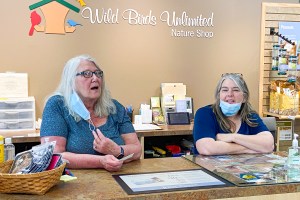 Every birder will want to tune into a study published today in the journal Science that reaches a startling conclusion:  Three billion birds — or 29 percent of the total population across all species — have been lost in North America since 1970.

The research is much more than a traditional study. All of the major bird organizations pooled resources to collect data from the last half century, track what has happened to every species and analyze the modern state of the avian landscape with a precision never before possible.

What this study means is that a sharp and widespread drop in the bird population is taking place. It includes not just the endangered species that get the most attention, but familiar, common birds like orioles, blue jays,  sparrows, blackbirds that seemed to be thriving.

Go to the end of this piece for links to the many stories, opinion pieces, graphics and videos on this research. To read the Science paper itself, go to the website developed as part of this project, click “findings” at the top right and you’ll find a link.

One of the posters the Cornell Lab released with the study

The findings are so stark and surprising, the authors say, that they have reason to hope this might lead to the kind of public response that followed Rachel Carson’s 1962 book, “Silent Spring,”  that helped forge strong new conservation laws.

The research is delivered in the form of a dispassionate scientific study. But the authors –- a Who’s Who in ornithology — do not mince their words when describing the conclusions.

“This data suggests that we are facing the beginning of the end for nature as we know it,” said Mike Parr, president of American Bird Conservancy (ABC). “If we continue to put economic benefits first at all costs, that’s where we are headed.”

Declines among birds have been well studied in recent years, usually focused on those most threatened. Drawing on all the previous data, decades of bird counts and 10 years of weather radar, this study stands out for its breadth of data and sweep of focus.

“Multiple, independent lines of evidence show a massive reduction in the abundance of birds,”  Ken Rosenberg, the study’s lead author and a senior scientist at the Cornell Lab of Ornithology and American Bird Conservancy, said in a release this afternoon. “We expected to see continuing declines of threatened species. But for the first time, the results also showed pervasive losses among common birds across all habitats, including backyard birds.”