Early one morning on a bird walk in Cape May, N.J., our guide was excited to show us something exquisite: A tiny and all but hidden nest of a Ruby-throated Hummingbird. 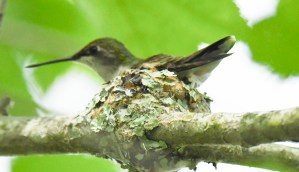 We walked in utter silence, single file, through a swamp lined with trees and brambles. Then he came to a stop and set up a telescope. The nest was on a thin branch 20 feet overhead. Still, it took a while to spot the hummingbird – weighing about an ounce – sitting on a nest the size of a quarter, barely visible through the leaves.

The arrival of a new generation is taking place this summer almost entirely hidden from view.

Most birds don’t sing nearly as much as they go about their work of building nests, producing eggs and raising their young. They hide for obvious reasons: To protect their hatchlings from hazards, predators and the elements during their first fragile weeks.

And yet with a little luck — and the occasional guide who knows just where to look — we can catch a glimpse of this annual miracle. Here are some photos from our travels so far this nesting season: 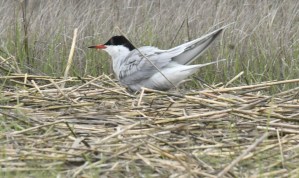 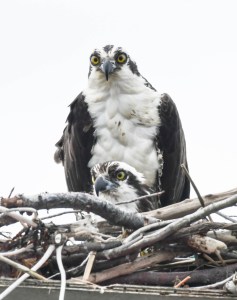 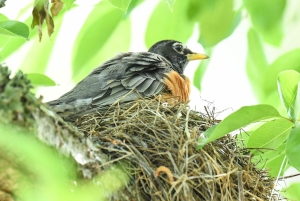 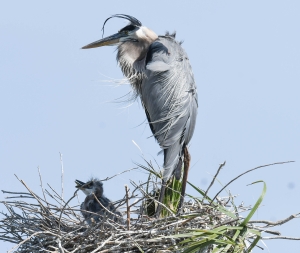 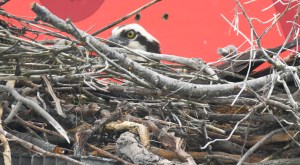 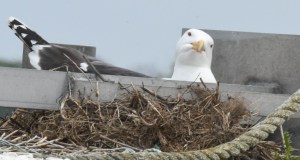 A Canada Goose makes use of an Osprey platform 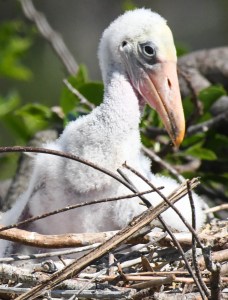 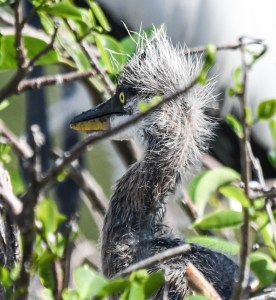