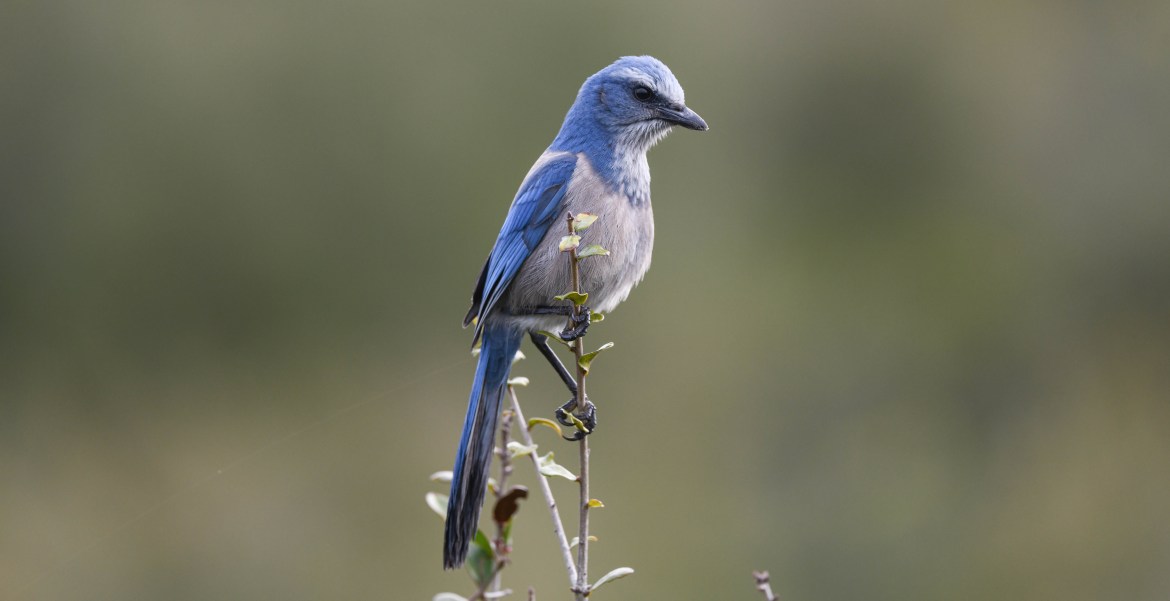 When researchers built a giant grid of radio receivers for tracking birds in the sandy fields south of Orlando, they hoped to find new ways of protecting the struggling Florida Scrub-Jay. 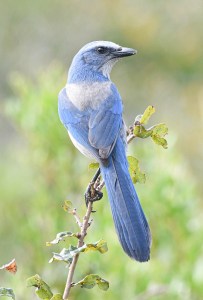 They discovered something else along the way. Birds are a lot more like people than either species might have thought.

The grid concept is something new in bird research. By setting up receivers throughout the Scrub-Jay’s territory, and then equipping the birds with solar-powered tracking devices, biologists can follow the birds’ every move all day long for months at a time.

The research is still in its early stages, but some intriguing behaviors have jumped out:

Like teenagers everywhere, the young jays form tight cliques of favorite friends. Like many parents, adult jays try to build enough territory to pass sections along to their offspring. When the birds start looking for mates, they come up with ways of sizing up the competition – and sometimes coming between couples. 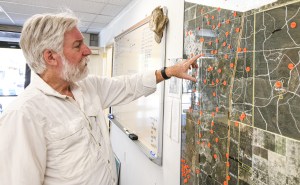 “It turns out that they have very complicated social lives that aren’t that different from ourselves,’’ said Reed Bowman, a research biologist at the Archbold Biological Center that has been studying the Florida jays for decades.

The Florida Scrub-Jay is one of the state’s most popular birds and an uncommon segment of the jay species. They’re found only in Florida – and now only in a few central Florida counties. They’re unusually friendly toward humans. Proponents have pushed, so far without success, to make the Scrub-Jay the state bird in place of the more ordinary Mockingbird. 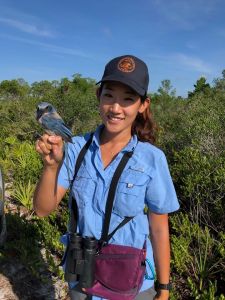 But they’ve been in a long, steady decline, mostly because the jays are so dependent on dry, elevated and mostly treeless habitat that has steadily been lost to development. Wildlife managers are trying to learn how to protect the last 4,000 Florida Scrub-Jays.

The Archbold researchers believe the key is understanding how the birds use what’s left of their habitat. They want to know how the young birds approach breeding and what wildlife managers can do to create the best environment.

At first, researchers thought they could conduct this research by simply watching the jays in the field. “But you could only track a handful of birds at a time,’’ said Young Ha Suh, a doctoral candidate at the Cornell Lab of Ornithology and the project’s lead researcher. “It was really time-consuming.’’