Fledglings take flight: Good news for the nation’s...
Spring migration helped save our sanity; can the...
You’ve started down the path to becoming a...
What a show: Battle of the Hummingbirds reaches...
Beverly’s Basics: Four tips for getting the most...
The Ovenbird takes to the stage
Spoonbills keep expanding their reach — and building...
Beverly’s Birding Basics: How to buy your first...
Why good binoculars can change your (birding) life
How the lockdown has helped birds — or... 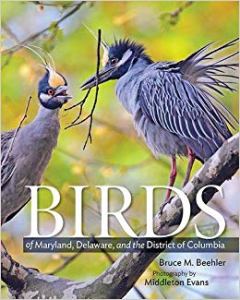 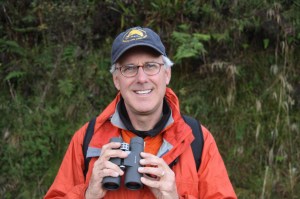 Get out ahead of the rush – while the trees aren’t full and the birds are still on their way:

It’s a good idea to get started early, our expert birders say, before the bulk of the birds arrive, ahead of crowds if you’re in populated areas, and before full leafing gives the birds camouflage.

For the novice, this lets you get experience before the migration’s height in early to mid-May. They also suggest starting in places with a low canopy so you’re closer to the birds and get in some practice on the more recognizable species – such as Cardinals, Robins, woodpeckers and Blue Jays.

“Especially for beginners, you want to get to a place where you’re guaranteed to see birds,’’ Beehler said. “You might want to start at a feeder: Set up a scope. You really want to get that beginning burn, up close, so you’ll say, ‘What the heck. Look at this. This is unbelievable.’ ‘’ 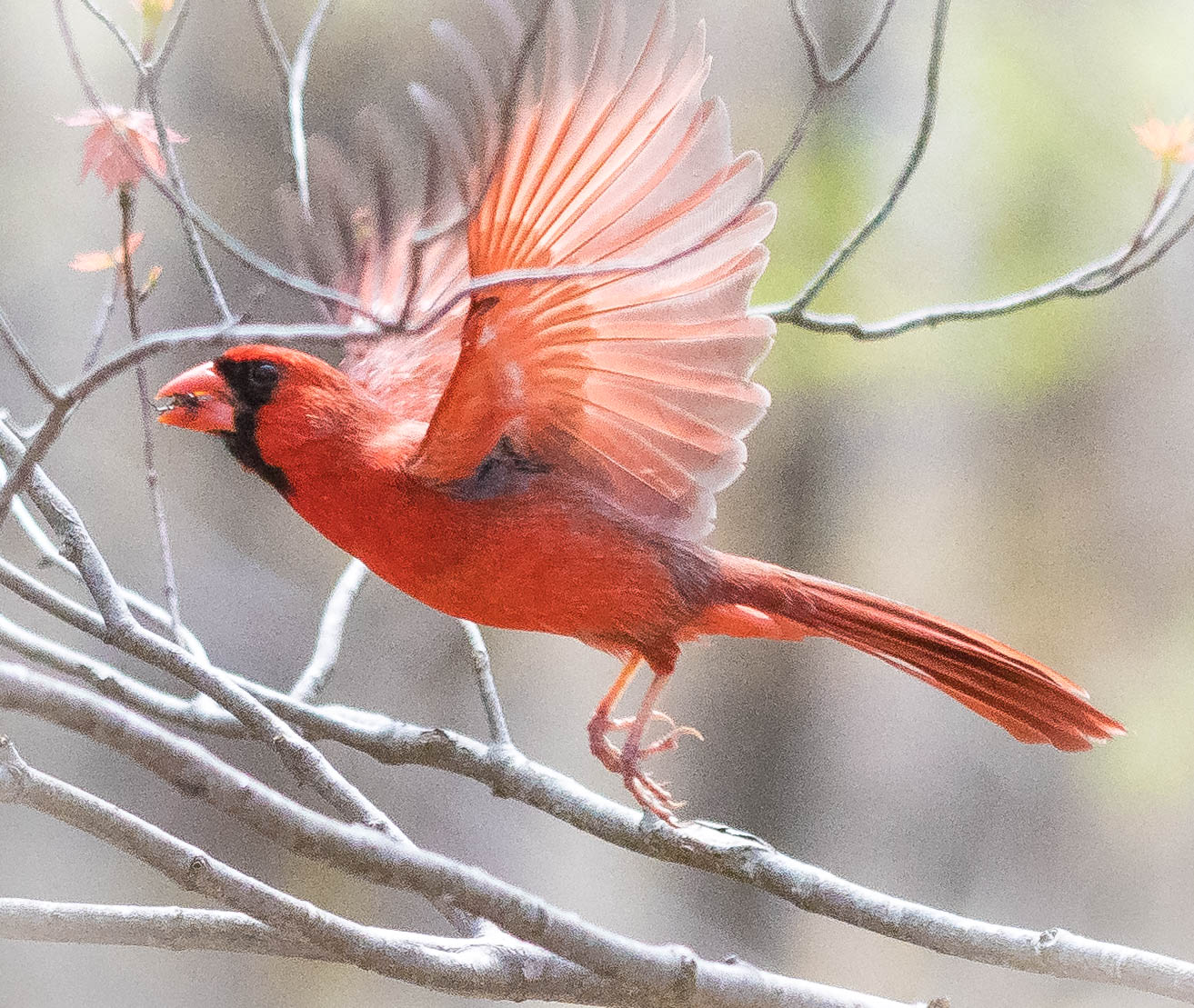 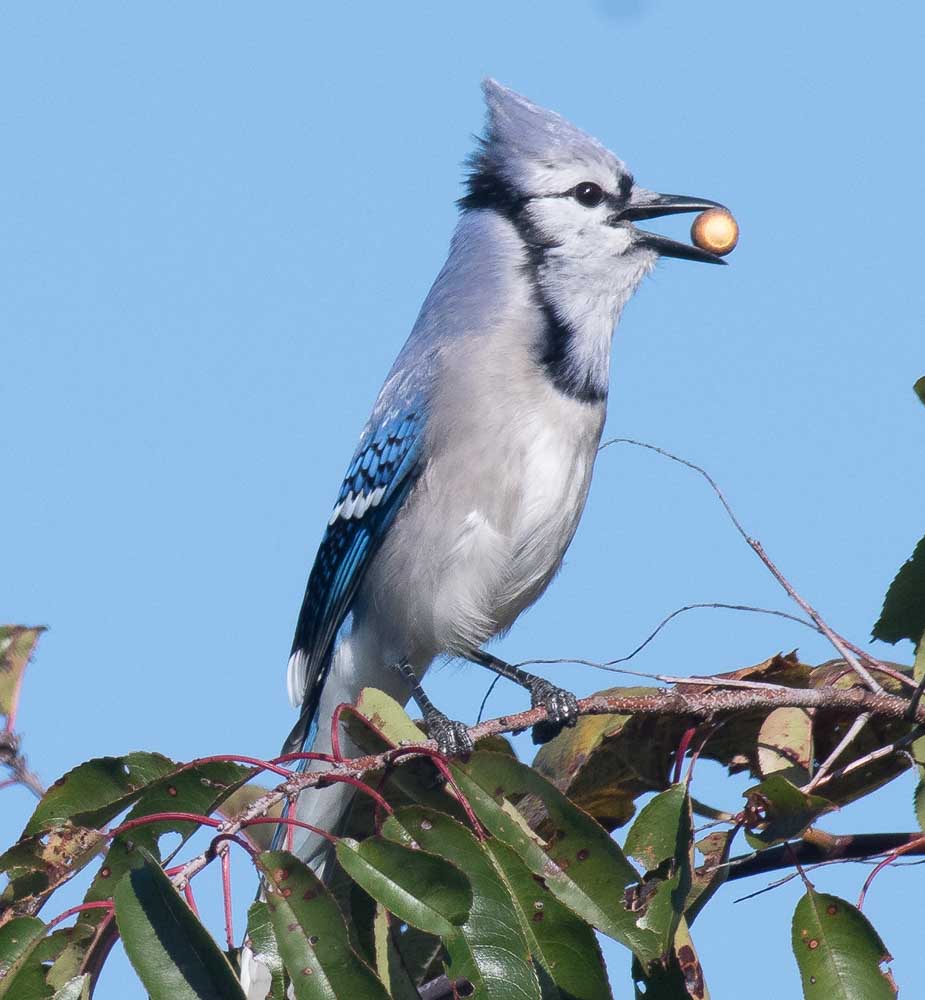 Make full use of the reams of free information to help you find your way:

The great birding advance of the past decade is the arrival of technology to track birds, trade real-time information with fellow birders, help identify what you’re seeing and keep up with individual lists. Many of these tools are available for your phone, so they’ll come right into the woods with you.

Andrew Farnsworth with the Cornell Lab of Ornithology

“There’s so much information now available in ways that are readily digestible,’’ said Andrew Farnsworth, a research associate at the Cornell Lab of Ornithology, who started watching birds at 5 years old. “This adds a whole new dimension in how quickly you can get up to speed as a novice and enhance what you can learn.’’

The websites of birding organizations, such as Audubon, Cornell and the American Bird Conservancy, are packed with information. Birding sites and apps such as Cornell’s eBird, Merlin Bird ID and Birdcast are terrific tools for tracking birds and identifying them in the field. There are dozens of apps that you can download, many for free, to identify birds, learn songs and track what you’ve seen.

Birding is best with some basic equipment, but this is one hobby that will meet you wherever you are:

Birding doesn’t have to be an expensive pastime. You can spend as little – or as much – as you like and enjoy it just the same. You will want binoculars, although they don’t have to cost thousands of dollars. Many of our experts started with borrowed binoculars or antiquated pairs pulled from the family closet.

Just as important as what you look through are some basic common-sense provisions: water, insect repellant, sunscreen, a hat and sunglasses to reduce glare. You are going out into the elements – and they will go to work on you.

Turn to social media for birding guidance: It’s full of advice and discussion, right down to where you can see the latest birds nearby:

Social media is brimming with birding information – and can also help to translate the confusing avian research into everyday language. Jordan Rutter, a biologist and director of public relations for the American Bird Conservancy, said she’s found a warm, welcoming and helpful community of birdwatchers on Facebook, Twitter and Instagram. 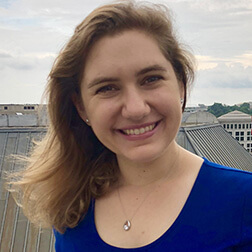 “People shouldn’t hesitate to ask questions,’’ said Rutter, a birding prodigy who still has the binoculars she won as the American Birding Association’s “Birder of the Year” at 13 years old. “Don’t hesitate to reach out, to talk to people. Don’t be intimidated by folks.’’

The wealth of national and local birding sites and posts on social media is massive. Rutter recommends using #ornithology for searching and posting on Twitter. You can find everything from identification pages on Facebook, where you’ll get almost instant verdicts when posting photos of birds that stump you, to local bird alerts on rare species.

Here are links to several helpful posts on how to get started as a birder. Here’s a guide from the Audubon Society. Here’s one from Cornell, along with a primer on the migration.  Here’s an exquisite package by the National Geographic that digs into the fabric of the migration. And here’s a post by the National Parks Service on how to get started.

Be ready anytime and anywhere, and go birding as much as you can:

One of best things about the spring migration is that the birds are everywhere, which means you can be birding just by keeping your eyes open and looking up. There’s nothing like birding in a faraway wildlife refuge for getting away from it all. But you should also be open to flash birding, especially in the spring, our experts say. 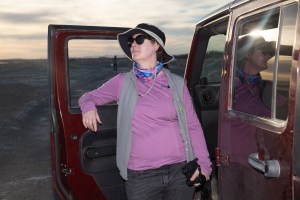 “Birds are the only vertebrae animal that you can find anywhere in the world, anytime of the year, anytime of day,’’ said Rutter. “I work in downtown D.C., and I have birds outside my window. I go home to Silver Spring, and there are birds there. I can go out into the middle of the ocean, and there will be birds.’’

Martha Harbison, the National Audubon Society’s Network Content Editor in New York, tries to go out at least once a week so she can watch the migration unfold a little at a time.

“Get out as often as possible,’’ she says. “Especially during spring migration, even if you have to give up a couple of hours of vacation a week, the birds are coming through so quickly. For me, one of the great things about migration is the continual change, being able to witness the continual wave of change.’’

Patience is one of the great lessons of birding – and it’s particularly important when you’re starting out:

Everything that makes the migration a good time to jump in can also make springtime birding confusing, chaotic and a little frustrating. Often birds are a little more than a blur as they flit about to feed and move on.

Audubon’s Harbison, who regularly leads bird outings for beginners, tells newcomers to go easy on themselves.

“Birding can be hard. Especially when you’re starting out, you’ll have no idea what many of these birds are,’’ she said. “I tell myself every day: ‘This is supposed to be fun.’ I think a lot of times, people won’t allow themselves to be wrong.”

Or as the Conservancy’s Rutter put it: “Honestly, the biggest thing is to have patience. New birders need to remember, you can be birding for your entire life. You’ll always be learning something.”

Finally, here’s a magnificent animated map of the migration from Cornell, which shows how 118 species travel north and south over the course of the year. Cornell also has individual animated maps for more than 100 species that are intricately detailed and bring the migration to life. Here’s the index of all those species.

The wildlife managers who bred more than 200 Florida Grasshopper Sparrows in a laboratory setting over the past two years knew they faced a tricky question when it came to releasing the birds into the wild this spring: Would they

Last spring, in the midst of the monotonous stay-at-home months, the spring migration not only saved the sanity of many but it helped launch a wave of new birders who discovered the wonders of the avian world just outside their

Let’s say you started birding in the pandemic, bought binoculars, and now you’re hooked. You can identify the songbirds and woodpeckers in your neighborhood. So what happens next?       I’ve been thinking a lot about that question while hiking