Tree Swallows caught in midair: A rare glimpse...
Cedar Waxwings are dining their way north: Don’t...
Tanagers are one big, beautiful family of birds....
They unlock the Earth’s treasury of hummingbirds. Does...
Pittsburgh’s National Aviary takes you around the world...
“He’s close.” On the trail of a rare...
It’s a bird-eat-bird world: Pileated Woodpeckers on the...
Tree Swallows caught in midair: A rare glimpse...
What a show: Battle of the Hummingbirds reaches...
Can we save this globe-trotting sandpiper? Only if...
Bird of the WeekBirdingMigrationPhotography 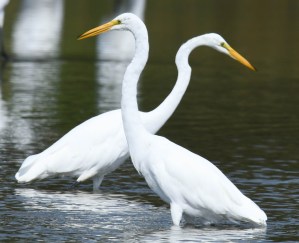 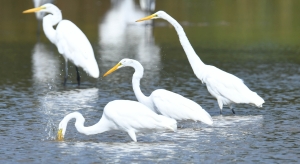 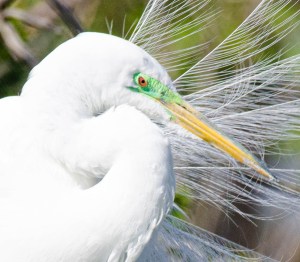 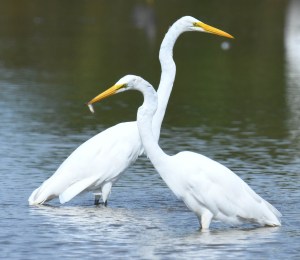 The day of our ballet, the egrets were nearing their migration south, which meant they were busy loading up on food. Their necks would extend forward in their search for motion in the water. They’d move almost imperceptibly to keep from alerting their prey. 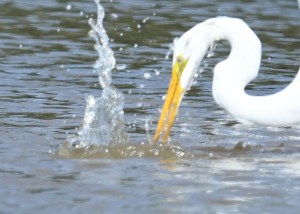 Then with breathtaking speed, they’d strike at the surface of the water. Once the splash had settled, you’d see whether they had caught a fish. In one gulp, they’d down their meal and move on to the next strike.

Here’s a gallery of the scene that made our day: 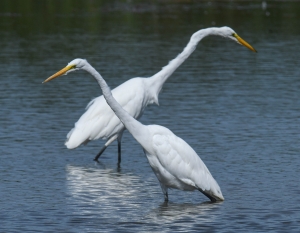 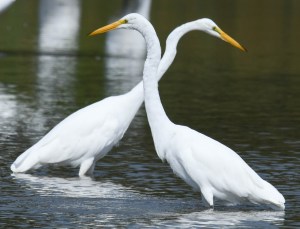 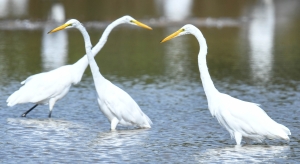 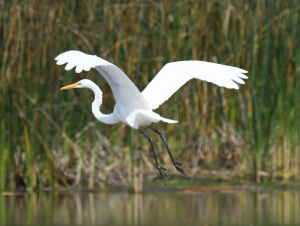 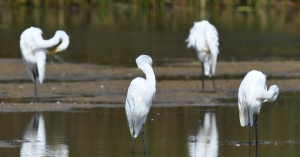 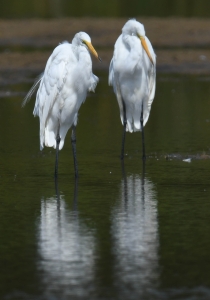 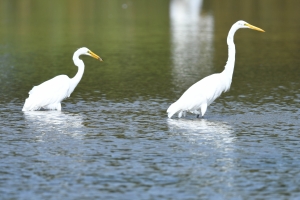