The magic of birds in motion
PhotoPost: How the Bluebird became the symbol of...
Rebuilding troubled species takes decades of patience and...
Hatchlings! Grasshopper Sparrow rescue mission finds a dose...
A holy rite of spring: A Prothonotary Warbler’s...
New Flying Lessons column: What are Florida Birds...
A Green Heron’s Fishing Lesson: Knowing just when...
Flocks of new birders are turning out, which...
The transformation in bird research may hold the...
What the Grasshopper Sparrow is teaching us as...
Bird of the WeekBirding BasicsBirds storiesPhotography

It’s a move that seems to defy physics: The Tricolored Heron hovers in midair just above the surface when it dips its neck down and snags its prey from near the surface of the water.

This medium-sized heron is named for its striking collage of blue, purple and white plumage and known for its frenetic feeding dance in shallow water that helps to scare up prey. But if there’s one acrobatic maneuver that tops them all, it’s how the Tricolor will sometimes feed while flying  — a move worthy of the Olympics. 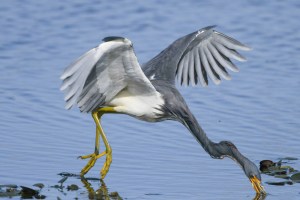 I watched just such a gravity-defying maneuver the other day at a central Florida marsh near Melbourne, where a heavier-than-usual rainfall drew a large flocks to the wetlands. The competition was fierce among hundreds of herons, ducks, gallinules, pelicans and spoonbills.

This young Tricolored Heron was trying out all his tricks. 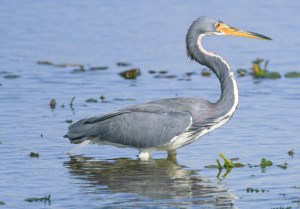 First it zigged and zagged along the edge of the shore, lunging for prospects as it followed its own obstacle course though the water. Then, apparently unhappy with the results, it lifted off and headed to a new spot. That’s when the heron spotted something near the surface of the water.

It dropped down a few inches until its feet were almost touching the surface. As if walking on the water, the Tricolored reached its long neck down and into the pond and snapped up something for lunch. The show didn’t stop there: The bird never landed, and instead recovered its equilibrium and flew on. 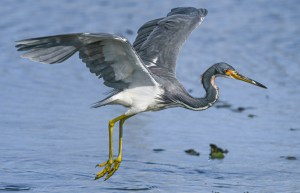 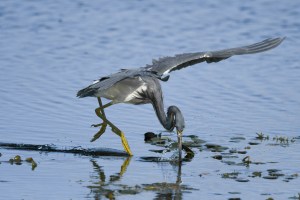 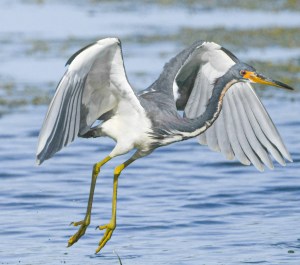 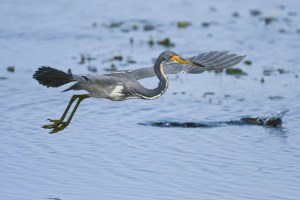 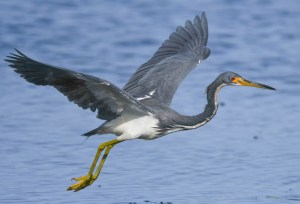 Herons are great fun to watch, particularly the more active Great Blue, Little Blue Heron and Tricolored Heron. As common wading birds that generally don’t mind people, you can study them for hours working the waterways, marshes and sometimes on the beach. The Great Blue can be found all across the U.S. and Central America, and the Little Blue in the Southeast, parts of the Midwest, California and Mexico. 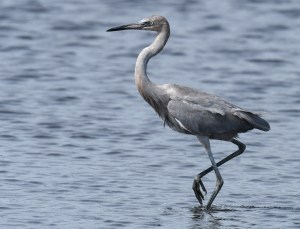 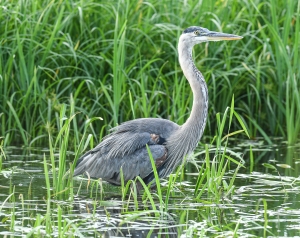 The Tricolored is the hardest of the three to find, more limited to Florida, the Gulf Coast and Central America. But when you do come across one in the midst of its search for food, you may get a performance. This is one bird that deserved a place on the podium.

Here’s a gallery of some of our favorite heron photos, followed by two of Cornell’s range maps of where they can be found. The first shows their range through the year, and the second is an animated version. 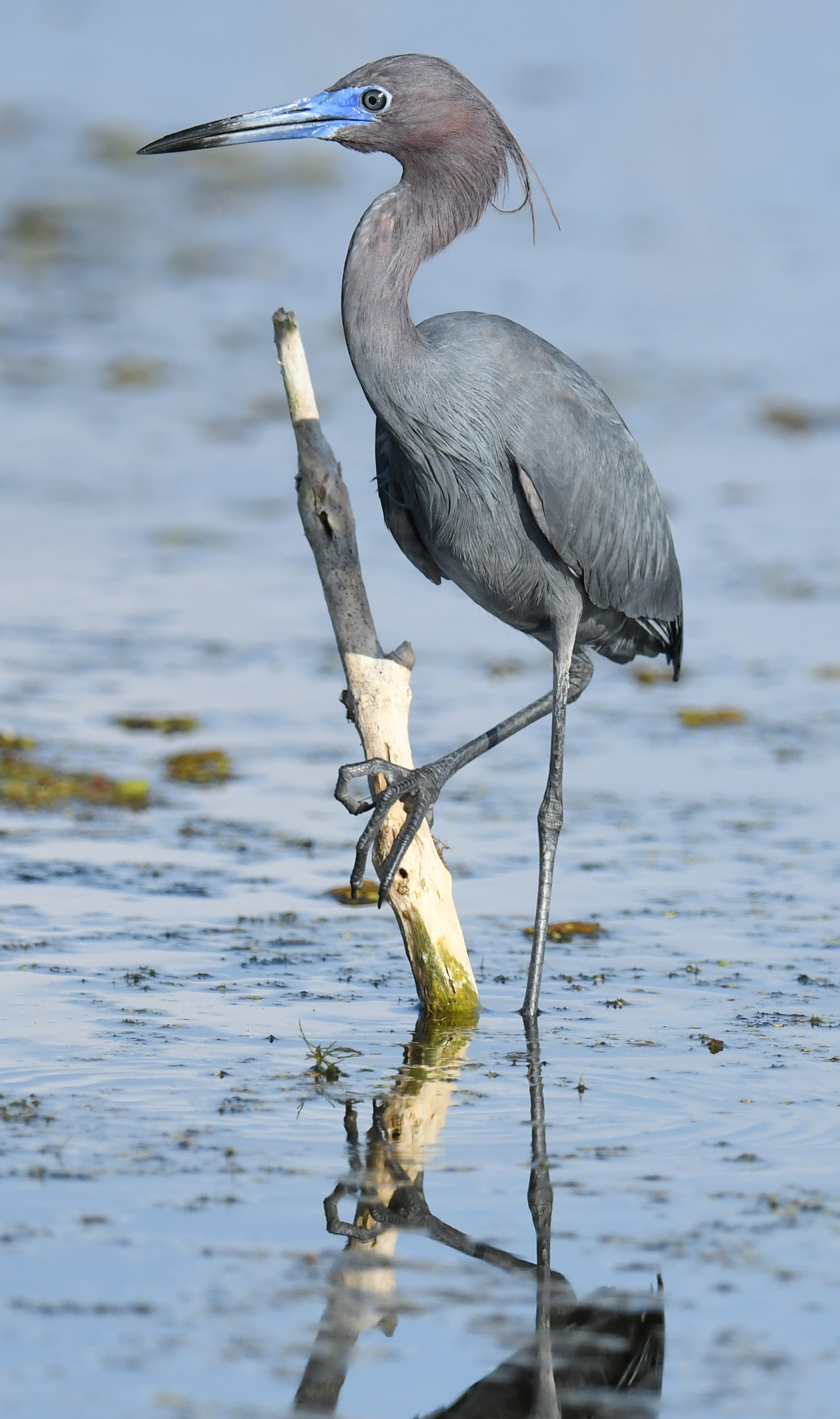 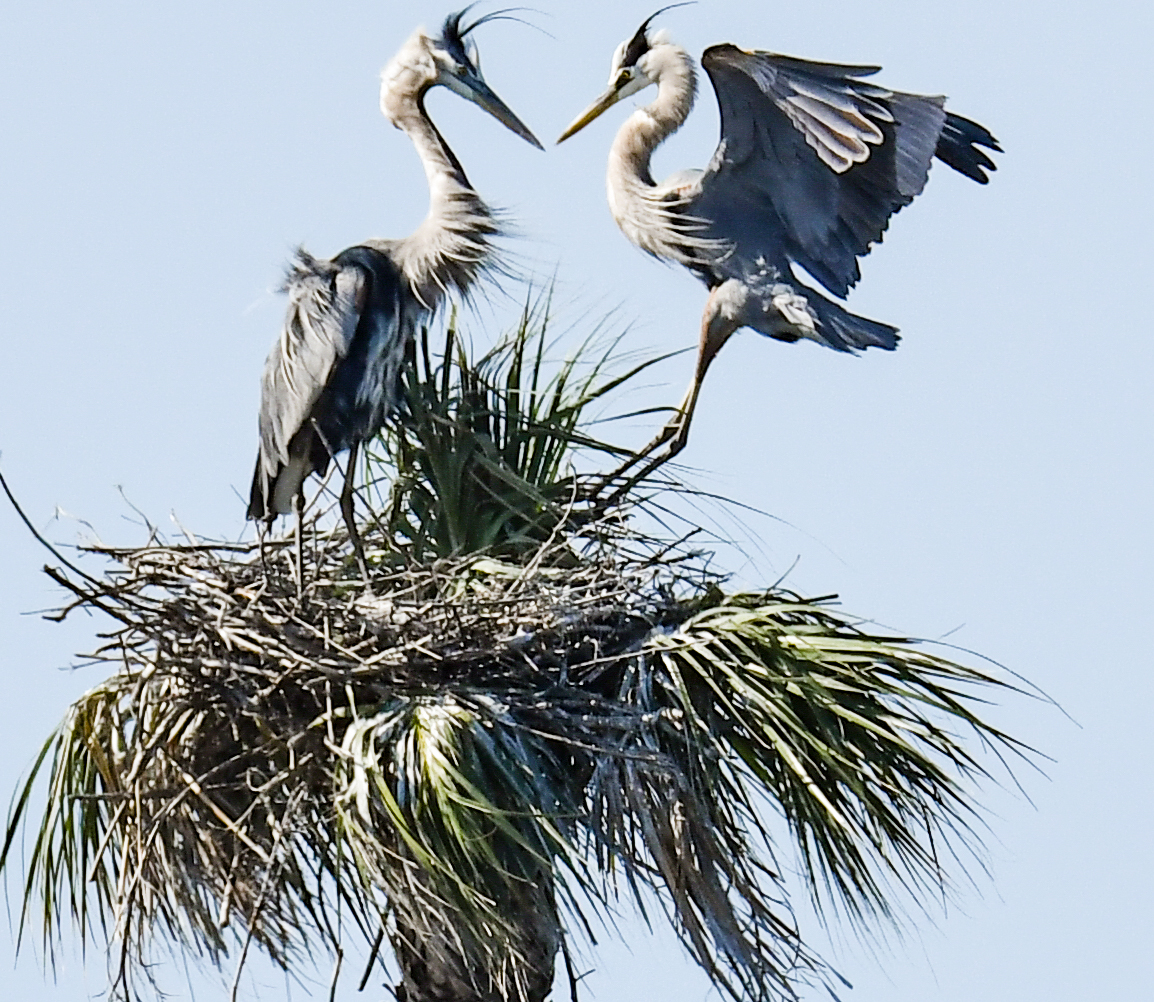 American Bittern, in the Heron family 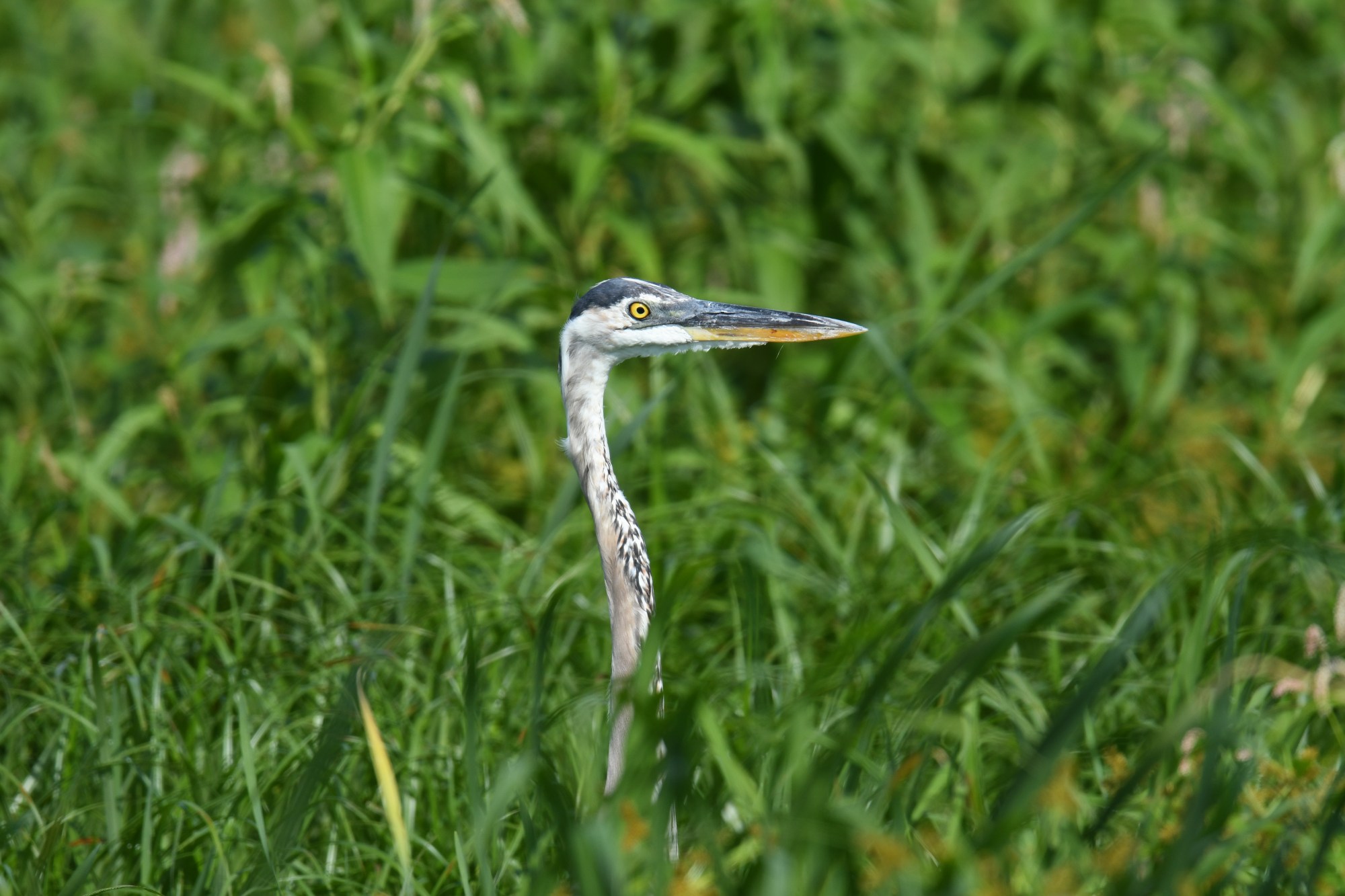 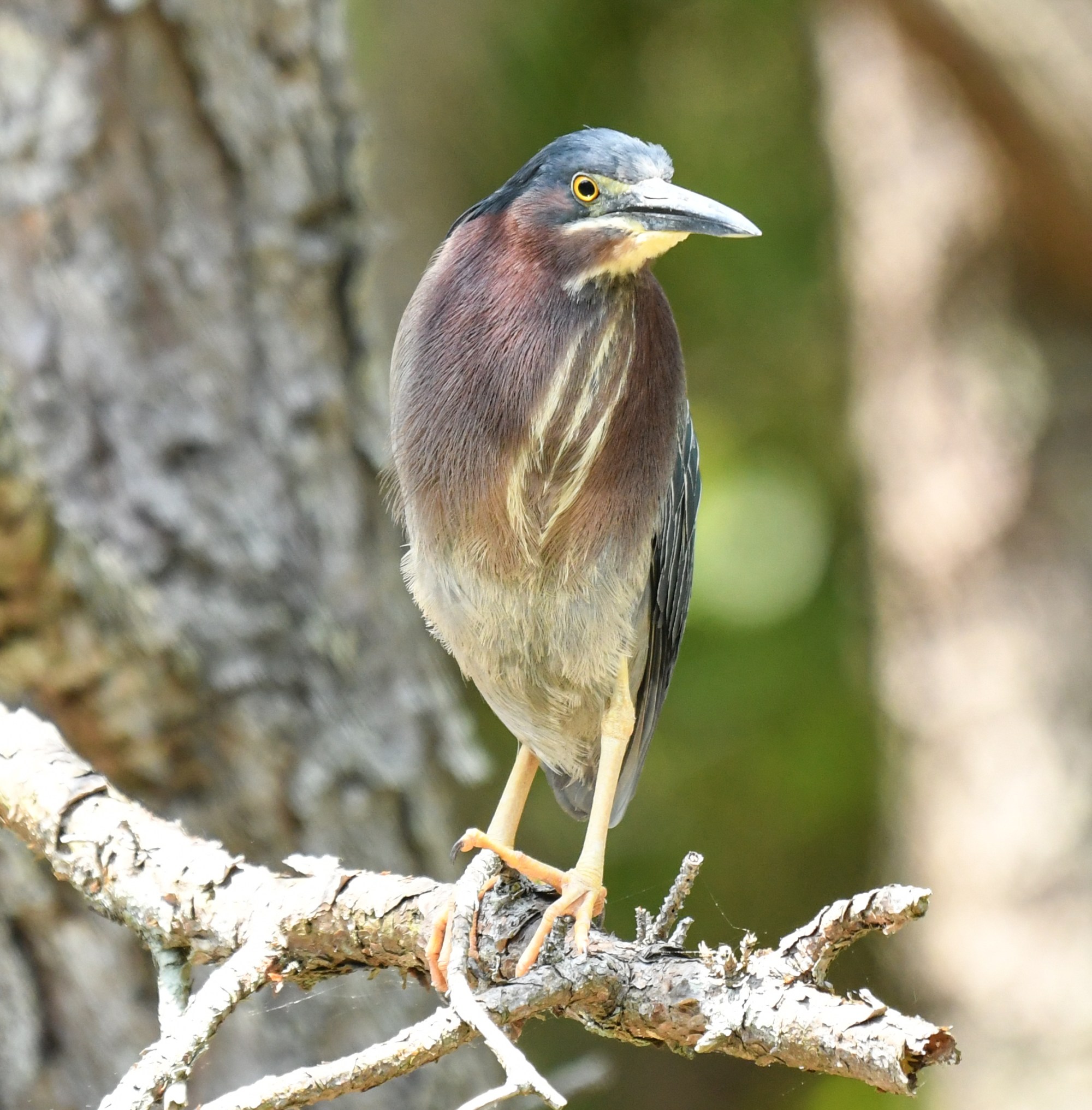 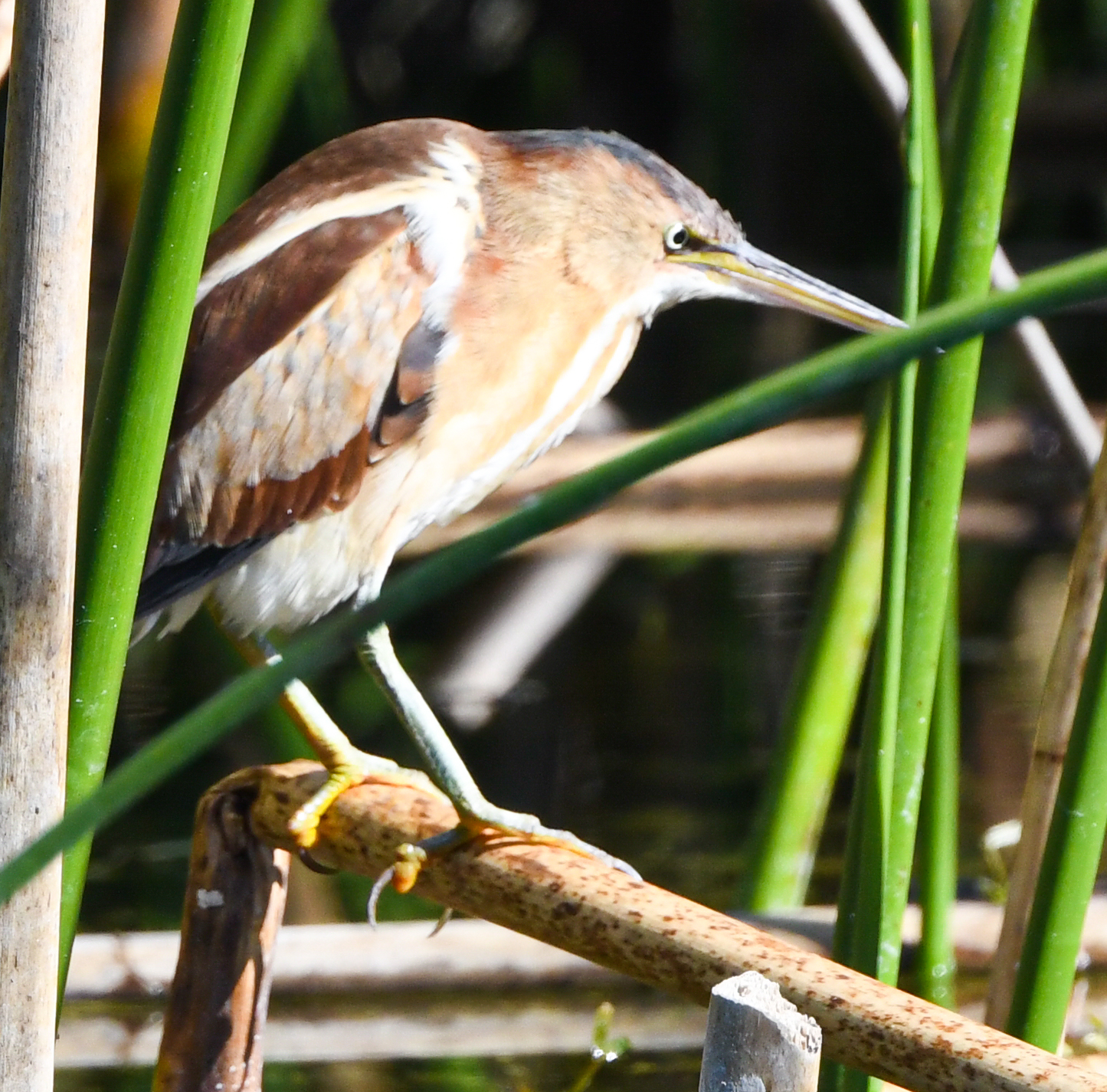 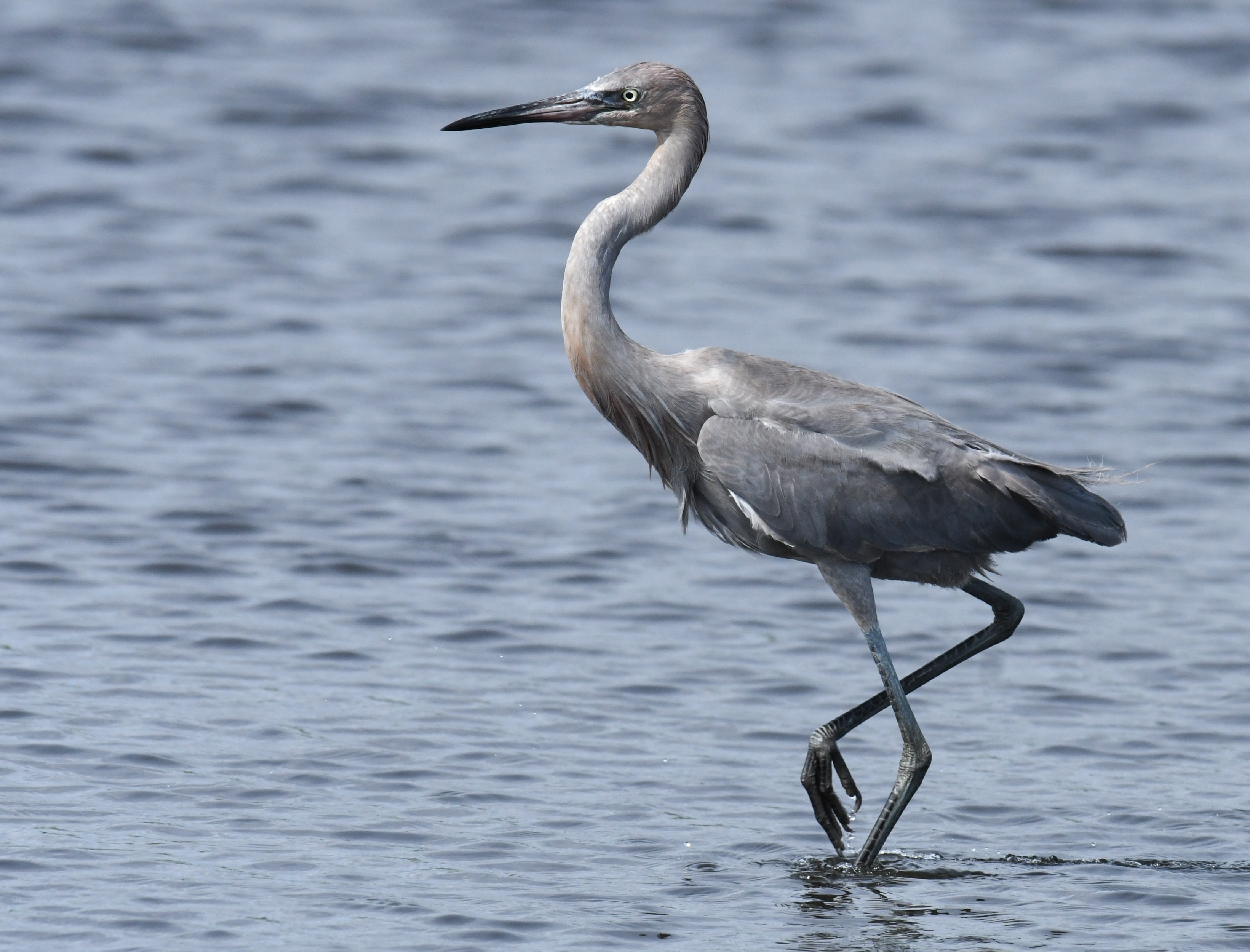 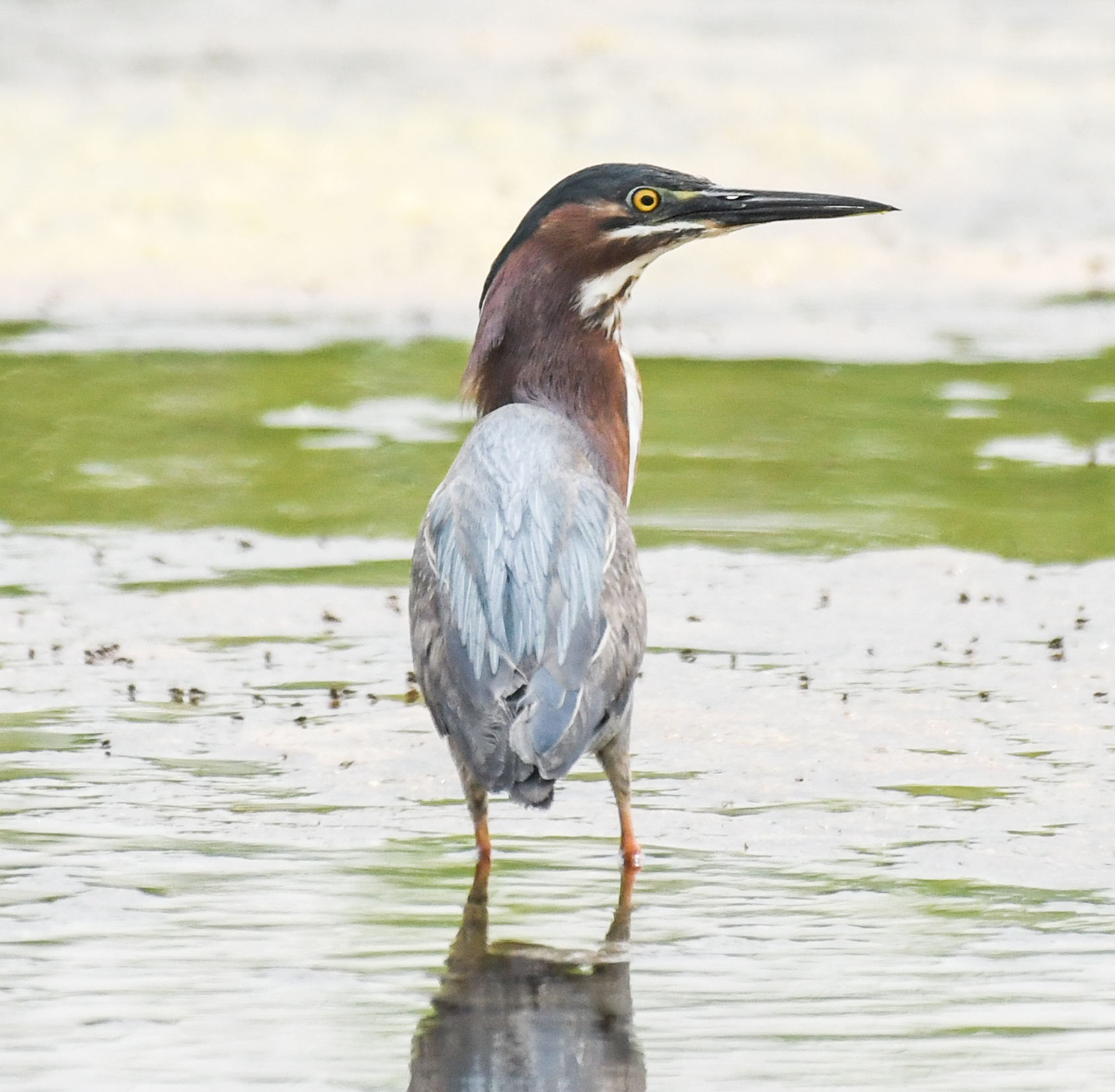 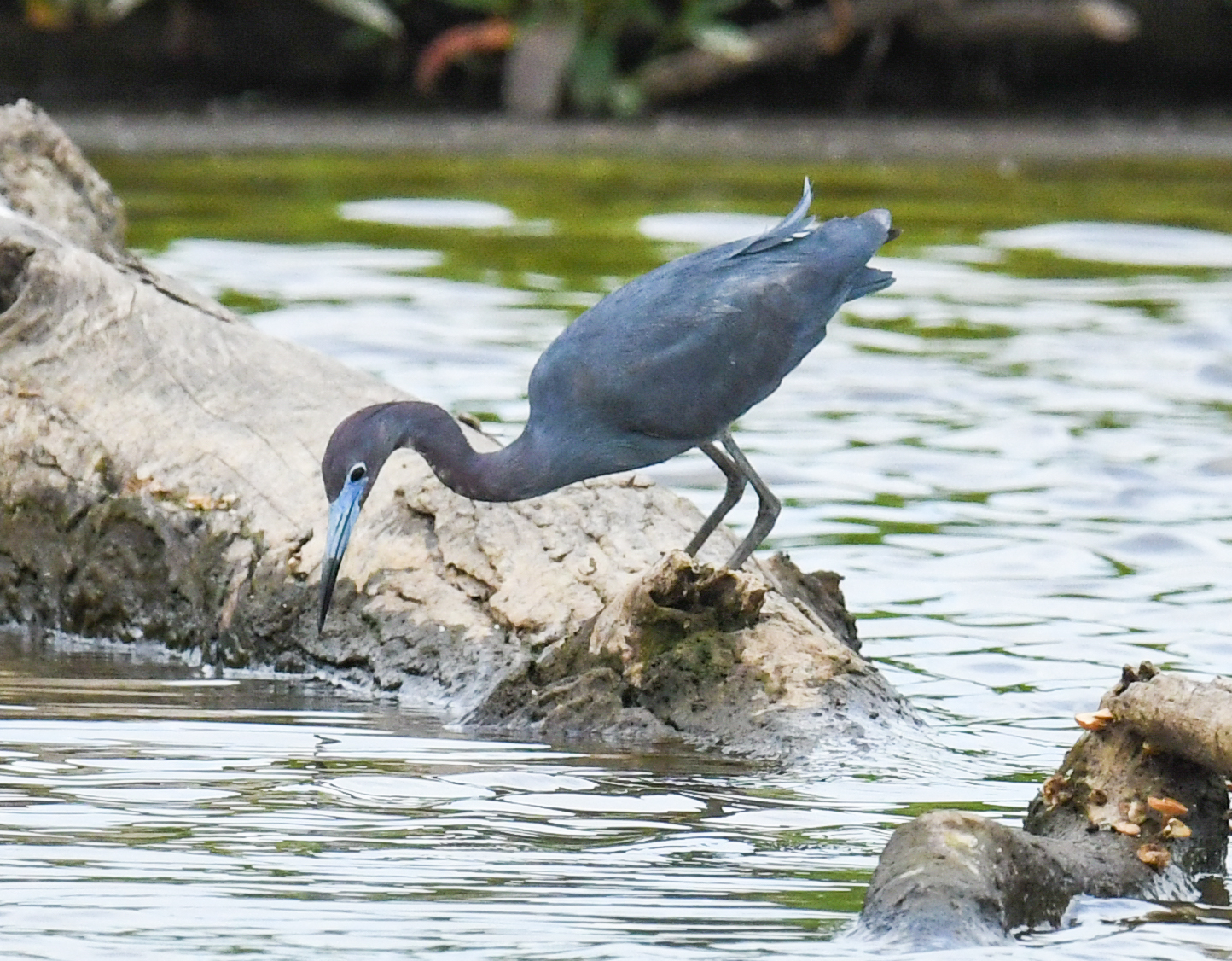 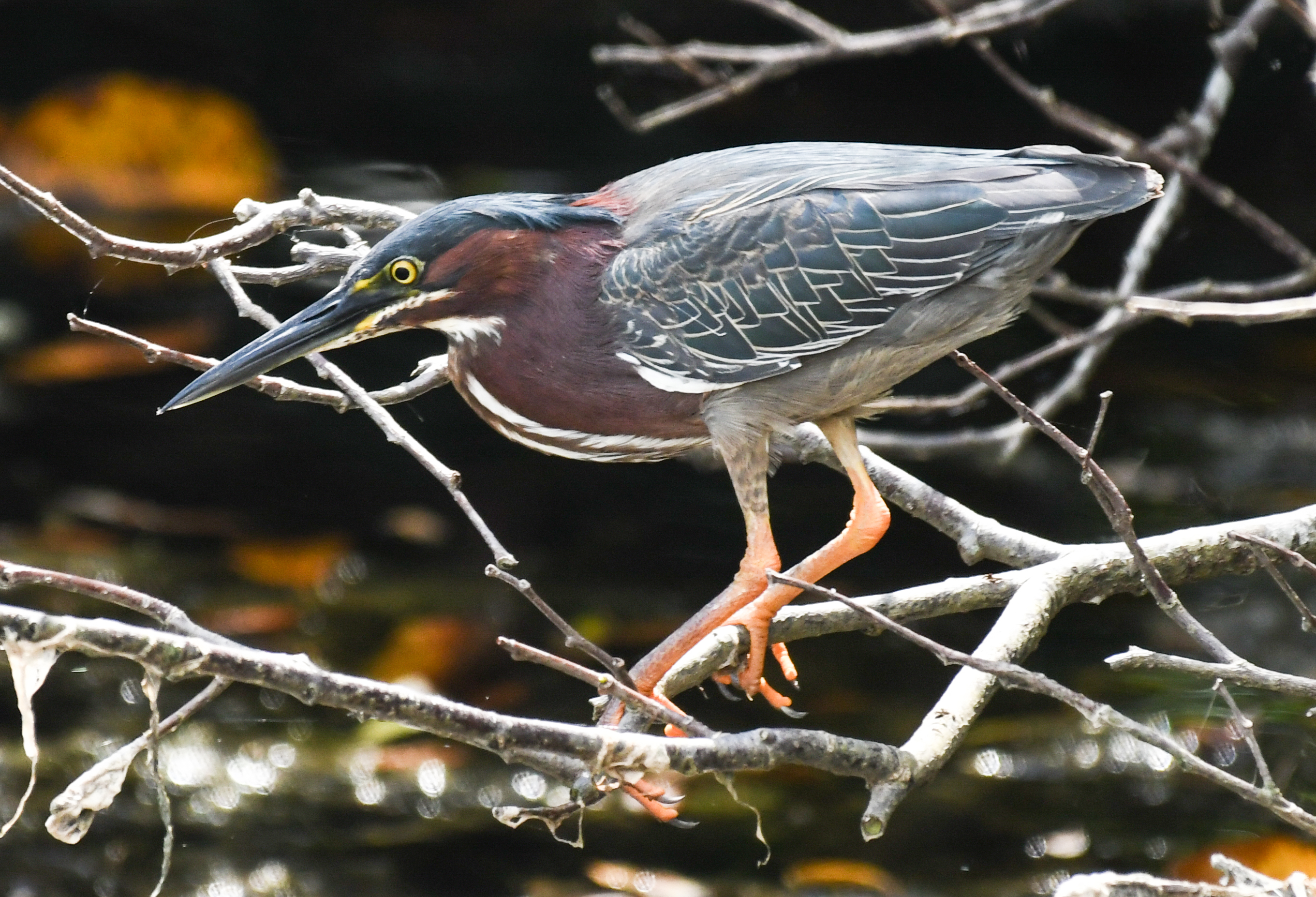 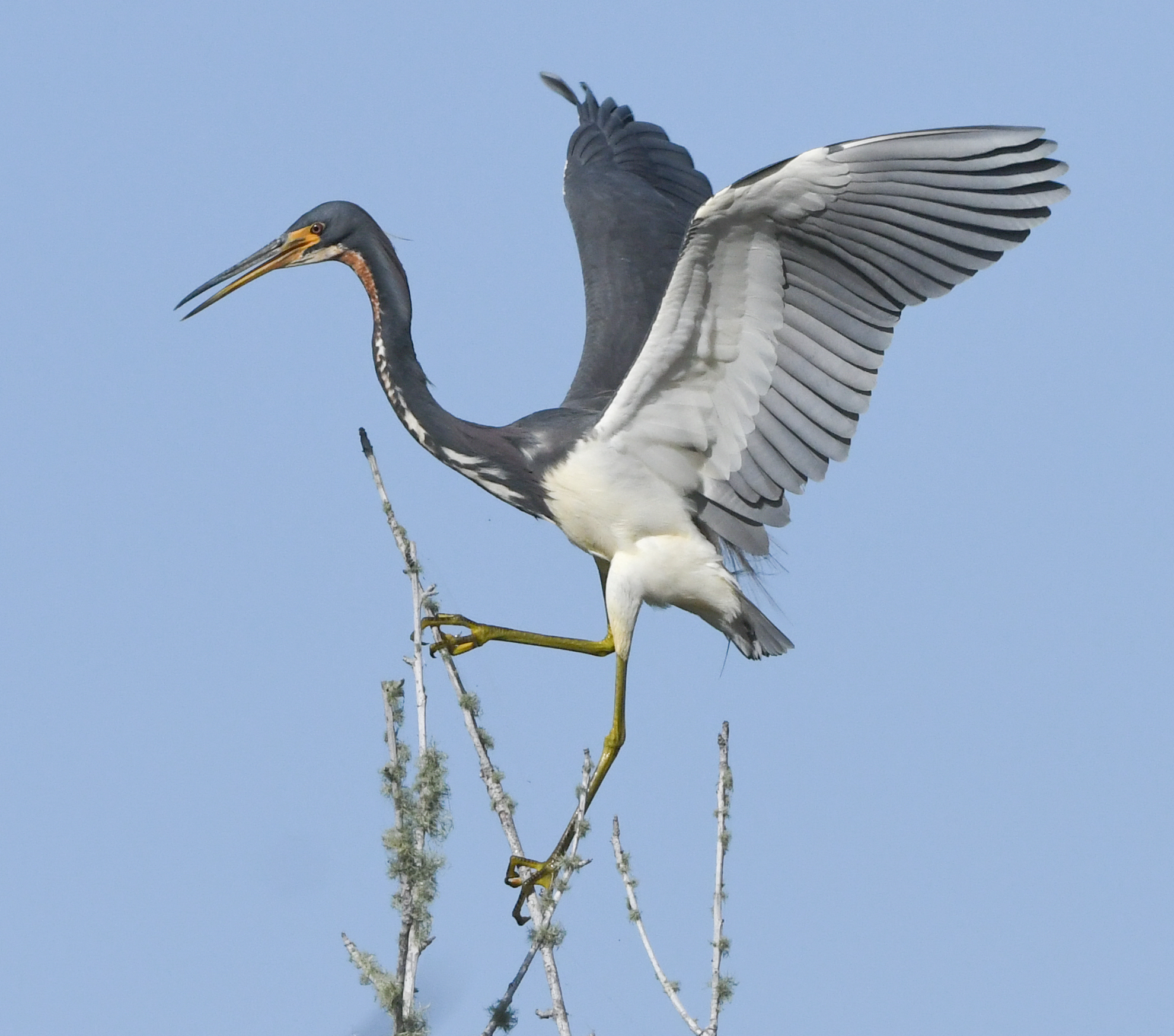 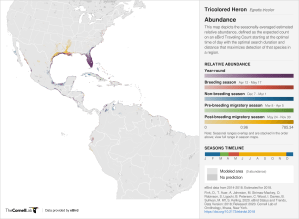 You are a brilliant photographer! To have captured in still images the series of moves the tricolored took to get his dinner is beyond amazing. Most people would just trust the video to capture it, but I am in awe of your still images.

Thanks so much for your kind note. Much appreciated. And thank you for being such a loyal reader of the site.