Year of the Bird: Telling the story of the global campaign to save birds 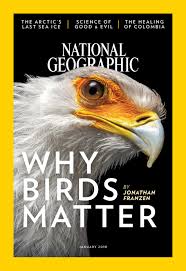 When the Year of the Bird campaign on behalf of endangered species kicked off one year ago, National Geographic magazine turned to a unique voice for its cover story. One of the country’s leading novelists, Jonathan Franzen, took up the question of “Why Birds Matter.’’

The National Book Award winner’s article blended his fascination for birds with his literary firepower. Drawing from his decades of birding all over the world, Franzen walked through the attributes of 49 different species on the way to an appeal for us to change our careless ways.

“Now humans are changing the planet – its surface, its climate, its oceans – too quickly for birds to adapt by evolving,’’ he wrote. “Crows and gulls may thrive at our garbage dumps, blackbirds and cowbirds at our feedlots, robins and bulbuls in our city parks.

“But the future of most bird species depends on our commitment to preserving them. Are they valuable enough for us to make the effort?”

The Year of the Bird project, led by the Audubon Society, the Cornell Lab of Ornithology, National Geographic and Birdlife International, comes to a close on Monday with a long list of accomplishments to its credit.

One of the most notable was the story-telling that came with the campaign. Over the course of the year, essays, journalism, photography and videos drew an enormous audience reaching tens of millions of people to the question of whether and how to preserve the world’s endangered species. Last week, Flying Lessons explored the impacts of this sprawling project. Today’s post looks at the way the coalition told its story. 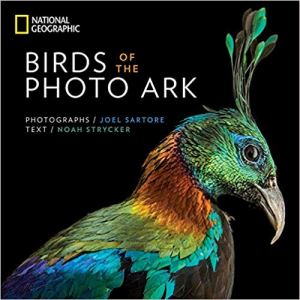 National Geographic’s coverage included magazine stories on exotic and threatened species, its unrivaled nature photography, books and videos that put you, for instance, alongside wet-suited photographers bobbing in the frigid ocean to get a close-up bird shot.

The Cornell Lab of Ornithology used advances in social media and apps to collect huge amounts of data from birdwatchers. The data fuels both scientific studies and storytelling with graphics and animation. The most impressive element is a new animation technique that lets you watch how migrations unfold over the seasons across the hemisphere.

The Audubon Society and BirdLife International used their increasingly sophisticated websites to share birding news, post photographs and make the arguments central to the Year of the Bird project. Audubon’s president, David Yarnold, is a former newspaper editor who writes regular advocacy pieces that draw on his journalism background.

Volunteer organizations from all over the world pitched in as well. Here are some of the posters an Ithaca College graphic design class developed for the campaign under the direction of Ithaca design professor Patti Capaldi. 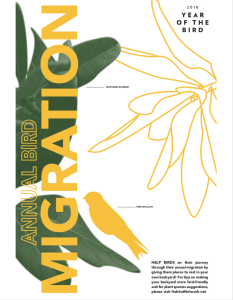 This poster was the work of Gianna Caputo. 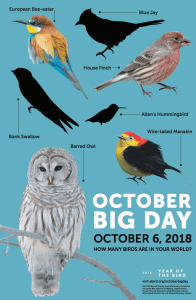 For the October Big Day, when birders around the country count species, Carlie McClinsey designed this poster. 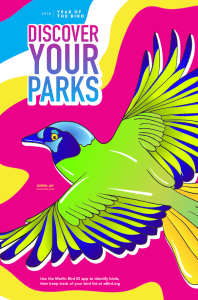 This poster was designed by Christopher Metallo. One of the Year of the Bird challenges was for people to make better use of public parks.

This new website, Flying Lessons, is devoted to the many things we can learn from the birds around us. Nothing drives home those lessons as well as the kind of innovative storytelling that came with the Year of the Bird project.

Here’s a guide to the best of that work. Almost all of it remains timely, and some of the segments offer the only way many of us will ever reach the remote fronts of birding.

National Geographic assembled all its Year of the Bird content on this landing page. The most popular of 10 in-depth stories were a piece on a “one-in-a-million’’ Yellow Cardinal spotted in Alabama, one on why ravens and crows are the smartest birds, and a piece on the world’s oldest known albatross who laid an egg at 67.

First are the breathtaking photos by Joel Sartore, who has taken pictures of 8,750  species of birds that are under the care of people, (from refuges to zoos), as part of his Photo Ark project. Sartore has spun off bird photos from the ark. A sampling can be found midway down the Year of the Bird page on the National Geographic website, and the full gallery is compiled in a stunning 240-page book.

The second — and very different — feature is the magazine’s collection of amateur photos called YourShot, which includes a section on birds as a part of the Year of the Bird project. While these shots don’t come close to the professional photos, the amateurs capture all kinds of magnificent birding moments simply by being there at the right time.

You can easily spend hours on the Cornell Lab’s website watching migrations unfold in their animations. There’s a wealth of data – as well as various animations for the first batch of 100 species. It takes some experimentation to get the feel of this tool, which Cornell has been slowly developing for years as part of its eBird app. The public attention that came with Year of the Bird helped propel the experiment forward. Unveiled a month ago, these animations stand utterly alone in the stories they can tell in graphic form. Here’s an example of the Redwing Blackbird’s travels:

The writing and photo quality in these packages help set this project apart. It reaches its height with Jonathan Franzen’s “Why Birds Matter” essay, the best writing on the value, power and history of birding you will find today. 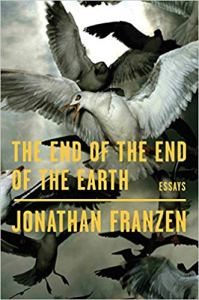 For those who want to go deeper, Franzen has just published a collection of essays, The End of the End of the Earth, that touches on politics, friends, the environment and his travels. While not part of the Year of the Bird, it plumbs the same topics.

Almost a third of the pieces are about Franzen’s obsession with birds and bird watching.

Not all of his bird writing in the new book matches the National Geographic essay, which is included in his new collection. But all are worth reading, particularly for the birders among us.

Franzen takes us along on visits to Africa, Antarctica and Albania. He shares his birding style. He shames himself for his obsession with listing (though careful to let us know his best year totaled a whopping 1,286 species). And he exudes impatience with everyone — from some of his guides to the Audubon Society’s focus on climate change at the expense of other short-term remedies.

In almost every essay, Franzen at some point steps back and offers his own insights about birds that aren’t to be missed. Here’s just one of many examples, from his piece titled “Save What You Love,” where he puts the rise in endangered species into a historical perspective that confronts the environmental crossroads we’re approaching.

“The story that is genuinely new is that we’re causing mass extinctions,” he writes. “Not everyone cares about wild animals, but the people who consider them an irreplaceable, non-monetizable good have a positive ethical argument to make on their behalf.

“It’s the same argument that Rachel Carson made in Silent Spring, the book that ignited the modern environmental movement. Carson did warn of the dangers of pollution to human beings, but the moral center of her book was implicit in the title: Are we really okay with the elimination of birds from the world?”

Bird of the (Holiday) Week: A Woodpecker Worthy of a Hallmark Card