Our long-planned visit to the Cornell Lab of Ornithology in Ithaca, N.Y., this week began just as the White House announced plans to weaken the Endangered Species Act. The move seemed to strike at the heart of the lab’s work to protect birds in a time of accelerating declines.

We were at the lab for a day of interviews on all sorts of topics, but conversations kept circling back to these changes to the law. Many birds are already threatened by the combination of habitat loss, urbanization, pesticides and early impacts of climate change. 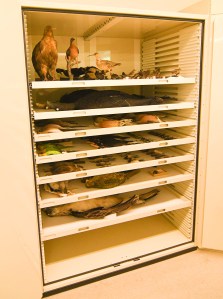 Specimens of extinct species are part of the research collection.

What will happen if the bedrock legislation that helped restore and preserve the Bald Eagle, the Peregrine Falcon, the Alligator, the Grizzly Bear and countless threatened bird species loses its teeth?

A second question kept coming up from members of the staff of more than 200 researchers, scientists, archivists, photographers and computer specialists:

What would it take for the millions of Americans who care about birds to come together on a scale equal to the threats so many species are facing?

“The bottom line is that we need to have a voice,’’ said Ken Rosenberg, an applied conservation scientist who works both for the Cornell Lab and the Washington-based American Bird Conservancy. “We need to be a force that the politicians have to reckon with.” 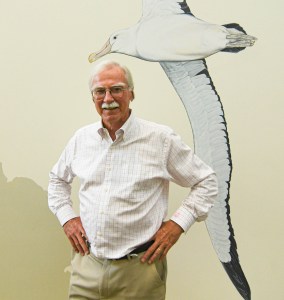 This isn’t a new question when it comes to birders. It’s hard to pin down their exact numbers in the U.S., but government surveys put the number at around 40 million people. They range from backyard birders to weekend birders to those who’ll travel wherever the latest rare species can be found.

That’s a huge group that has so far remained passive and diffused through a rising tide of bad news for birds. The authoritative State of the World’s Birds Report concluded last year that 40 percent of the Earth’s species are in decline. A May United Nation’s study predicted that a million species of birds, animals, plants and insects are threatened with extinction in the coming decades if action isn’t taken.

More research along these lines is on the way: The most comprehensive report ever conducted on the state of North American birds is about to be released in a scientific study on what’s happened to the overall bird population over a span of 50 years.

The findings, assembled jointly by all the major bird organizations, are embargoed. But many who’ve worked on the study say its conclusions are alarming enough to serve as a call to action.

Will bird-lovers answer that call?

At the Cornell Lab, researchers have been chronicling the vital role that birds play in the balance of nature since 1915. Executive Director John Fitzpatrick, who has shaped the lab into the research and digital powerhouse it’s become, makes the point that birds are the key to understanding our environment.

“They are literally the heartbeat of the Earth’s system,’’ he said. “They tell us how nature works.’’ 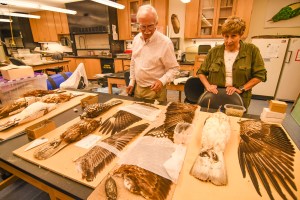 The lab’s mission is science and information, leaving the outright advocacy to others. But lab staffers seem to agree that it will take more than the traditional arguments to mobilize the country’s birders in the same way the National Rifle Association, for instance, advocates for gun ownership or hunters push for protection of game species.

Today, even if the groups were to fully mobilize birders, it’s not clear how those interests would be represented in the political realm, or how funds might be collected to power a broad campaign. “The truth is, there’s no mechanism for that to be done,’’ said Rosenberg.

The major birding organizations are indeed pushing for protections, lobbying government agencies and legislators and speaking out on the issues of the day. The Audubon Society published an immediate response to the reshaped Endangered Species Act Tuesday. More pressure is certain to follow as the likely impacts of the these changes become clear. 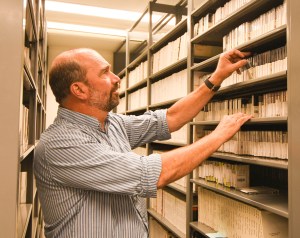 Mike Webster, director of the lab’s Macaulay Library that collects and organizes millions of bird photos, recordings and videos.

But each of the bird groups has separate emphases, and while they work together on select projects, they have yet to create a true omnibus campaign that might help to unite their supporters.

As the news from Washington circulated through the lab, the question of how to pull that off was on the minds of everyone we talked to.

“Awareness is no longer the bar,’’ said John Bowman, head of the lab’s Conservation Media program that produces vivid reports to support the lab and its partners. “Changing behavior is the bar.’’ 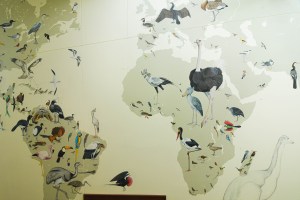