We spent many hours during the last spring migration at the crest of Washington D.C.’s Rock Creek Park, hanging out with some of the area’s most experienced birders waiting to see what species would appear next.

When the mornings were slow, the conversation sometimes turned to how unpredictable the migration has become: Some days would be as quiet as July, and others suddenly filled with a flurry of unexpected migrants flying through.

Species in today’s study include many warblers, songbirds and wading birds, such as this Whimbrel. Photo from Cornell Lab by Kyle Horton. Cover photo of Long-billed Curlew is by Nick Saunders.

For years, birders around the country have watched the evidence gather that the bird world has been disrupted.

But this fall, three scientific reports in succession, including a major study released today, have fundamentally altered the picture of what’s happening. Modern technologies are enabling a new level of research about birds, migration, breeding and populations with a precision not possible just a few years ago.

Today’s study is the first to document how birds are starting their spring migration journeys a great deal earlier to keep up with climate change. And while migratory birds are trying to adjust, the research based on 24 years of weather radar data suggests that the intricate balance of when plants flower, insects arrive and birds start breeding are falling out of sync for some of these species.

“How bird populations respond in an era of such rapid and extreme changes in climate has been a black box,” said Andrew Farnsworth, a co-author of the migration study and researcher at the Cornell Lab of Ornithology. “Capturing scales and magnitudes of migration change over time has been impossible until recently.”

Here are some of the Cornell Lab photos of species that are part of the migration research: 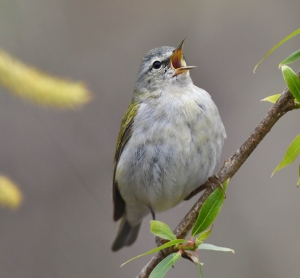 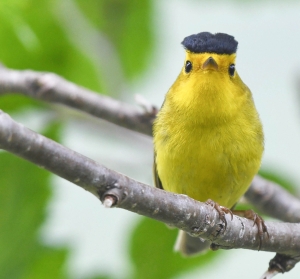 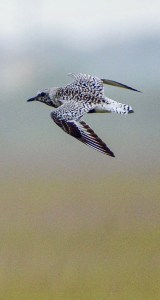 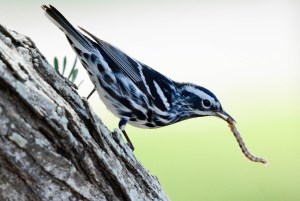 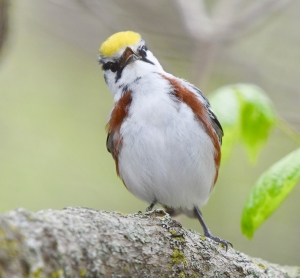 The migration study, by a team of scientists at Cornell, Colorado State University and the University of Massachusetts and published in Nature Climate Change, comes just after two other major reports. One by a group of bird organizations looked at what’s happened in the past, and the other by the Audubon Society project looked at what’s likely in the future.

The consortium’s study in the journal Science in September found 30 percent of the breeding bird population has been lost in the last 50 years. The Audubon project predicted in an October report that two thirds of the world’s species will be at risk from climate change.

We’re in an era when people feel free to ignore or even dispute scientific findings we don’t like. That may be one of the reasons that, like students showing their work sheets, the authors of this new migration study published many of the calculations that led them to their conclusions.

Here’s an example of the detailed graphics published with the raw report, this one shows how the temperatures and bird flights have changed over the past two decades.

This graphic shows the spring migration when birds are under pressure to start breeding starting earlier, but the fall not changing as much.

The veteran birders we were lucky enough to accompany this past spring in Washington had valuable insights about shifts in the migration. They could see a flash of color at 50 yards and identify a warbler in flight. They could recount when and where they’ve spotted that particular warbler and what that might mean for its migration patterns.

We love the wisdom you find on the birding trail. Yet what we see in the woods, fields and on hillcrests such as that favorite D.C. spot are a narrow view of this massive phenomenon. Now, really for the first time, we can understand the global picture of what’s taking place.

The news isn’t good, and in many ways it’s heart-sickening. But the enormous detail of this research is not only breaking new ground. It’s also the best hope we have of coming up with truly effective remedies that might protect more birds – and let future generations have the same exhilarating experiences we’ve all had following the birds.

Here’s a link to the migration’s report landing page, with fee access.

And in case you haven’t had quite enough of the details, here are two more fascinating graphics from the migration study. One compares the changes in temperature with the adjustments in migration by birds arriving as much as a month earlier than 20 years ago. The other plots the expanding anomalies in the spring migration. As a reward for reading all the way through, we’ll add one final photo gallery from Cornell’s bird collection at the end. 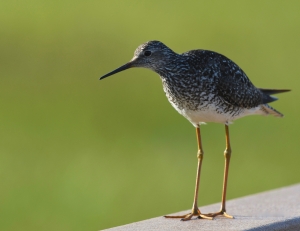 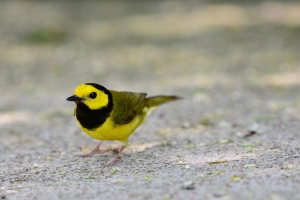 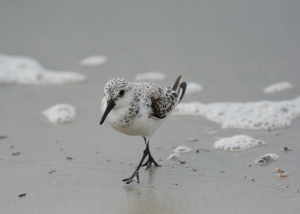 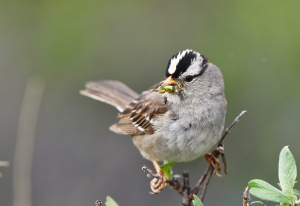 What started 150 million years ago — and is just as fascinating today?