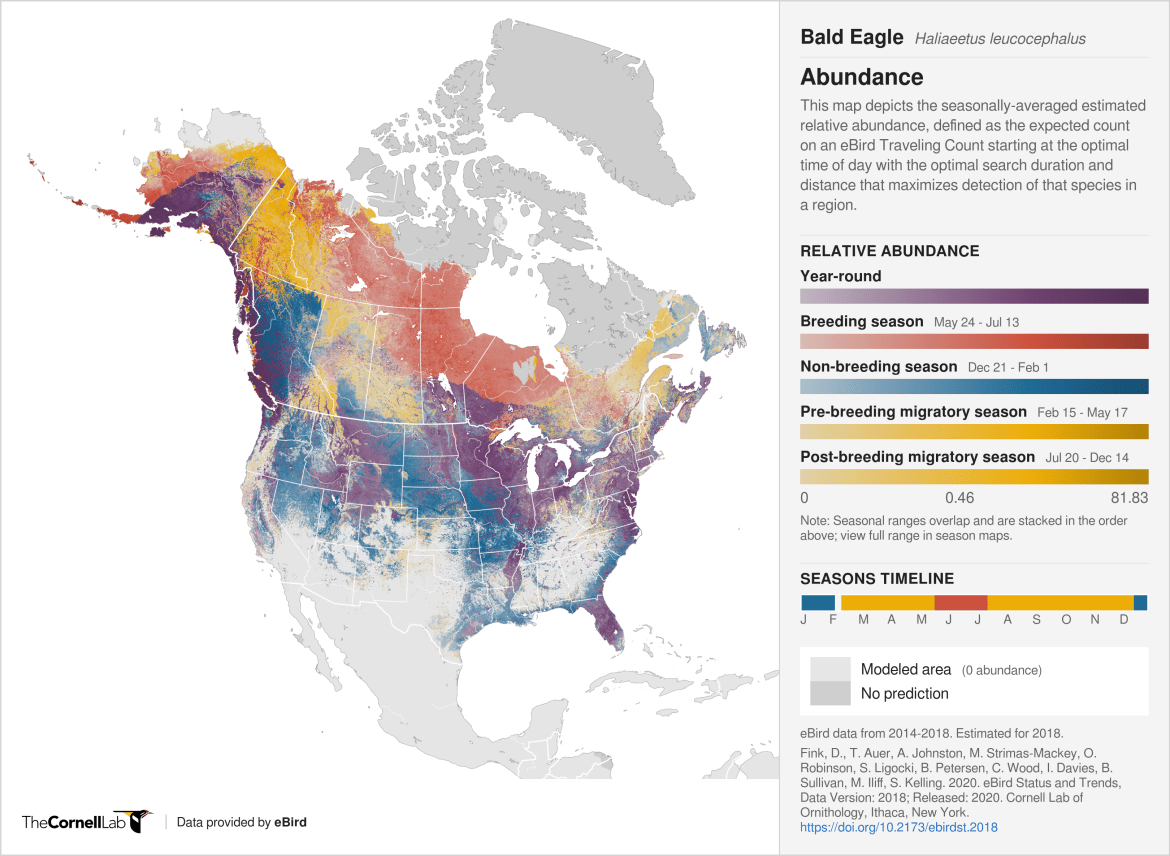 For years, the twice-a-year migration of billions of birds was one of nature’s most spectacular events that we never really got to see. That’s because most of the action takes place out of sight, far above us and often at night.

That began to change in the last decade with new technologies for tracking birds, and last week brought a milestone: The Cornell Lab of Ornithology completed a massive project that creates maps and animations for nearly all North American species.

The result is an unprecedented view of how birds move, arriving just in time for the spring migration.

This is big news for anyone interested in birds. The data in this project, all of which is free, will strengthen everything from scientific research and conservation to the power and precision of the tools you use on the birding trail.

The impacts are so far-reaching that Beverly and I couldn’t agree on what’s most important here. So we thought we’d each make our case and let you come to your own conclusions. 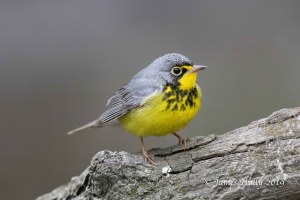 Beverly: The best way to appreciate this work is to start by looking at one of these animations. They’re beautiful, with patches of bright colors flowing back and forth across a map of the hemisphere that represent migrating birds week by week throughout the year.  I think these are the most compelling — and entertaining — of all the maps and illustrations that come under Cornell’s eBird umbrella. You can find a complete list of the maps by species here on the Cornell website.

For example, here’s an animation of how the tiny Canada Warbler travels the length of the hemisphere twice a year.

Not only can you watch the warblers’ weekly progress from far north Canada to Latin America and back, but you can use these maps to help figure out when they’re like to pass by you. And when you’re trying to find a bird you’ve never seen before, knowing exactly when the largest flocks are arriving is a huge help.

Anders: The point is that animations like the Canada Warbler, along with abundance, range and breeding maps, now exist for 610 species, which make up almost all of the species in North America, in archives Cornell calls status and trends maps.

The lab began putting these together about two years ago as a way to convert their raw bird data into compelling maps and show how birds move through the seasons of the year. The first batch of maps covered about 20 percent of the species, but the addition of the rest of the species opens all sorts of possibilities for comprehensive research and conservation approaches.

“This is a big jump in terms of the utility of the data project,’’ said Daniel Fink, a senior research associate at the Cornell Lab.

Go to the end of this post for a summary of the full lineup of birding options from Cornell. 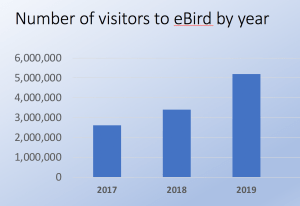 Beverly: Any dedicated birder will be excited about the research and conservation possibilities. But the reason to put a focus on the birders in all of this is that they are creating the data.

Every time birders file checklists of species on their eBird app, Cornell collects the data in the first step of the process. Each checklist tells the number of birds spotted and exactly where they were.

As eBird has gained traction, the number of users has risen dramatically — with a total of 500,000 regular users to date who together have filed about 42 million checklists. That’s a lot of birds.

In the past two years alone, the number of visitors to eBird overall has nearly doubled, jumping from 2.6 million in 2017 to 5.2 million in 2019, said Ian Davies, the eBird project coordinator. About half of those visitors submit checklists of the birds they see that, once enhanced by radar and weather data, is the raw material for Cornell’s maps and animations.

“I never fail to be amazed at the collective power of people who appreciate birds,” said Davies. “None of this would be possible without people who care about birds.”

Anders: That’s a really important point, and I would guess one of the reasons contributors are increasing so much is because birders understand how their checklists serve the greater good. 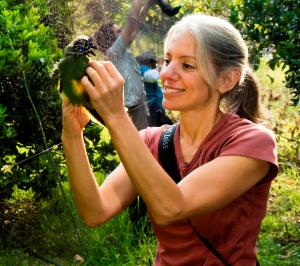 Amanda Rodewald, director of conservation science at the lab and an ornithology professor at Cornell, said wildlife managers and bird organizations are using the data and maps to guide conservation plans — including more targeted measures than were possible in the past.

One of the best examples is in California’s Central Valley, one of the nation’s agricultural centers that doubles as a flyway for birds. Biologists are working with farmers to flood their fields during a few weeks of migration to provide stopover for migrating birds.

This has dramatically increased the birds coming through, and also enables farming on those fields for all but a few weeks of the year.

“This project gives us so much more information from which we’re able to make really good decisions about the kind of conservation actions that are needed,’’ Rodewald said.

Beverly: The great thing about using these apps for birding is that you get back as much as you’re giving.

Every time you file a checklist, you’re building a lifetime list of every bird you’ve ever seen. Cornell stores the information online in your personal account, and you can refer back to your checklists at any time or download your own data. You can also see the checklists of other birders to figure out which species you’re most likely to see, and where, on any given day. We almost always use eBird to help us choose where to go birding — and even at what time of day. We use the companion app called Merlin Bird ID to help us immediately identify birds we don’t yet know. I still can’t believe it’s all free.

Anders: The last point to make is that this data and mapping provides the research firepower at a time when understanding the science of birds can help protect them.

Scientists once had to work from rough estimates of bird populations, and mere guesses about migration. Now they can draw on precision data on what birds are doing, how many there are and where they’re going.

In the last year alone, we’ve seen some of the most important avian research of our times, including major studies on the loss of about a third of the bird population, shifts in the timing of migration in North America and the likely impacts of climate change on birds. All told, eBird data has been used in about 300 scientific studies around the world.

“The data allows us just an unparalleled lens into the movement, the distribution and the abundance of birds,’’ said Cornell’s Amanda Rodewald. 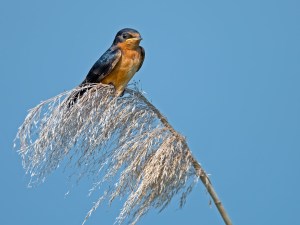 The Barn Swallow is one of 610 species featured in maps and animations./ Photo by Brian E. Kushner, provided by Cornell Lab of Ornithology

Cornell data on birds comes in several forms, all free and each with different strengths. The most useful and portable for the birder in the field is found on the eBird smartphone app, which draws from raw data and is the most up to date guidance on where birds can be found. The eBird app is also how you file checklists and keep up with your life list. The companion Merlin Bird ID smartphone app can help you identify birds you see. On the Cornell eBird website, you can find a wealth of maps and species data. For maps and species information, go to the Explore section of the website. You’ll find an introduction to the status and trends maps that are the subject of this post under the Science section of the Cornell website. With so many places you can go for data, it can be confusing to find your way. But if you learn to use all these tools, they provide excellent guidance for finding species, understanding their practices and habitat and tracking their paths through the year.

Beverly: Let’s wind things up with an animation, this one of the Barn Swallow, another long-distance migratory bird that travels from Canada to the southernmost reaches of South America. It’s spring, and all these birds are headed our way. I can’t wait to get out there and start counting!