Catching up with the California Condor: A comeback...
Our 10,000-mile update: Traveling the U.S. and writing...
What’s that tune? New, improved Merlin app has...
“He’s close.” On the trail of a rare...
The lion’s impressive, but don’t miss these visiting...
Going fishing: The Reddish Egret shows off its...
The perfect gift: A wild warbler party on...
There’s no better time to take a birdsong...
Heading West: A long-awaited trip gets started at...
It’s a bird-eat-bird world: Pileated Woodpeckers Part 2
BirdingFlightMigration 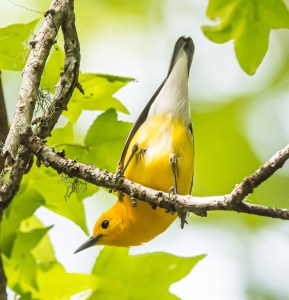 Beverly’s favorite birds have always been warblers — the feisty, colorful world travelers that are among the hardest species to find. They’re shy, skittish and can move so quickly they’re often gone before you get a good look.

Last week was Beverly’s birthday, which just happened to fall on our stop along the Louisiana and Texas coasts. It was a warbler party every day, as thousands upon thousands had just arrived from their wintering grounds in Latin America and the Caribbean. These songbirds are famished and fatigued, and for once don’t seem to mind us humans hanging around. 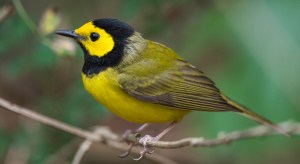 Some of the birds we’ve encountered are old acquaintances, such as the Prothonotary and Hooded warblers. In other parts of the country and at other times of the year we’ve had to chase them for days to get just a glimpse. But on this trip along the Southern Gulf Coast, we’ve been seeing Prothonotaries at almost every turn. One recent day, a Hooded Warbler ambled around in the brush at my feet, as if saying, “How do I look from this angle?’’ and, “Would you like a close up?’’ 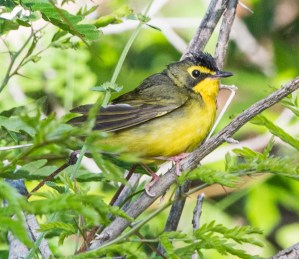 Others are warblers we’d never seen before — the Kentucky, the Golden-winged and the Tennessee. At the Sabine Woods Bird Sanctuary on the Upper Texas Coast, the Golden-winged Warbler was so hungry that it fluttered from tree to bush, hanging like an acrobat, feeding furiously with every stop. It seemed oblivious to us as we followed along just a few yards away. 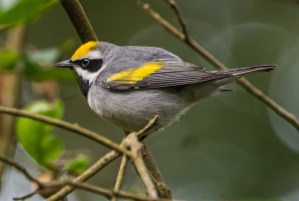 Golden-winged Warbler: An acrobat of a bird

Many types of warblers are getting harder to see because their numbers are going down. A host of forces are working against them: Much of their habitat is being lost to development, and they can fall behind in their breeding routine if insects and plants blossom ahead of schedule due to a warming climate. Warblers migrate thousands of miles twice a year, an exhausting journey that exposes them to hazards all along their routes, such as colliding into skyscrapers. Even something as innocuous as a house cat is a severe threat unless it’s kept inside. Outdoor cats kill millions and millions of birds, including warblers, every year in the United States alone. 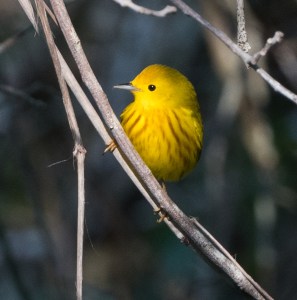 When you see warblers hit land just after their nonstop flight across the Gulf of Mexico, it’s easier to appreciate the breathtaking feat of migration. You can witness them jamming insects, fruit and worms down their throats in a glutinous spree that turns their beaks berry red. They’ve hardly swallowed, and it’s on to the next bite.

Migrators are traveling north on a mission, headed to their breeding grounds to claim a territory, find a mate and start a family. The males are dressed up in their springtime best for the courtship rituals ahead. 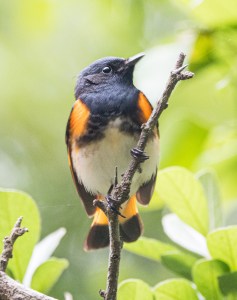 While it’s hard to choose the most impressive warbler, I was struck this week with the near-neon glow of the black-and-orange America Redstart. Not long after we spotted the male, along came a female Redstart, so the fancy attire seemed to be working.

Thanks to the colorful feathers spring is the best time to see warblers, especially if you’re not used to looking for them. For the best chance, head out to the nearest woods or the edge of a brambly hedge between dawn and roughly 10 a.m., wear clothes in dull colors of leaves or twigs, bring binoculars, stay still and listen for high-pitched chirping and buzzing. 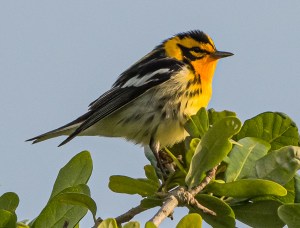 Sometimes the late afternoon can be productive as well. We caught a Blackburnian Warbler at the top of a tree just as dusk descended. Its plumage shone like a sunset in the last light of the day, a blend of black, white, yellow and orange in lightning patterns across its head. 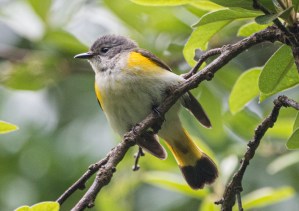 Beverly’s love of warblers has only grown as we’ve gotten more familiar with them. That has meant I’ve spent many hours chasing them, too, trying for the perfect photograph, and as often as not, never getting more than a glimpse of these hyperactive birds. The truth is, I’ve come to be as captivated as she is by these birds and their stories.

Here’s a gallery of some of the warblers we’ve seen the past few weeks. As you can see, these are birthday gifts that don’t need wrapping – each different than the last, but all of uncommon beauty. 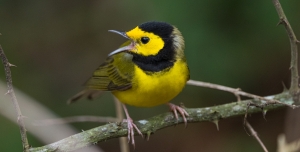 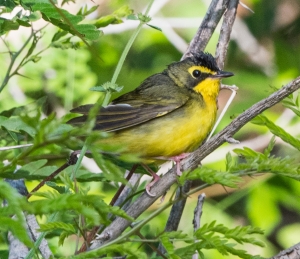 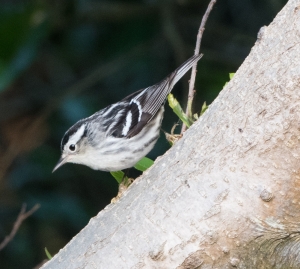 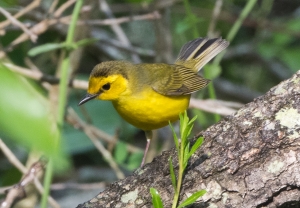 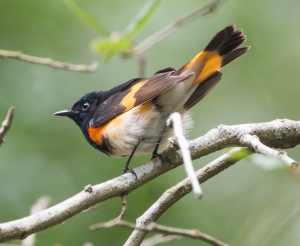 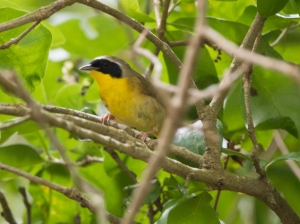 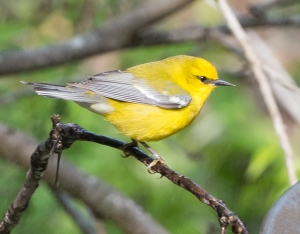 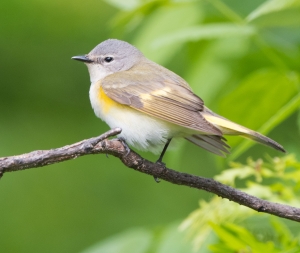 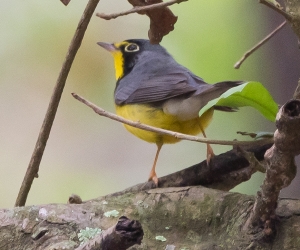 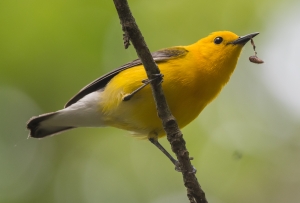 There’s no better time to take a birdsong ID app along with you. We tested them all and found a winner.

The free Merlin app puts the magic into...

Thanks so much. Our stay in Coastal Texas was really great. So many birds! Hope you’re doing well!

I never thought of being at the exact spot where these birds lan after their long flights. Fascinating. Must be exciting. Like watching a long distance runner suddenly appear and run over the finish line. Beautiful photos.

What a great way of putting it. They are like little athletes. Worthy of the avian olympics.