Visiting the hummingbird capital of the world. The sheer breadth is head-spinning.

We’ve spent so many hours chasing hummingbirds over the years that I was caught by surprise when one of these tiny birds turned the tables and landed on my outstretched hand. Light as a penny at about three grams, this curious little creature felt like nothing more than a puff of air. It sat staring at me as if it had a question to ask. 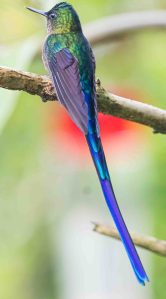 We were midway up the Andes mountains of Ecuador on a swing through one of the richest parts of the world for all kinds of birds, from toucans to tanagers to Andean Condors. Yet nothing came close to  the treasury of hummingbirds. More than 130 species — the most found anywhere on Earth — fill the rainforests, fields and hills of northern Ecuador.

In places, there are so many hummingbird feeders that the frenzied birds can mistake you for a plant, and it turned out the bird I encountered did have a question. “He’s trying to see if you’re a flower,” said Juan Carlos Crespo, a biologist who works with the Jocotoco Foundation that was leading our group. 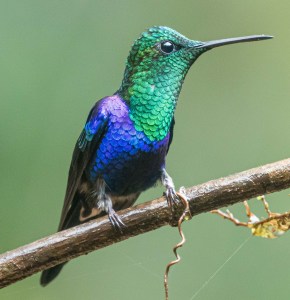 The sheer breadth of hummingbirds here is head-spinning. They come in every size and color, some with long trailing tails that end in tiny rudders, some with curiously long peaks that stretch the lengths of their bodies. But it’s the plumage that is most impressive. Depending on the angle, the tones change in the light, some as bright as neon, each new variety seemingly more beautiful than the last.

We’re reposting this piece from earlier this year on the hummingbirds of Ecuador as part of a series of three stories on hummingbirds as these amazing species move into their fall migration. The first in the series was this piece on the frenzied battles that break out between Ruby-throated Hummingbirds that grow especially active as the males bulk up for the migration. The next piece, coming in a few weeks, looks at an unusual visitors that turned up on our hummingbird feeder while camping in western Massachusetts.

We were traveling in Ecuador to gather material for our upcoming book on conservation work across the Americas. We tagged along with the leaders of the American Bird Conservancy as the nonprofit works to protect key species and land across South America. But there was always time to do a little birding, so we stopped at a string of what you could only call bird gardens, where local guides have set up a different kinds of feeders to draw birds, including some of the most elusive species you otherwise would never see.

It was impossible to keep up with all the species without constant coaching from the veterans traveling with us. In one stop, the birds taking off and leaving from one giant round feeder looked like a small airport, as if they were used to taking turns at the hummingbird bar. Here’s a video of that scene: 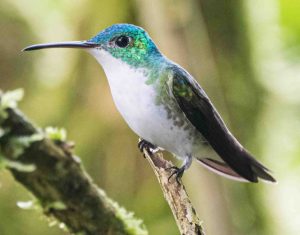 Guides have figured out what kinds of foods the birds like best and learned ways of attracting a rainbow of tanagers, toucans, and parrots. We ran into disagreements about whether these practices were helpful or harmful to the birds. On the one hand, it builds public support for conservation. On the other, does it make birds rely on food from humans?

Crespo, who has researched birds in North and South America, said he was bothered by the spread of feeders since sometimes dozens of them are spread around lodges, hotels and bird parks. He says feeders aren’t in themselves a problem, so long as there’s not too many. “There need to be some rules about them,” he said. 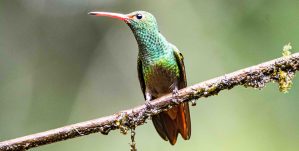 Paul Greenfield, one of Ecuador’s leading bird artists who’s helped build a number of conservation foundations across the country, said he dismissed the concerns about harming the birds by feeding them. He’s impressed with the spread of small entrepreneurs. “You see them everywhere,” he said. “Now there’s more people interested in birds.”

Mike Parr, president of the American Bird Conservancy, said the trip made him wonder why the U.S. doesn’t do a better job of experimenting with how to let people get closer to birds. “We haven’t adopted this kind of approach in the United States. Most of the refuges, you have to look at birds through a telescope from a long way away,” he said. “Instead of bringing people closer to wildlife, we’re sort of keeping people away.” 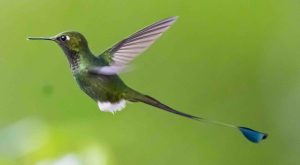 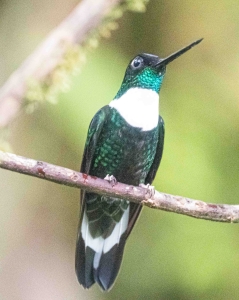 We ended up thinking the birds benefitted far more than they were set back. (Here are a couple of links that explore the issues behind feeding birds — including Audubon Society guides on backyard feeders — as well as the use of playback of songs and calls to attract birds.) In a country with so many species, the bird parks and lodges touch just the smallest fraction of the birds that are out there. Some studies even show that where hummingbird feeders are plentiful, the overall pollination goes up in the region, a sign of nature’s health.  We came home thinking that other countries should be following Ecuador’s leads.

Hummingbirds have always been among our favorite birds, and we’ve searched out as many of North America’s 15 or so species in our travels, mostly in the Southwest. Some of the most popular Flying Lessons posts have been about hummingbirds, including this one about the battles that break out around some feeders, and this one about how some hummingbirds have stopped migrating because of changes in climate. But we’d never seen anything like Ecuador’s breadth of hummingbird species. Here’s a look at some of the species we saw across the northern portion of Ecuador. 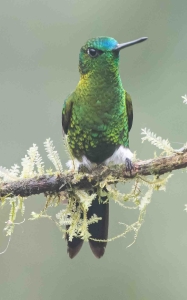 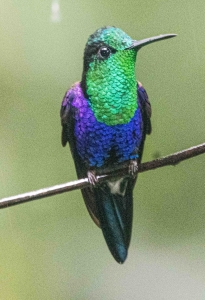 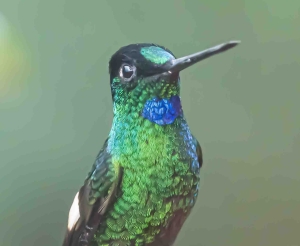 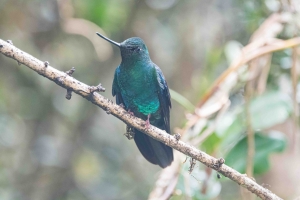 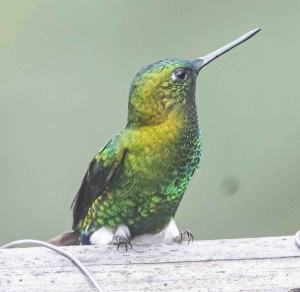 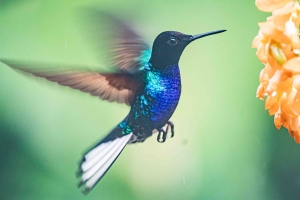 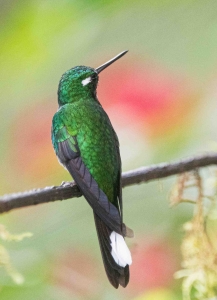 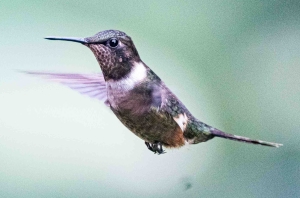 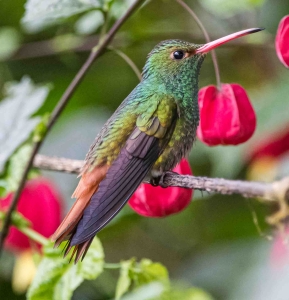 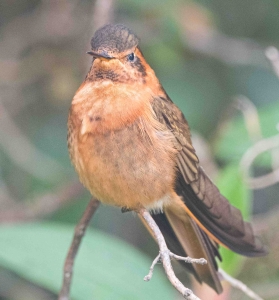 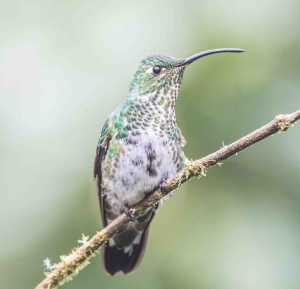 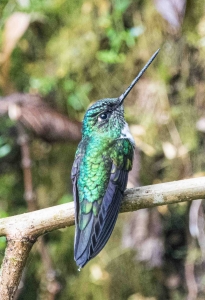 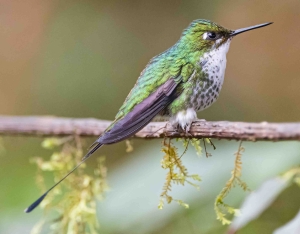 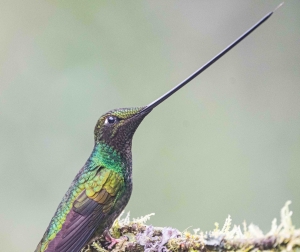 While I’m not concerned about feeders delaying migrations or reducing visits to flowers, I DO wonder if it increases the spread of pathogens like that which causes bird flu. I was disappointed this concern wasn’t addressed and would welcome any thoughts.

Thanks for your note. I’ll look to raise that worthy point when we come back to this topic.

This is very interesting Anders. You must have felt very lucky. I love to hear about the debates of feeding them. I wonder the same thing when our neighbors feed all the birds, including pigeons on our block near Prospect Park. Should they or shouldn’t they? I love these stories.

Thanks so much for you note. This one was much fun…