In the blink of an eye, this bird...
How an invisible bird is saving the rainforest
Hummingbirds on the move: Evolution on fast-forward
Third major report in succession establishes a new...
What started 150 million years ago — and...
Here are 5 top-flight gift ideas for your...
Can the Wild Turkey survive? Thanksgiving is the...
Getting a close-up view of some beautiful birds
Probing a hummingbird mystery — one band at...
How one squirrelly nuthatch can change your world...
Category: 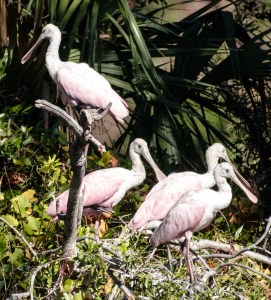 Just prior to our first-ever trip to Maine this summer, we heard we’d have a chance to meet up with Puffins.

“You know — the bird with the clown bill that’s on the cereal box,” said my friend Peter, a Maine native.

About 500 pairs of Puffins have been drawn to Seal Island as part of an Audubon project to save the endangered species.

You have to travel to a remote island to see the Puffins, he told me, but they’re amazing. Not to mention cute. The kind of amazingly cute that made me crazy for birding in the first place.

Early one morning, Anders and I boarded a boat along with a couple dozen other tourists for the 20-mile trek out to sea. The destination was Seal Island National Wildlife Refuge, a nesting site for 500 pairs of Atlantic Puffins monitored by The National Audubon Society.

A Puffin shows off its remarkable beak.

Guaranteed close-up views of Puffins and seals are the main reason to pay $75 each for the five-hour trip – but some of us hoped to spy other birds that, like the Puffin, live far out at sea: Shearwaters, Storm-Petrels, Jeagers, Razorbills and Guillemots. (Thank heaven for a self-identified “bird nerd” who stood in the stern pointing out each species as they came along.)

George Armistead tells the story of the winter morning when he was standing in a landfill while on a birding walk. He got a call from

a girl he’d just started dating. “She asked me what I was doing.’’

Then he grinned. “Do I tell her I’m at a dump looking for birds? That it’s 10 degrees outside? And that it’s one of the highlights of my year?’’

Armistead, who started birding at age 9 and went on to become a research  ornithologist at Drexel University and now leads birding trips all over the world, was delivering the keynote speech at the annual Wings over Water birding festival on North Carolina’s Outer

Banks. The roomful of birders from around the country smiled with him as he took up one of the quandaries of our pastime.

Why do birders do what they do? How do they explain it to others? Why do they walk for miles in the rain, wind and sometimes snow in search of a glimpse of a bird?

He had one of the best explanations we’ve heard.