We’re on our way to the Outer Banks of North Carolina to witness something magical.

By the hundreds, flocks of songbirds, ducks, swans, skimmers and other shorebirds will touch down on this chain of islands and wildlife preserves to take advantage of nature’s perfect pit stop. 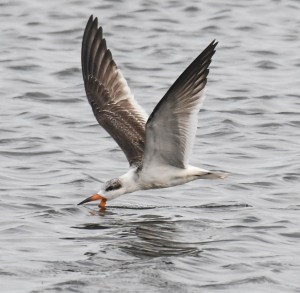 A Black Skimmer at the Pea Island preserve

When it comes to the fall migration, an 85-mile swath of northeastern North Carolina, from roughly the Virginia line to Cape Hatteras, won the geographic lottery. It has some of the richest and most diverse natural habitats for birds in the United States.

“This area is the halfway stopover point on the Atlantic Flyway for birds that are migrating to tropical areas,” said Becky Harrison, head biologist for the N.C. Coastal Refuge Complex. “And there is a continuous stretch of geographic features and habitats that’s easy for the birds to follow.”

Flying thousands of miles requires enormous energy, so periodically birds must stop, rest and refuel. “Birds are following the resources,” Harrison said. “Because this area is so connected, it means there aren’t a lot of decisions for them to make.”

American Oystercatchers speed along the surf on the Outer Banks

Flying Lesson:  Birds of every species will come when there’s a path of supportive habitat. This unique string of refuges is a model for how we can care for birds. 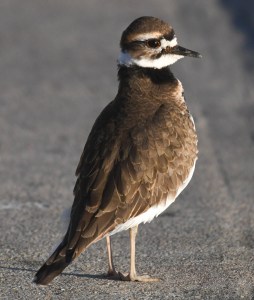 A Killdeer takes its stand in Manteo

What makes these protected areas unique is that they’re all lined up in a row. The fact that they’re managed to give a wide variety of birds exactly what they need is especially important.

“This is an amazing thing,” Harrison said. “Not every group is using the same conditions.”

Depending on the weather, fall migration on the Atlantic Flyway runs from mid-August through early December, and some 400 species of birds have been recorded along the Outer Banks. Different species move through at different times over the four-month window.

For some birds, particularly Snow Geese, Tundra Swans and ducks, this will be home for the winter. 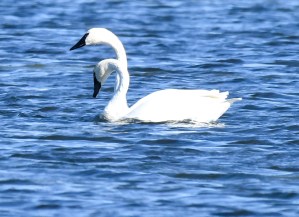 “If you go to Mattamuskeet National Wildlife Refuge at Christmas, you’ll see 100,000 Snow Geese,” Harrison said. “Depending on the year, we’ll get 20 to 30 species of ducks.”

To focus on these larger flocks that favor colder weather, the Wings Over Water Festival will hold a weekend “encore” session December 6 through 8th. To register, and for more details on the festival, visit www.wingsoverwater.org.

It does sound magical! Have a wonderful time — and we look forward to reading more about it in upcoming posts.