We take a moment this week to honor the wild turkey, a magnificent bird that is barely recognizable from its domestic cousin on our Thanksgiving Day table.  Every year in late November, we like to share a few facts about this bird that is so woven into American culture and lore. The turkey does gobble, but it also clucks and purrs. The domestic versions can’t fly, but the wild birds can for short distances — and at fairly good speeds when necessary. The turkey population has had its struggles in the past decade, as our recent stories reflect, but is doing well in many states. An estimated 7 million wild turkeys are spread across the U.S., and have moved into many places where they weren’t originally found. (That’s the male bird, or tom, above and the female hen to the right) Ben Franklin argued that the turkey should be our national bird, but the Bald Eagle won out. Imagine how it would look on the dollar bill. 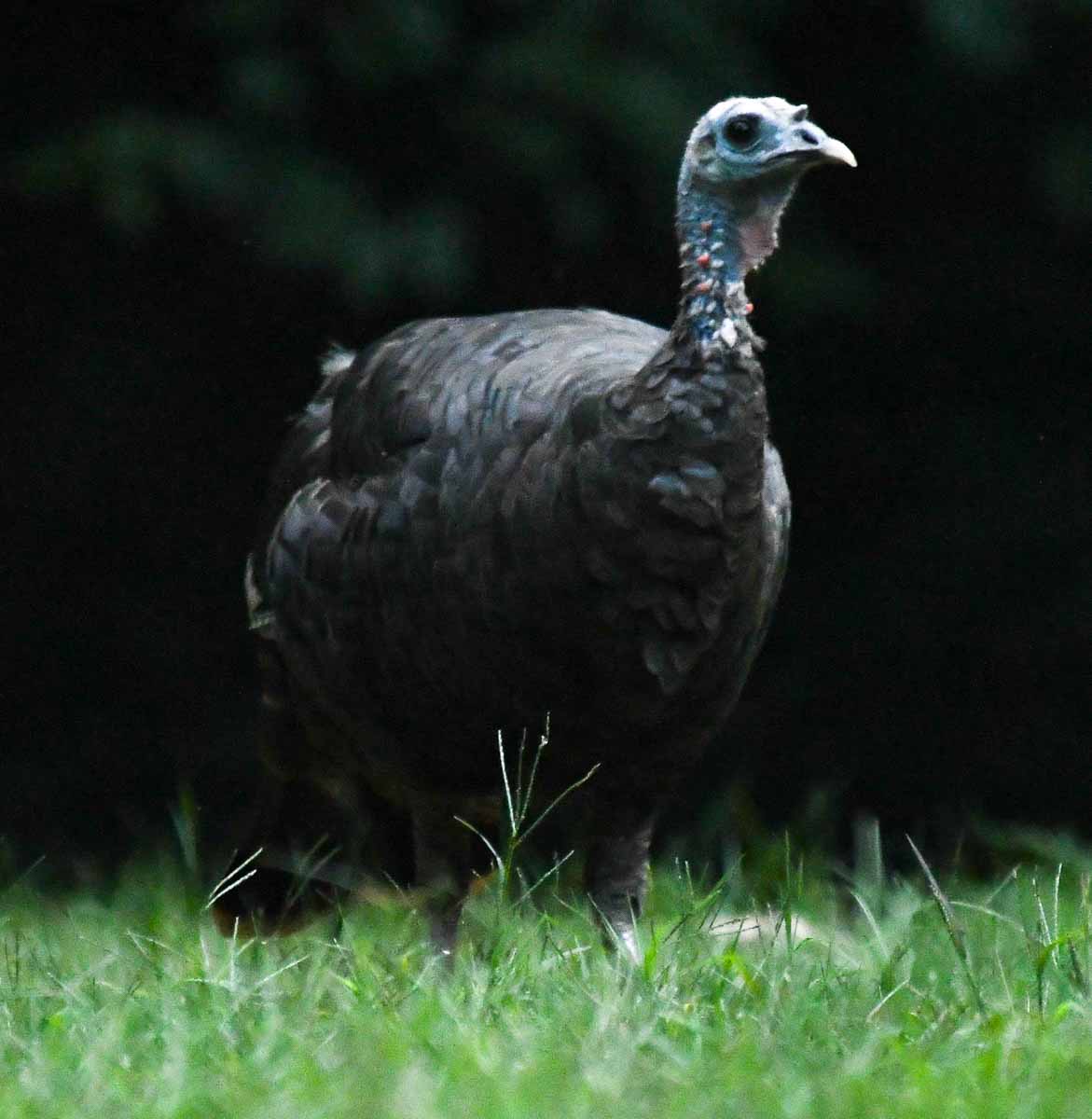