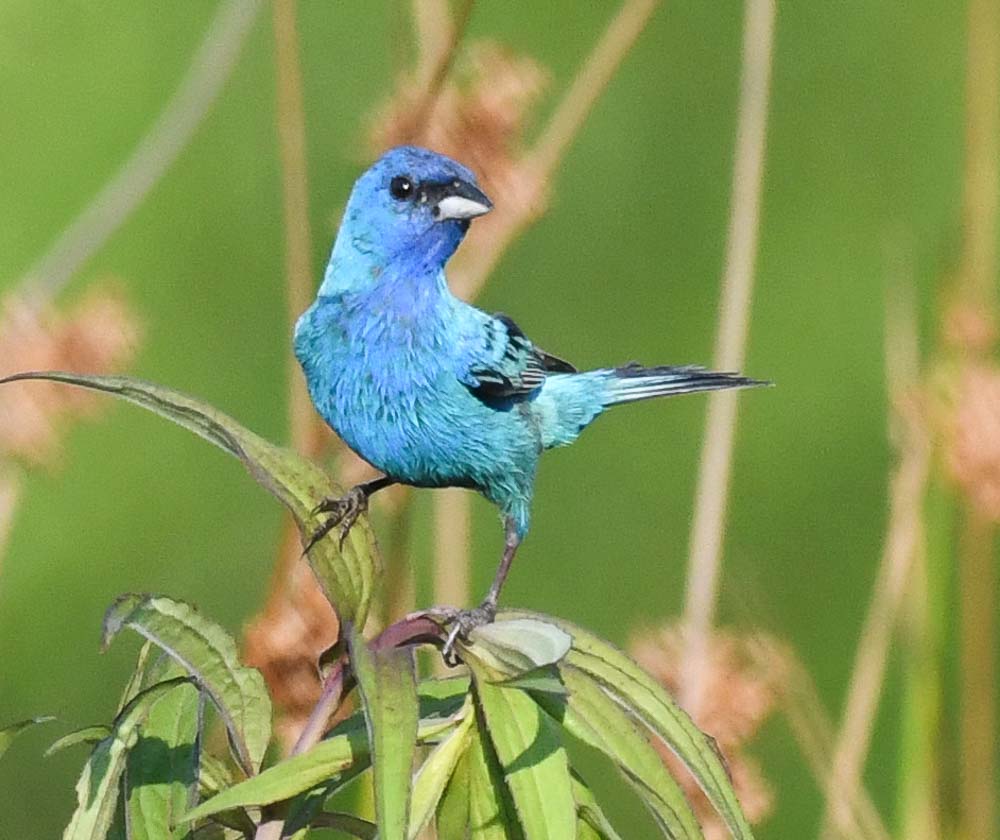 Here’s a story to help transport us to the opposite end of the calendar as winter sets in: We traveled nearly 10,000 miles this past summer in search of birds and new places — and the unexpected was often waiting along the way.

One of those stops in mid June was at Mississippi’s Trace State Park, which was promoted as a magnificent lake-front campground just off the Natchez Trace Parkway near Tupelo.

The lakefront was just overgrown weeds — many waist high.

When we pulled up to our waterfront campsite, a surprise awaited. The lake was missing — and in its place was a sprawling field of weeds, brush and brambles stretching as far as we could see.

We learned later that the lake was drained a full three years earlier after the dam showed signs of wear. They’d been working on it ever since in utmost slow motion without bothering to update the website or let folks know the prime camping spots lacked any actual water. 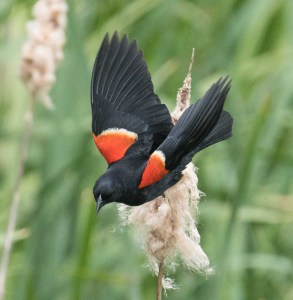 Red-winged Blackbird at the lake that wasn’t.

We thought about turning around and driving on. Who wants to look out over an empty lake bed for three days? But it was late afternoon so we decided to stay at least for the night.

And then we noticed something unusual: A symphony of bird songs was coming from the field where the lake use to be.  We stood listening to be sure we weren’t imagining it, then quit setting up camp and ran for binoculars and my camera and powered up the birding apps.

Within an hour we had spotted Indigo Buntings, Blue-gray Gnatcatchers, Red-winged Blackbirds, and lots of goldfinches, starlings and cardinals. It was the beginning of three days of terrific birding — far better than any lake view could have been.

As an added offering, our timing put us in the middle of the first flights and early worm-hunting lessons from a new generation of birds as they left the nest. Here is a mix of what we saw:

The field where the lake used to be was rich in birdlife, including juvenile and mature Indigo Buntings, Goldfinches, Orchard Orioles, Eastern Kingbirds, Savannah Sparrows, Tufted Titmice, Chickadees and Red-winged Blackbirds. 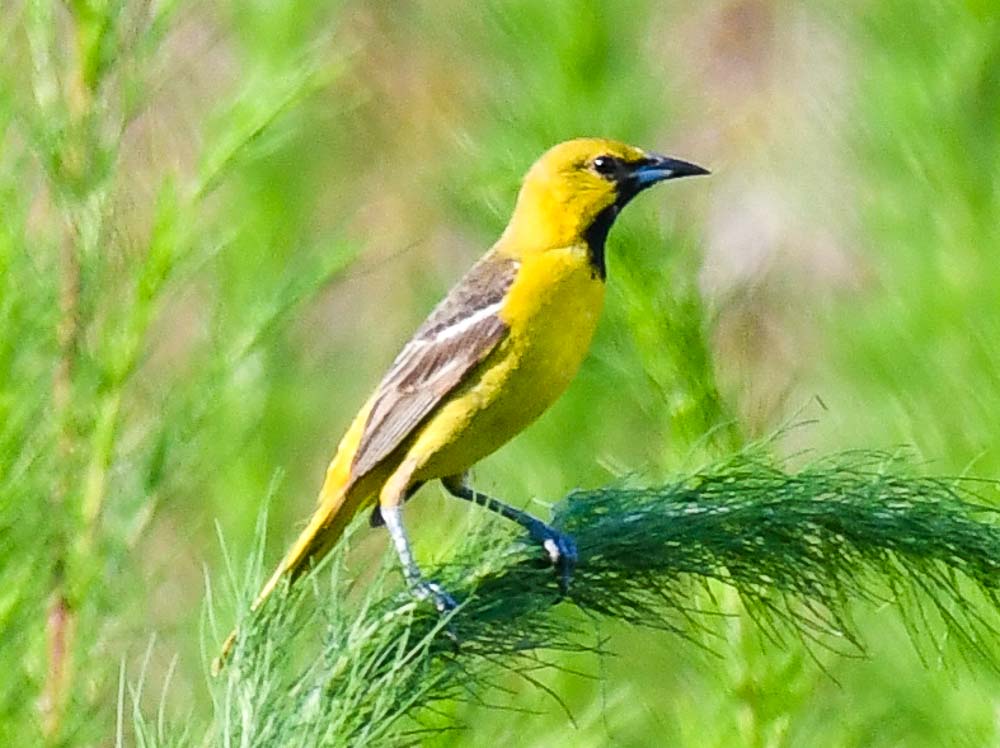 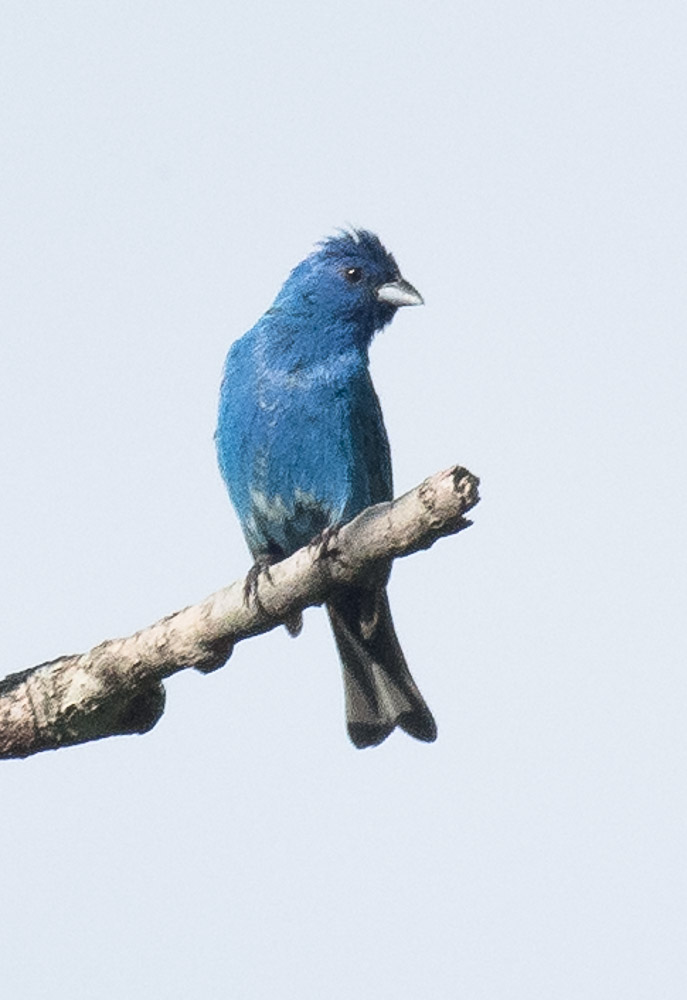 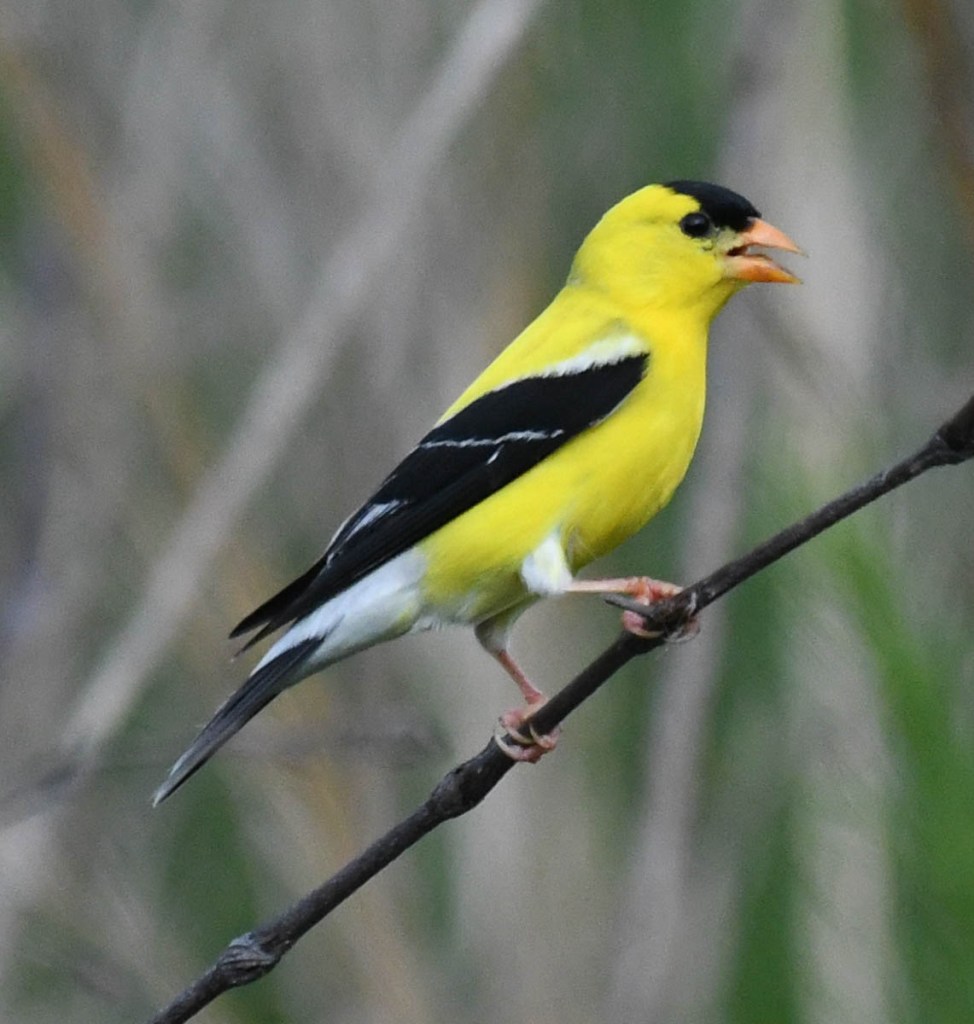 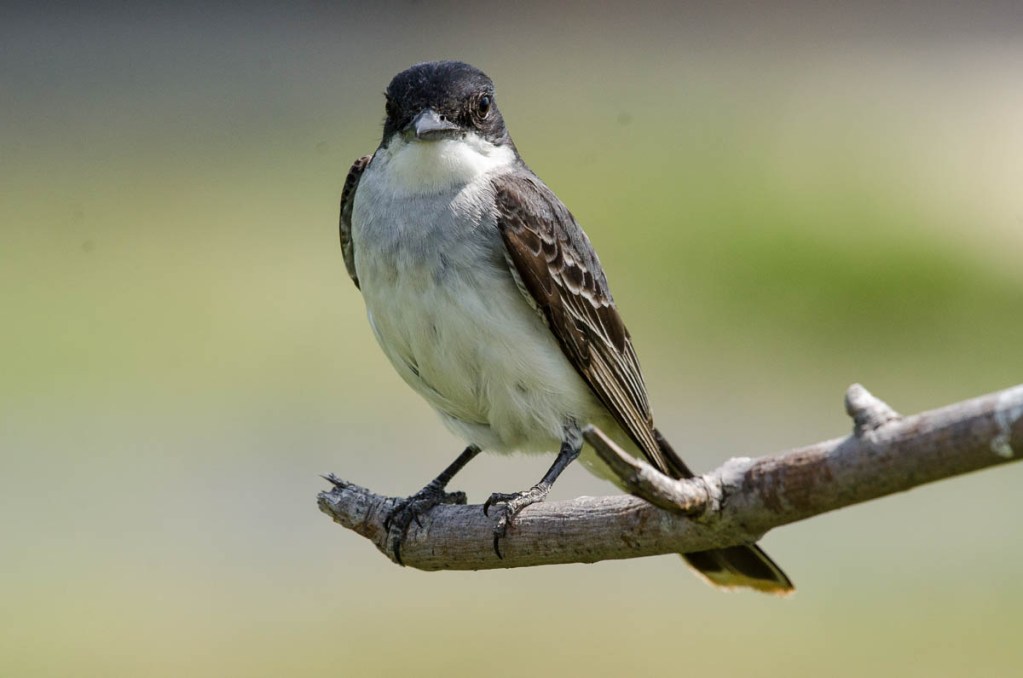 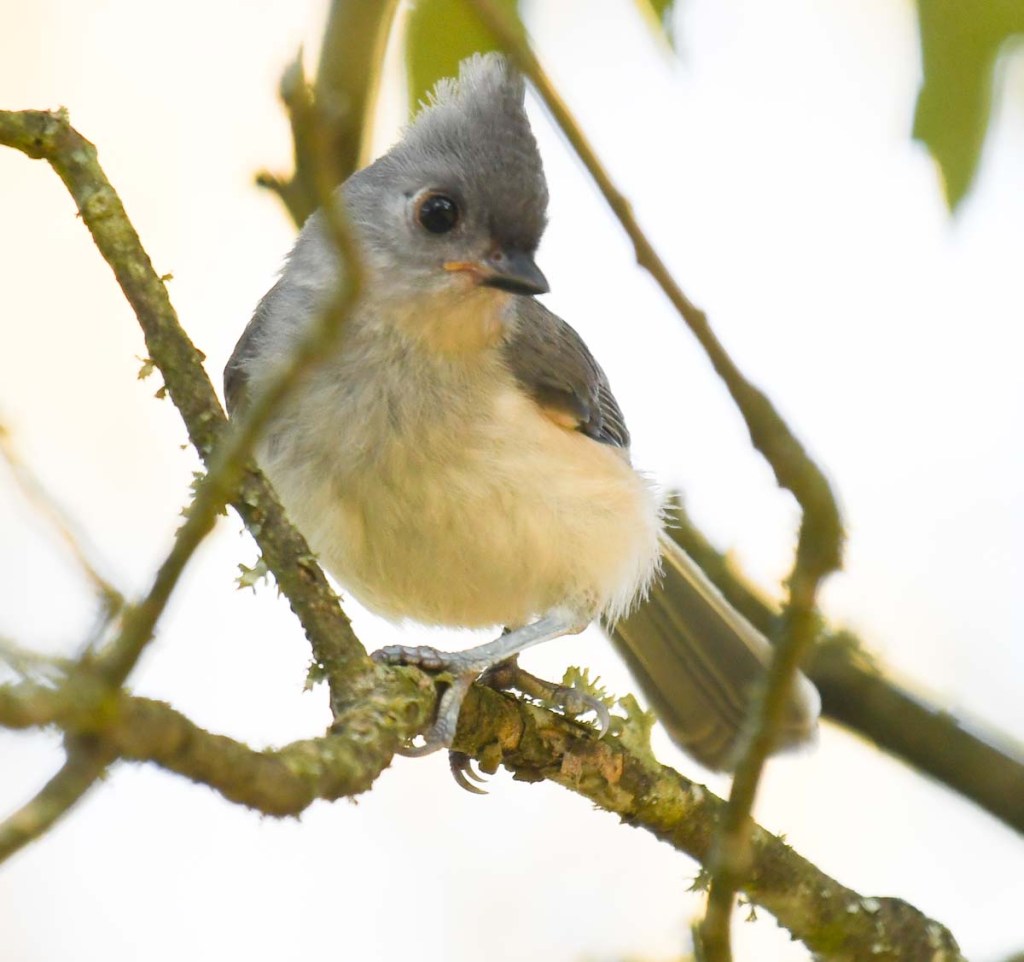 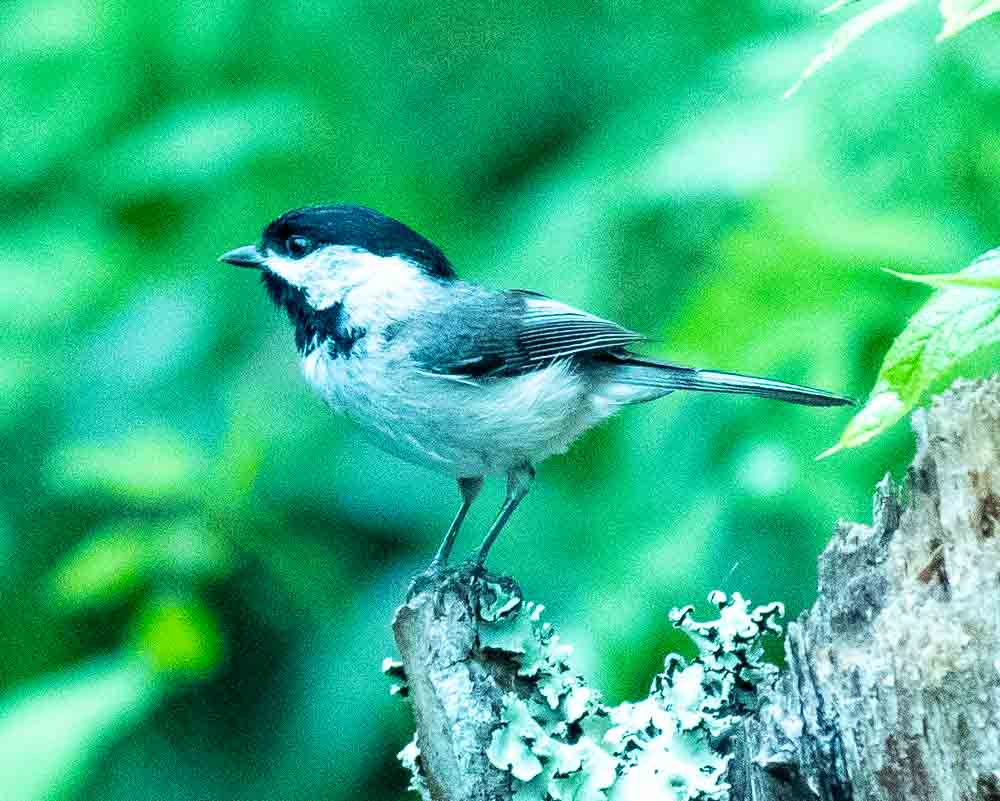 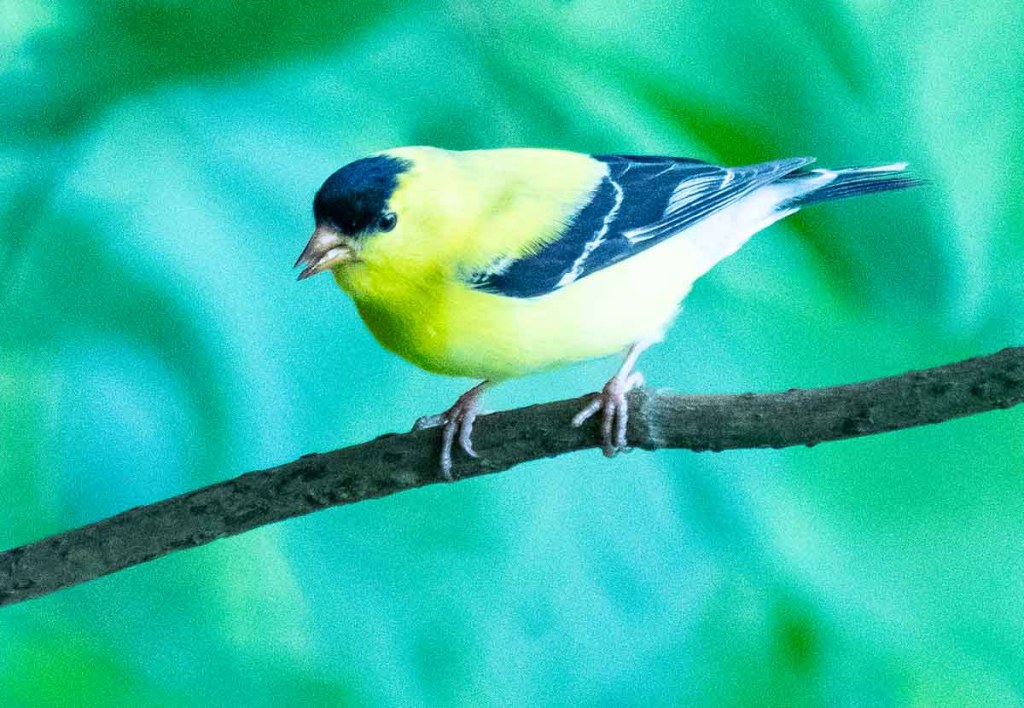 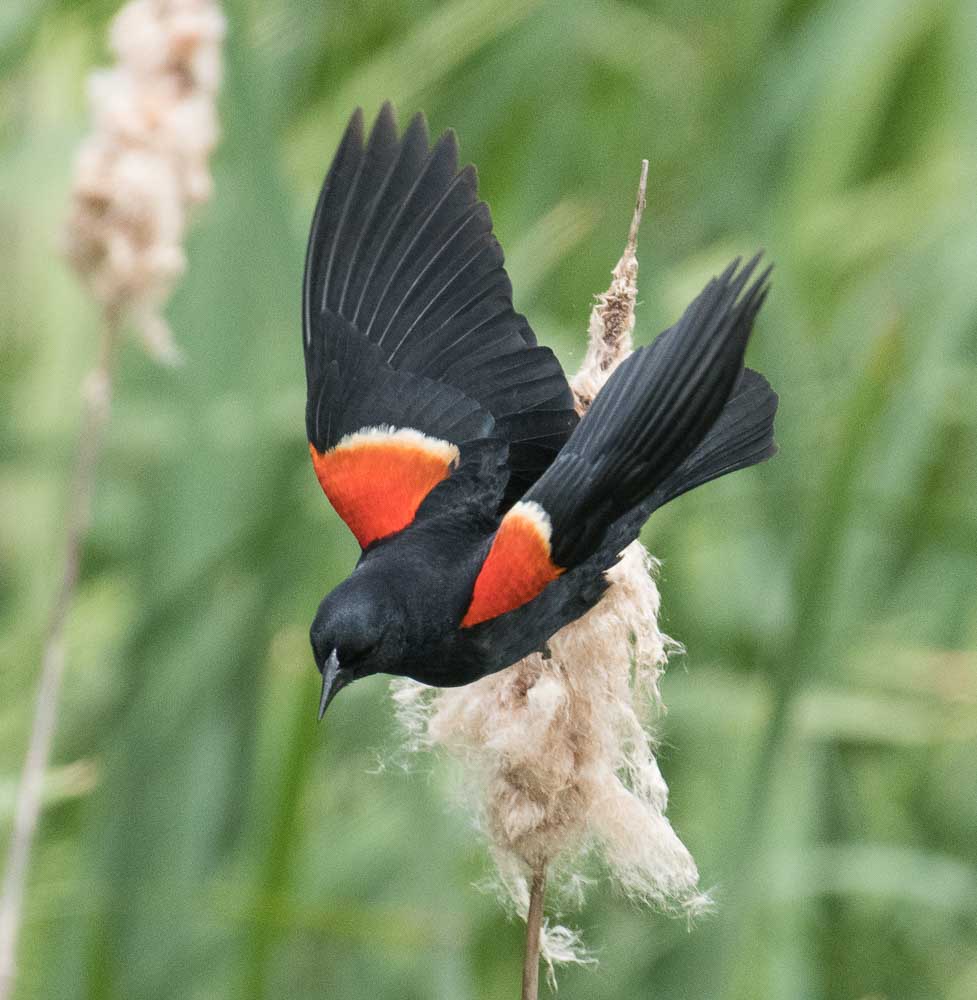 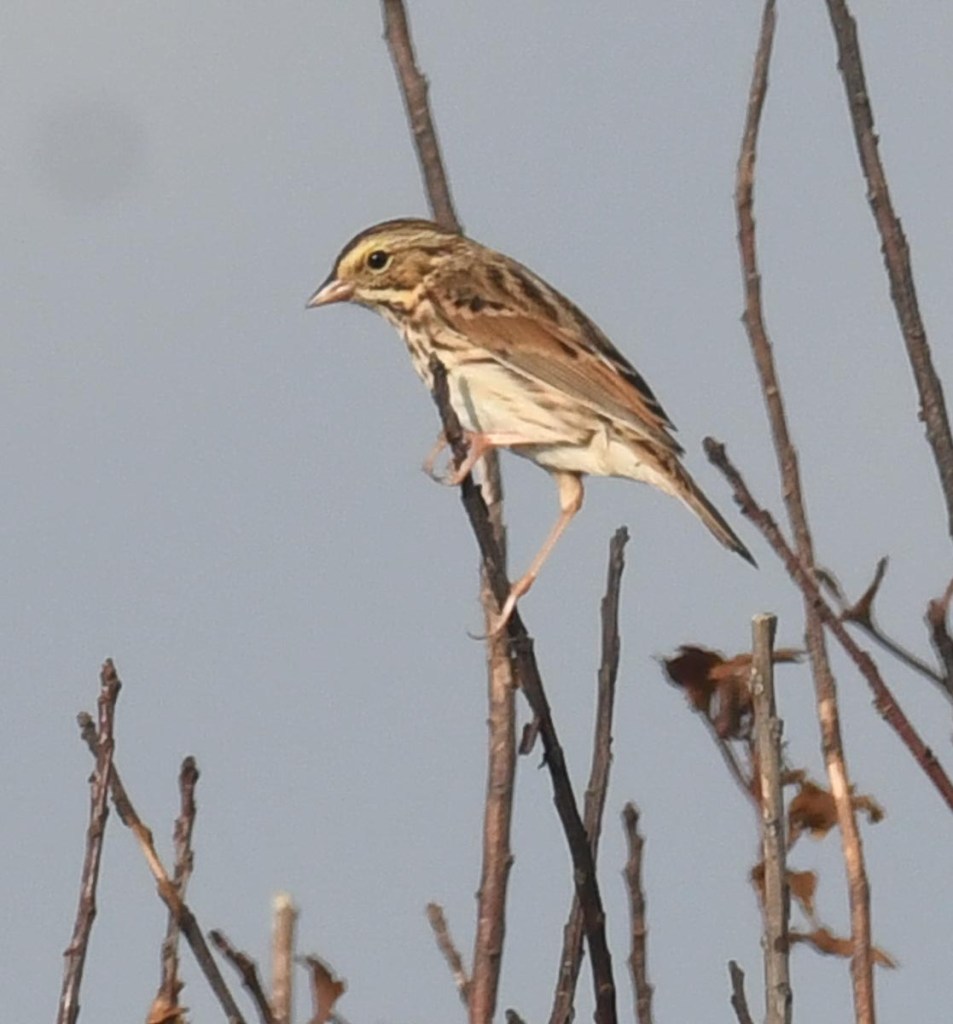 The disappearing lake left me thinking about expectations and unexpected gifts. Let’s hope they never fix the dam. 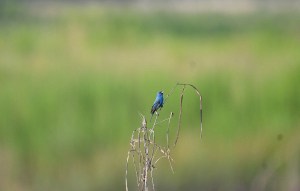 An Indigo Bunting perches near the “shore” of the missing lake at Trace State Park.

(Scroll down to leave a comment — or tell a story of when the birds surprised you with the unexpected.)

Wonderful post — and dazzling photographs. Thanks for bringing some cheer to this grey day.

This is a great lesson for life in general! Thank you.